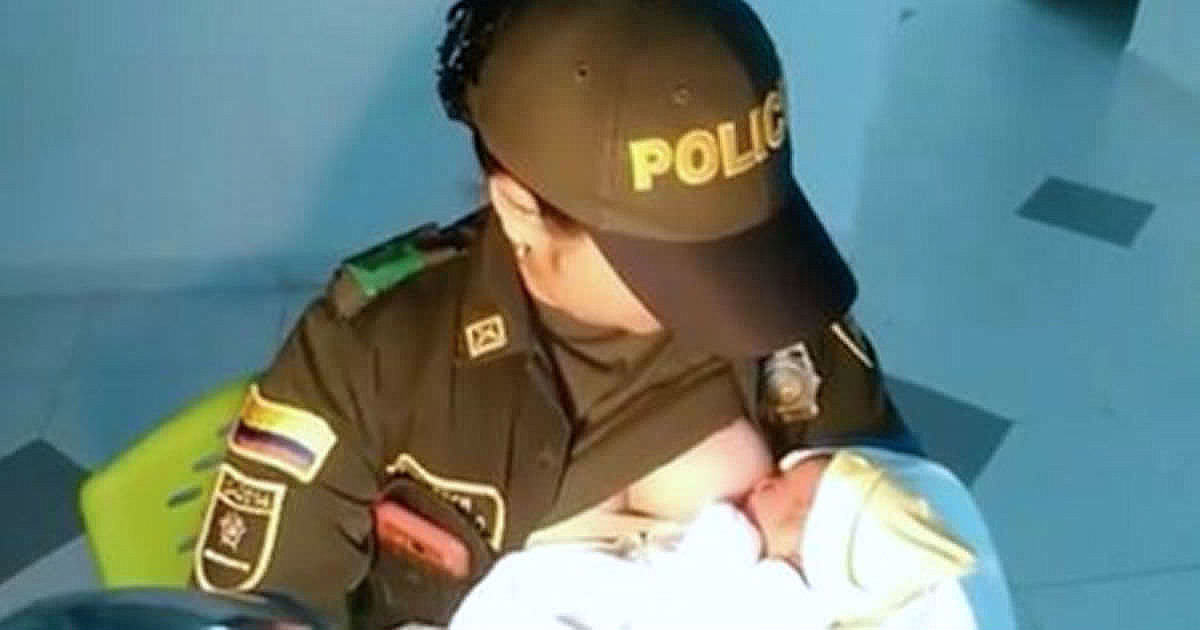 A woman named Edinora was collecting oranges in the Colombian forest when she heard a sound coming from the bushes. It sounded like a crying baby. And indeed, hidden under leaves and twigs lay a little newborn girl.

The child had probably been abandoned by her mother just a few hours after she was born. Police officer Luisa Fernanda Urrea soon arrived on scene. At first she thought that it might be a cat, but when she looked closer she became shocked at what she saw. It was actually a living, newborn baby.

The tiny girl still had some of her umbilical cord left and looked extremely weak. She was starving to death. That’s when Luisa, who’d recently become a mother, did something that affected thousands of people around the world. A simple, heroic and selfless act that shows a great deal of kindness and humanity.

Police constable Urrea was shocked by the discovery in the Colombian forest. A newborn child had been abandoned by her mother and the girl, who still had her umbilical cord, was starving to death. The police officer understood that the situation was serious and her maternal instincts quickly kicked in.

Since Luisa Urrea recently became a mother, she knew she could breastfeed the newborn baby, thus saving the life of the girl.

A video posted on Facebook later revealed the police officer quietly breastfeeding the starving child — a single gesture that touched many hearts.

According to reports, the child is now under welfare care in Colombia and searching for an adoptive family. I really hope that it will work out in the best possible way!

Watch a video about the incident below:

Please like and share this story if you think this police officer deserves all the likes of the world.