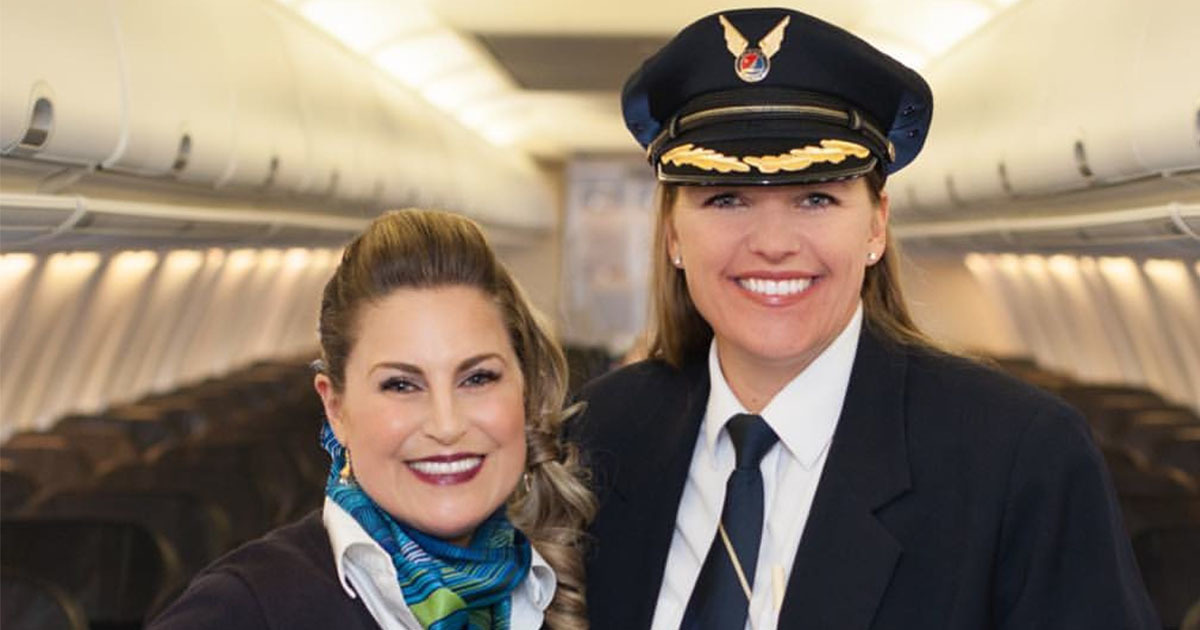 For 15 years, air stewardess Jennifer Stansel, 38, has suffered from kidney problems, which arose after she was diagnosed with lupus, an autoimmune inflammatory disease that causes the immune system to attack the body.

Then, during a flight last March, she suddenly collapsed. She’d ignored her symptoms for too long.

Jennifer could not continue to work, and when she went to hospital after landing, she was told that she was in desperate need of a new kidney. Jennifer was set up on a donation list, but her situation was so urgent that she also appealed to family and friends for help.

That’s when Captain Jodi Harskamp, the pilot who was flying the plane when Jennifer collapsed, got in touch and offered to donate her kidney. The two women had become friends a few years earlier, when Jodi’s house had burned down, and Jennifer had shown up with lasagna and wine after the tragic event. Since then, they’d been friends.

Tests were conducted to see if Jodi’s kidney was a viable match for Jennifer – and luckily, it was.

The women went to Seattle, where the five-hour operation would take place.

Jenny’s disease had progressed and her kidneys were functioning at just 6 percent of their capacity.

Despite Jodi’s big sacrifice, the airplane pilot has a positive way to see it:

How fortunate that Jennifer had such a wonderful colleague willng to help. Had it not been for Jodi, she might not be alive today.

Please share this success story with all your friends – we sometimes lose faith in humanity, but stories like this help give us some back.