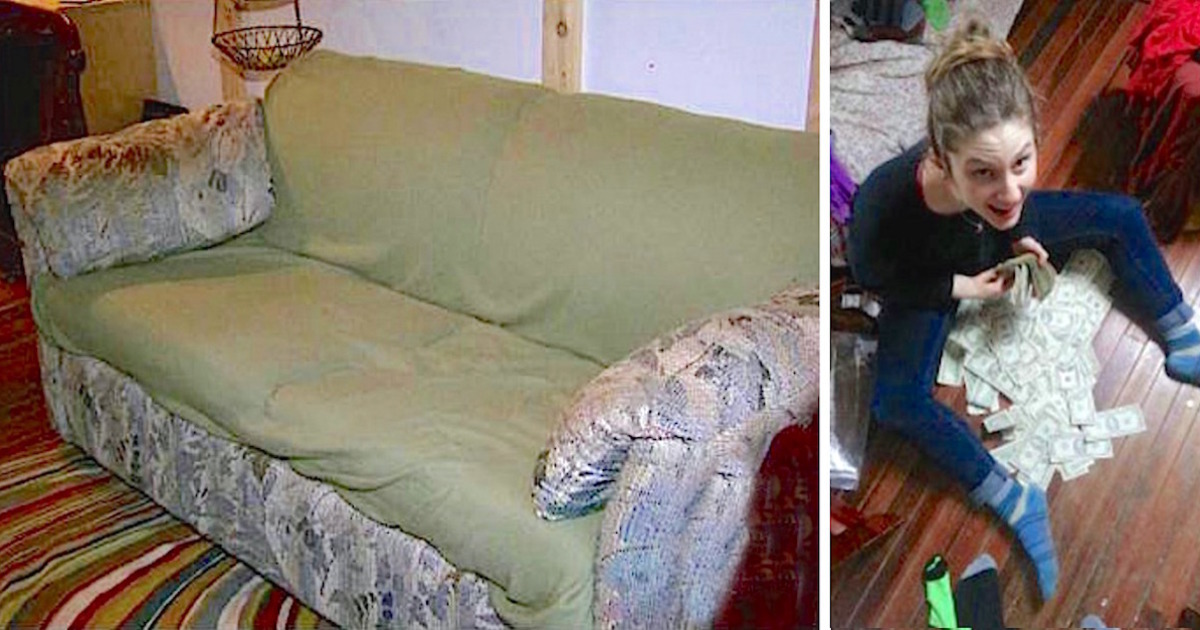 You can find some real bargains at flea markets and thrift stores. Just ask Emil Knodell, who found a secret compartment where he bought a 125-year-old dresser. Or ask these three students from New York. They bought an old, worn out couch at the Salvation Army for $20. But they barely had time to use it before they discovered a valuable secret inside.

Reese, Cally, and Lara all studied at The State University of New York at New Paltz. In 2014, they were also roommates. When they needed a sofa for their aparment, they went to a Salvation Army. They couldn’t afford an expensive sofa, so they were happy to find one for $20. It was perfect, even if it was a bit worn out.

Then when they were watching a movie together that night, the roommates felt something strange in the armrest and decided to investigate.

And what they found there left the three of them in shock. Inside the armrest was an envelope containing $700. But that wasn’t the only one…

After a feverish search, the three friends found several more envelopes, which together contained $41,000. And as you can imagine, they were besides themselves.

But along with all of the cash, the roommates also found a bank statement. Now, they knew that the money belonged to one person in particular—and they needed to find the money’s rightful owner.

Reese, Cally, and Lara sought out the woman whose name was on one of the envelopes, and soon they were knocking on her door.

It turned out that the money carried a special story. The woman told them that she and her husband had saved up the money over the course of 30 years and hidden it inside the couch. After the woman’s husband passed away, she slept on the couch, as her bed now felt lonely and empty. Years passed and the woman completely forgot about the money hidden in the sofa. Her daughter didn’t know about it either, and one day, she decided to get rid of the old, worn out couch and buy her mother a new bed.

But the forgotten cash came back home thanks to Reese, Cally, and Lara. Incredible!

The woman ended up giving them each $1,000 and it’s clear that she understands the value of their kindhearted gesture.

Hear the students tell the amazing story in the clip below: