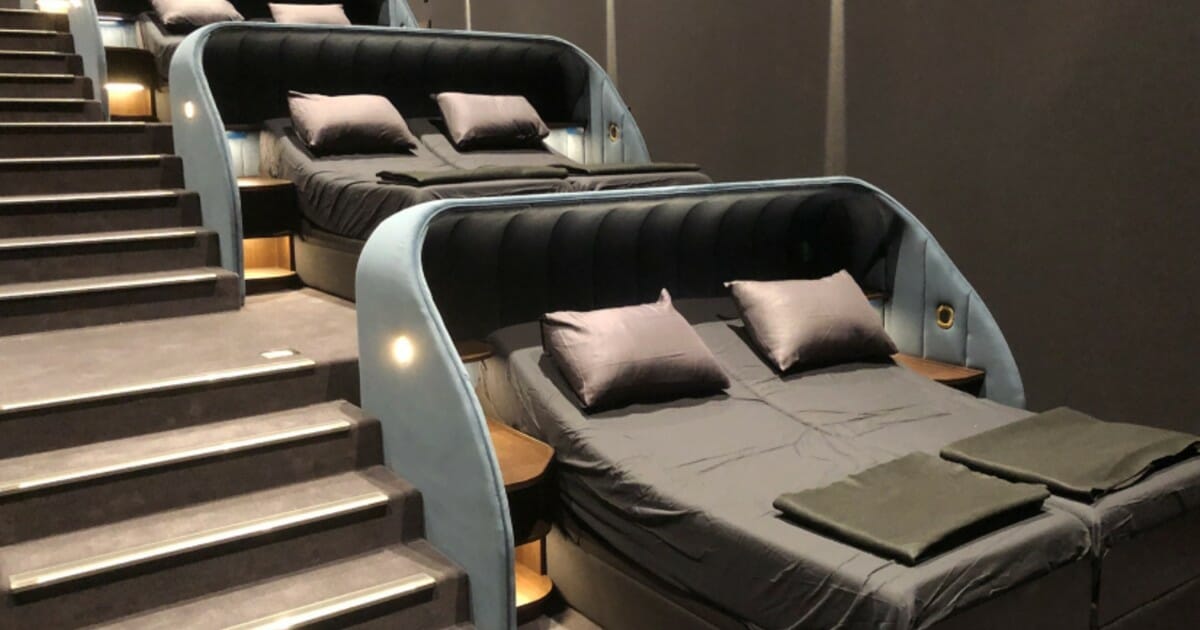 Remember when movie theaters used to have boring, uncomfortable seats that would barely lean back? Maybe your local theater still has them.

Then theaters started installing recliners. After sitting in a comfy recliner, going to a movie theater with a regular seat was difficult, if not impossible. How did you ever sit in one of those chairs before?

Pathé, a movie theater chain in Switzerland, recently opened a location in Spreitenbach, and while the 10-screen theater has viewing rooms like your average theater, it’s their VIP rooms that have caught people’s attention.

Forget the recliner, Pathé has beds.

Pathé claims their VIP rooms will deliver “ultimate cinema comfort” and after seeing photos, there’s no doubt about that.

Their unique VIP rooms feature beds, complete with pillows, bedding, and nightstands. Wineglasses and slippers are also available for guests.

The sheets will be changed after every showing.

“The hygiene aspect is very important to us,” Venanzio Di Bacco, CEO of Pathé Switzerland, said.

According to Bored Panda, viewing a movie in this theater will cost 49 francs (around $48.50), but it will also include free food and a drink.

If you think lying on a bed will make you fall asleep, you can watch a movie on one of Pathé’s colorful couches.

Or, if you have children you and your family can watch a movie in the children’s VIP room. This room features bean bags, a ball pit, and a slide.

Children can play before their movie starts.

While Di Bacco said the concept is new in Switzerland, it’s been tested elsewhere and “had no problems so far.”

Having a bed instead of a regular movie theater seat is definitely different, but it’s a concept that could catch on.

Share this article if you’d like to see your local movie theater install beds in the theaters.