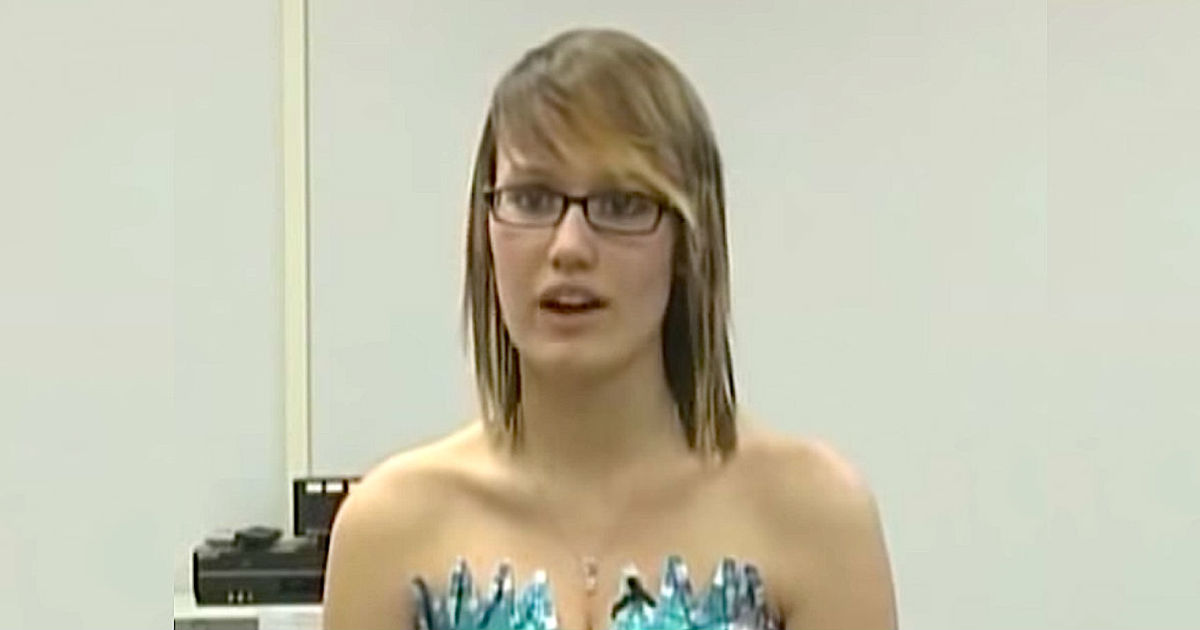 A few years ago, Elizabeth Rasmuson was fired up for the biggest night of her life so far: prom.  But instead of going out and buying a prom dress like everyone else, the teenager decided to take a risk and do something completely different. She decided to create her very own, unique dress. But when she told her friends how she was going to do it, they said it couldn’t be done. But Elizabeth not only made her dress out of gum wrappers, she also created something that had the entire school applauding her. Elizabeth spent many hours putting the dress together, always with the idea that it would be as simple as possible. She had heard about prom dresses made exclusively out of tape, but because she liked the colors of gum wrappers, she used them instead. And not only did this strong-willed teenager put several days into making her own outfit, she also made a matching piece of clothing for her boyfriend. A ball gown made of gum wrappers may sound strange at first, but the result is much more impressive than I ever could have imagined…

In 2010, Iowa high school student Elizabeth Rasmuson decided to make her own prom dress—with the help of chewing gum wrappers.

It didn’t take long for Elizabeth to draw up a pattern for the dress, but flattening out all the wrappers and cutting off the ends proved to be time-consuming. Finally, Elizabeth used iron-on material between the pieces to hold it together and coated the dress with a vinyl finish so it wouldn’t crack.

“I heard about somebody making a dress out of duct tape or something one time, so I just was like what’s something cool and I’ve always liked the colors of the ‘Five’ gum,” Elizabeth told the Associated Press.

With the help of her boyfriend Jordan, Elizabeth gathered various colors of gum wrappers. She lost count after she collected about 200 pieces. After a few days, she was ready. The result? Talk about good recycling…

Taking it one step further, Elizabeth made a matching vest for her boyfriend. The whole school was astounded when the pair showed up at the prom together.

Elizabeth’s mother, Dawn, was impressed that her daughter dared to stand out and create something of her own.

“In today’s world, a lot of the girls are just worried about fitting in and being like the next girl,” said mother Dawn.

No matter what you think of the dress, you have to give it to Elizabeth. She’s a brilliant girl with her heart in the right place, and she was also blessed with a large dose of creativity and will.

Share this article if you also think her prom dress is something special!
Published by Newsner, please like