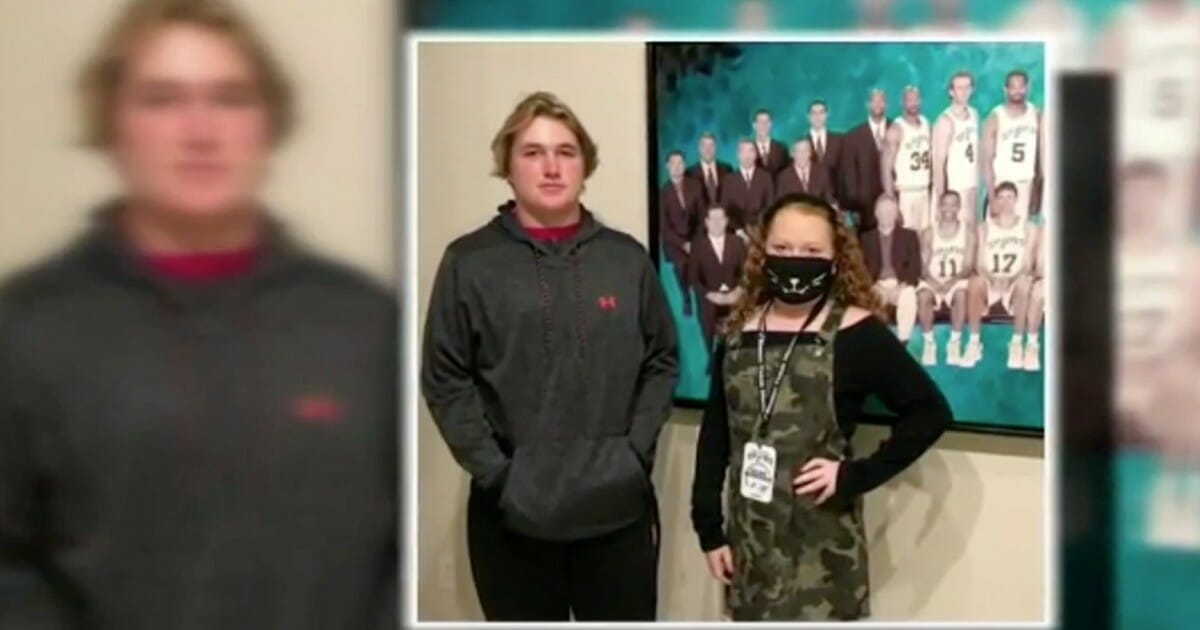 Another Texas teen is at the center of a debate about the length of boys’ hair. This time when the teen was told to cut his hair he took a drastic measure, and his family have fully supported his decision.

According to CNN, Newt Johnson, 16, was informed in December by the Poth Independent School District in Poth, Texas that he had to cut his hair by January 21 in order to comply with his school’s policy. When he returned from break, his hair wasn’t any shorter.

His mother, Jaime Mathis-Johnson, was called in to pick him up and meet with the principal. Newt’s parents were given an opportunity to discuss the policy with Poth ISD Superintendent Paula Renken, but chose not to.

Renken told CNN that if Newt returned to school he would have been given in school suspension or detention.

Not wanting to add any extra stress to his family, Newt decided to withdraw from school and be home-schooled.

So why the big fuss? Newt has been growing out his hair in support of his 11-year-old sister, Maggie, who in October 2019 was diagnosed with Wegener’s disease, a rare autoimmune disease that’s characterized by the inflammation of various tissues and often affects the kidneys.

When Maggie was first diagnosed, POTH ISD raised $3,000 for the family.

“I get like nauseated and I’ll throw up and like get a real bad headache,” Maggie told WOAI. “I have to get chemo, dialysis.”

As a result of her treatments, Maggie has started to lose her long, red curly hair.

Newt felt it was only right that he help his sister, so he began growing out his hair, something that his family supported.

“I was proud,” his father said.

Even when Newt’s school told him he had to comply with the school’s guidelines – no longer than the top of a dress shirt collar – his family stood behind him.

“I don’t understand why you’re kicking him out for doing something for me, if I need it I need it,” Maggie said.

“Listen to your kids, if they really believe in something even if it does go against the rules sometimes you just have to dig deep see if it’s really worth it or not,” his father said. “It’s worth it.”

“Principal Deaver performed his duties as he is expected to under the policies and procedures in place. He and his staff, along with the other two campuses in Poth ISD, enforce the board directed rules and guidelines fairly and consistently,” Renken wrote in a since deleted Facebook post.

What do you think? Should Newt have been allowed to continue at school and grow his hair to donate to his sister?