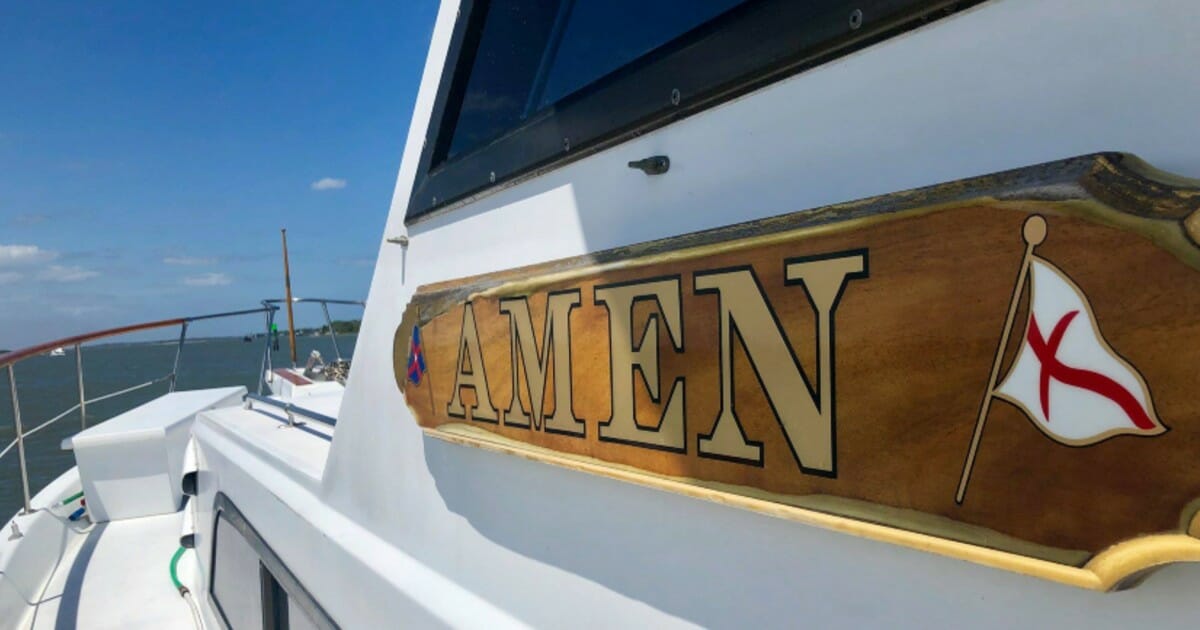 Some things are just too coincidental to believe that there wasn’t something or someone else involved in the outcome. Take for example, Tyler Smith and Heather Brown’s rescue at sea.

Were their prayers answered?

Tyler Smith and Heather Brown were enjoying a day at the beach for their senior skip day, when they decided to take a swim in the ocean. The high school seniors planned to swim to a nearby island, but conditions made it extremely difficult. 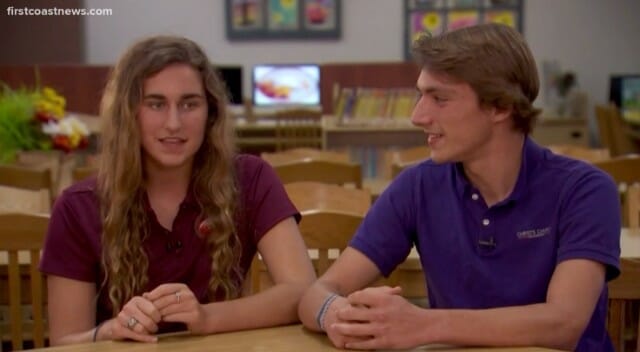 The teens, who are students at Christ’s Chruch Academy in Mandarin, Florida, were swept out to sea. Although they had been at the beach with friends, they were out of sight from the shoreline and the current kept pushing them further and further away.

“We were both dead tired at that time,” Tyler said. “All we could do was float and hold hands.”

But there was one more thing the teens were able to do, pray to God.

“He was the first one to start calling out to God, honestly, just like praying for strength to swim,” Heather said.

As the teens asked for strength to survive, Eric Wagner was on his way from Delray, Florida to New Jersey via his boat, the “Amen.”

In a Facebook post, Wagner said the sea was “rough” and the wind was between 15 and 20 knots, but he had decided to make the trek north anyways.

“Nearly 2 miles out: over all the wind, waves, and engines we thought we heard a desperate scream,” he wrote.

Wagner and his shipmates realized the scream had come from behind them and quickly initiated a u-turn. While fighting the winds and waves, the crew threw the exhausted teens lifejackets and a rope. Wagner wrote they had to pull them onboard because they were “too weak” to climb the deck ladder.

While everyone awaited the Coast Guard’s arrival, Wagner and his crew helped to keep Tyler and Heather warm and comfortable. When they pulled them out of the ocean the teenagers were “shivering and pale,” and Tyler struggled to answer some questions, but was coherent.

“… the boy told me he called out for God’s help. Then we showed up,” Wagner wrote. “I told them the name of the vessel, that’s when they started to cry.”

Tyler and Heather’s rescue is truly a miracle. How else can you explain the timing and the name of their rescue boat?

Share this article if you believe their prayers were answered.