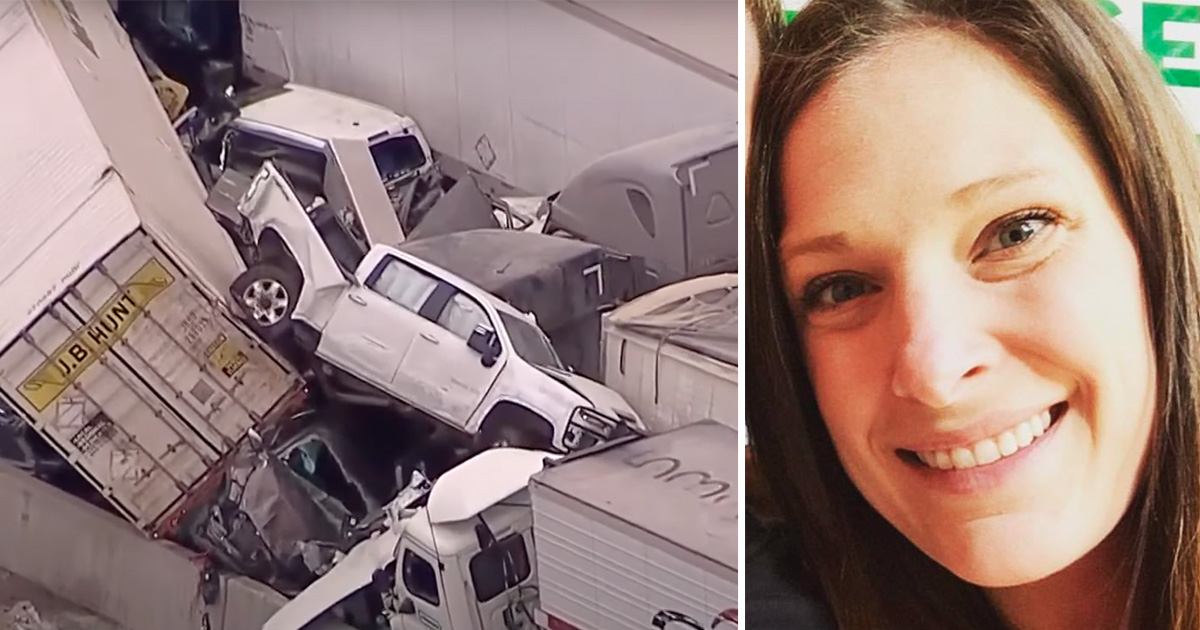 People all over the world are calling nurses and medical staff heroes and angels, risking their own safety to take care of people who are struggling during the covid-19 pandemic.

And it’s true, these people are true heroes for doing everything they can to help as many as possible, even though it means working overtime, long shifts and sacrificing their own health. I genuinely hope that they will be praised for all future, as well as being well-respected and getting paid more.

If there isn’t enough proof of these heroes’ actions, we’ve got one more for you: Her name is Rebecca Benson, a nurse from Texas.

On her way to work around 6:30 a.m. Thursday, she was in the middle of a massive car crash north of downtown Fort Worth involving more than 100 vehicles, ABC11 reports.

Fire officials said at least six people were killed in the massive crash.

Just like any other day, Benson was driving to work. She knew that the weather was bad, but as soon as she got on a bridge, there was black ice.

“My car started to spin out a little bit, but nothing crazy, and so i was adjusted,” Benson told ABC11. “While I was coming around the corner, I see the cars in front of me. I’m trying to not spin out and to figure out if I can stop. I mean, my foot was as close to going through the floorboard as it possibly could be. And I realized that there’s no stopping.

She continued, “So, there was a Coca-Cola semi and a car hauler semi that had kind of made almost like a triangle. So, I wanted the car there and prayed to God that I would be okay and that’s when I hit them.”

Several cars and semis slammed into Rebecca’s car, and looking in her rearview mirror, she could see cars headed towards her. She described it as “the scariest part.”

Benson managed to climb out of her car to try and help other people. Once she had gotten free, she called one of her co-workers – and hitched a ride to her work at the hospital.

Rebecca spoke with a police officer at the scene and left with her colleague. But before she brought herself into the hospital to get a checkup, she actually worked her shift.

“My husband was like, ‘We need to get to the hospital.’ So I worked until things kind of cleared up, and then got a ride and came to the hospital to get checked out,” Benson said. “I have neck pain, shoulder pain, and my left elbow is bruised to the high-heavens and, you know, typical aches and pains that you would have. But I am unbelievably blessed.”

In a Facebook post, Rebecca writes, “This was one of the scariest days of my life. I truly have angels watching over me. My vehicle was pinned in between the coke truck and the semi with the cars at the beginning of the video. I hugged my family extra tight tonight. Saying a ton of prayers for all involved”.

We’re so glad Rebecca made it out alive. Our thoughts and prayers are with all people involved in this horrible crash.

Rebecca Benson is a true hero, alongside all her colleagues at hospitals all over the world, making sure that we get the best treatment possible.