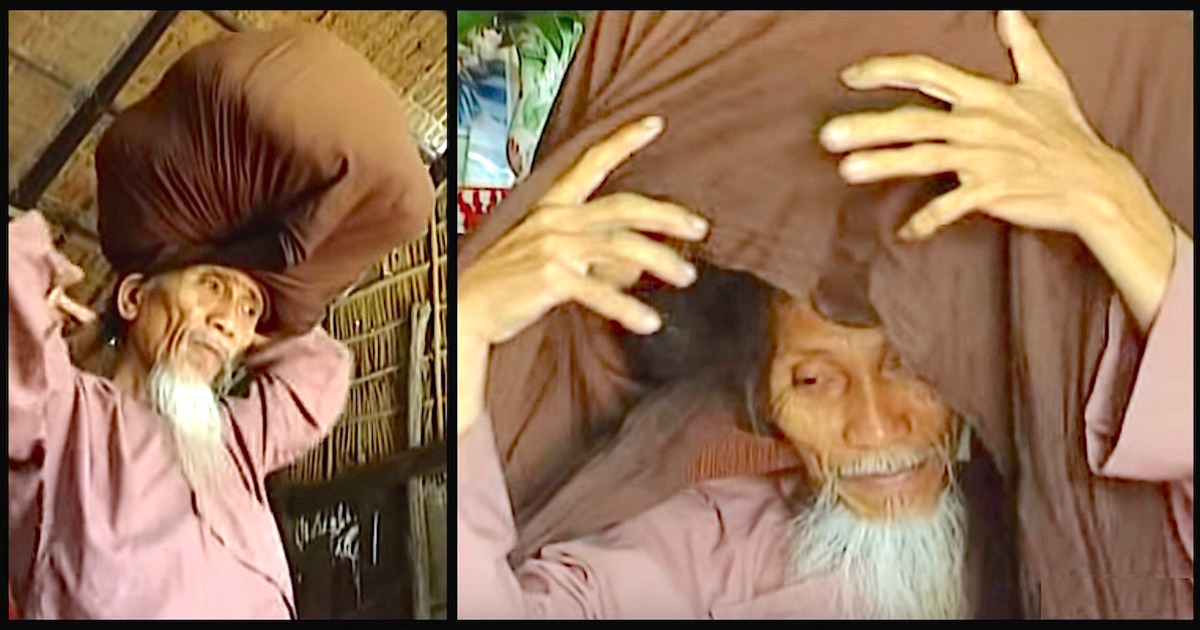 Tan van Hay already made headlines, many years ago.

When the Vietnamese man was 73, a camera crew visited his home to document a real talking point in Vietnam – his incredibly long hair.

Tan Van Hay became seriously ill when he cut himself at age 25, so he decided never to use scissors again. 50 years later, his hair had grown to 6.7 meters long and weighs about 10 kilograms.

Although his hair has never been officially measured and didn’t end up in the Guinness Book of Records, Tan Van Hay has been known as the man with the longest hair in the world.

His wife, Nguyen, says her husband’s trandformation grew into his persona. The more his hair grew, the more he became inspired by local Buddhist monks. Tan Van Hay therefore devoted the rest of his life to curing people with natural medicine.

In the video below, he removes the headscarf he wears, when some guests come to visit. The wife puts it gently over the kitchen table, so that everyone can really see the incredible length of his hair.

But the long hair also brings about certain challenges. Tan Van Hay often struggled to balance it on top of the head while performing everyday activities and chores.

Unfortunately, Tan Van Hay passed away in 2010, dying of natural causes at age 79. But his native village will never forget this generous man – not least because of the unprecedented hair!

Take a look at the video below to see Hay’s hair with your own eyes.