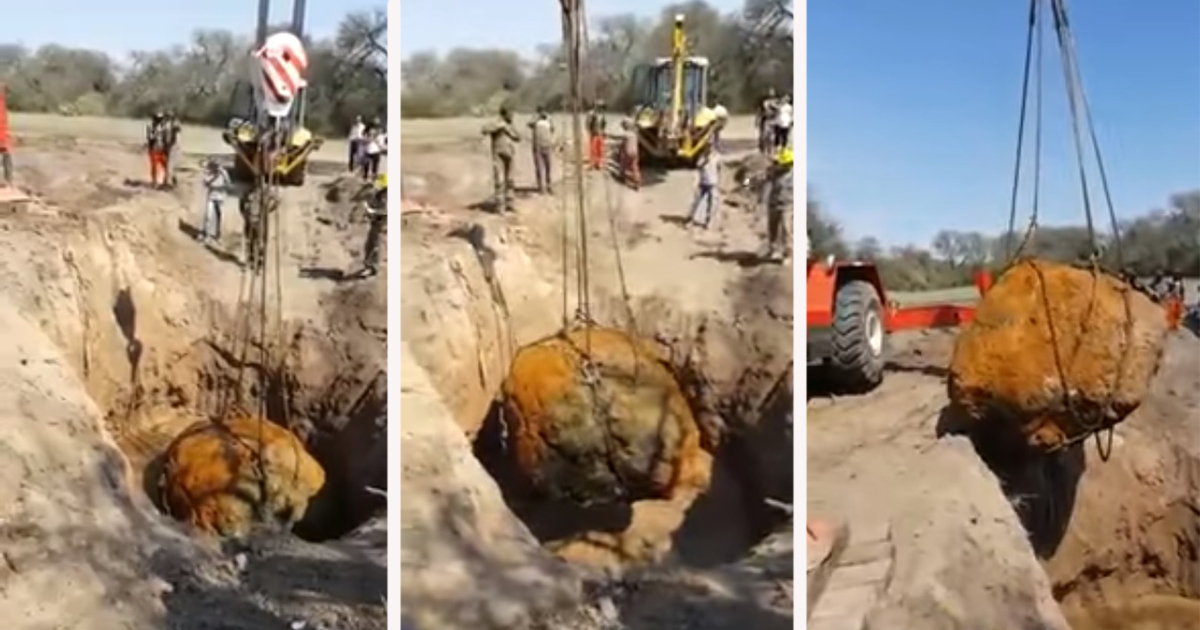 A significant moment in history happened in Argentina a few days ago when scientists made a 30-tonne, out-of-this-world discovery.

But the story starts a little earlier than that – about 4,000 years earlier, to be exact.

A shower of metallic meteorites fell at Campo del Cielo, in Chaco Province, with one sitting there undiscovered until Saturday.

Scientists were excavating the site when they came across something which made them double-take – a huge meteorite.

A few days later, a team was assembled to lift the metallic space rock out of the ground so it could be fully examined.

And early indications suggest it is the second-largest meteorite to ever be found – weighing at an estimated 30 tonnes.

The object will now be studied closely, with a detailed weight and size set to be calculated.

It’s amazing to think that something found on Earth could have travelled so far, so long, yet has only just become known to us.

Watch the dramatic moment the meteorite is unearthed in the video below:

Share with your friends to let them know about this fantastic discovery!