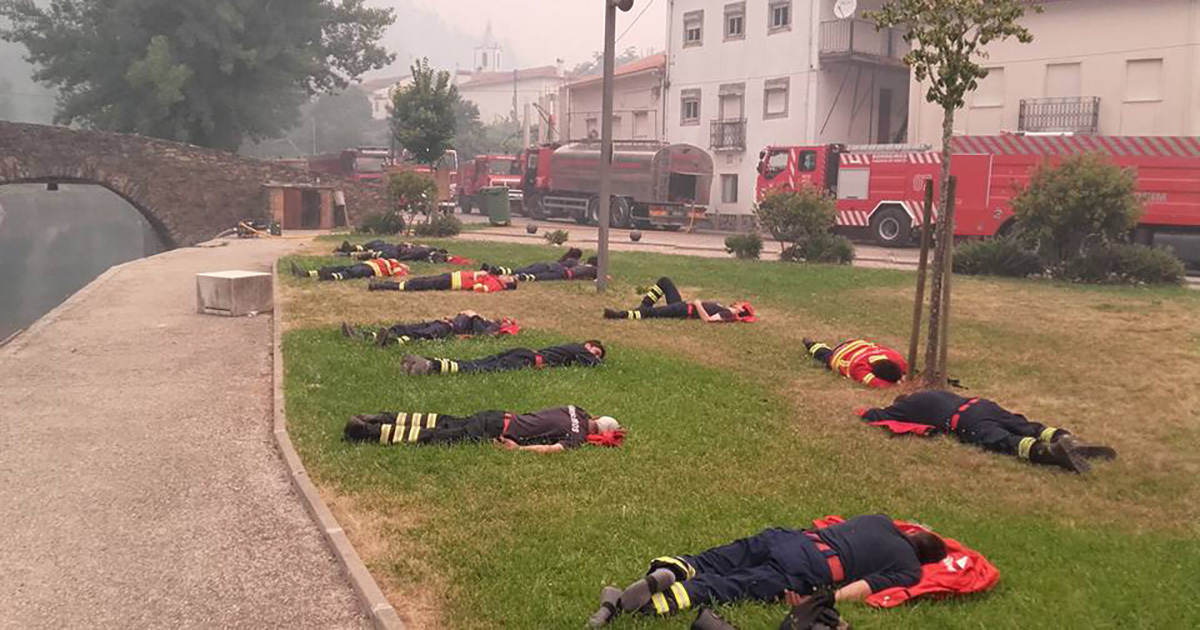 Back in 2017, central Portugal was seeing one of the worst tragedies it has had in its modern history.

Massive disastrous forest fires claimed over 60 lives and 1,700 firefighters were doing everything in their power to prevent the further spread of the fire.

During the tragedy, one particular image went viral – and it’s no surprise why. It perfectly captures how firefighters work bravely and tirelessly to help civilians and save lives.

Firefighters have been braving violent forest fires in Portugal in one of the country’s worst modern disasters.

The casualties continue to rise. So far, 64 people have died and 50 have been injured.

But these figures would no doubt have been much higher without the extraordinary efforts of the towns’ firefighters, who have bravely been throwing themselves into flames to fight the massive fire.

“The firemen have done everything they can. Several of them have been seriously injured,” Portuguese prime minister Antonio Costa said.

A photo uploaded to Facebook on Sunday by fireman Pedro Bras clearly shows the circumstances he and his colleagues are working under.

The photo, now spreading across the world, shows exhausted Portuguese firefighters resting on a lawn after working long hours to put out a massive fire in Pedrógão Grande.

13 exhausted firefighters lay on the grass for a 25-minute break.

“After a full day and a whole night’s work, we took a rest and rested for 25 minutes by the river, you can see that the air is dense with smoke,” Pedro writes on Facebook.

Many have shown their gratitude and support for the firemen in comments under the posted picture, according El Mundo.

“These firefighters are prepared to risk their own lives for such small salaries,” writes one person.

“Football players earn millions and live in 5-star hotels. Our firefighters risk their lives to save people’s lives and properties. And they are sleeping on the ground. Those are real heroes!”

Aren’t these pictures just humbling? All over the world, firefighters deserve our deepest respect.

Please share these pictures to pay tribute to the heroes who are prepared to risk their lives in order to save others.