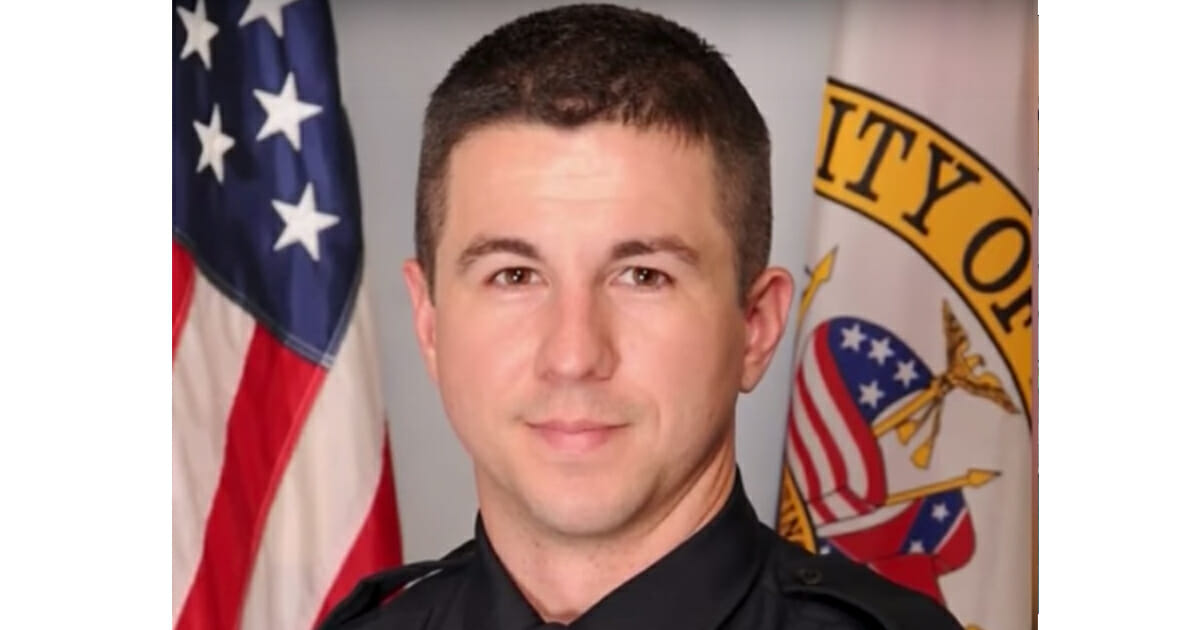 An Alabama police officer was fatally shot on Sunday in the process of following up on an investigation in Mobile, according to police.

Police Chief Lawrence Battiste told reporters that Officer Sean Tuder “was doing some follow-up work on an investigation and was gunned down by a suspect.”

The suspect, Marco Perez, is currently in police custody, though Battiste confirmed he wasn’t specifically sure if he was the shooter or not …

According to Fox 10, Perez was wanted by Mobile police for property theft and for supposedly filing a false police report. It’s said federal authorities were also seeking him for probation revocation.

Having been named “Officer of the Month” in August 2017, Tuder had been with his department for less than five years. As per Battiste’s report, he “was really just getting into that part of his career where he started having a really major impact on not just the people in the community, but the men and women who work here in this department.”

Tuder’s death comes almost a year after another Mobile officer, Justin Billa, was shot and killed on duty after trying to apprehend a man who had killed his ex-wife.

“I don’t know what’s going to be the change,” Battiste told reporters. He also admitted that helping police identify “bad seeds” and those “wreaking the most havoc in their community” could help.

Our thoughts and prayers go out to Officer Tuder’s family. We hope they can find small consolation in the fact he died as a hero.

Share this article to pay tribute to Officer Sean Tuder!