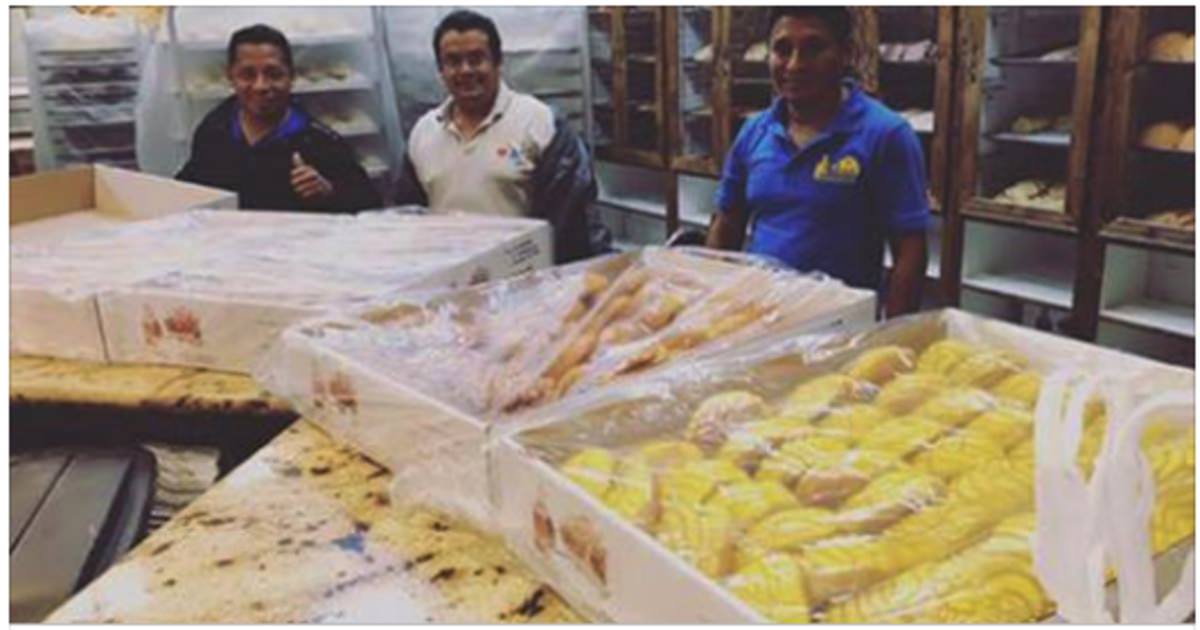 Following the terrible Hurricane Harvey, four bakers were trapped in their bakery.

Stranded and with plenty of time to spare, they could only think of one thing to do.

They decided to kill time, keep their minds busy and most importantly — help their community, which had been hit badly by the natural disaster.

It was late at night and the workday was coming to an end when the hurricane and flood hit The El Bolillo Bakery in Houston, Texas, The Independent reports.

Fortunately, the bakery and its electricity wasn’t affected by the flood. But the workers of the bakery looked out and quickly realized they wouldn’t be able to get out because of the knee-deep water.

The situation was distressing and clearly many workers were thinking about their loved ones and were devastated to see their hometown falling apart.

They decided they wouldn’t just sit and dwell — they knew exactly what they had to do.

Business wasn’t going to be as usual, but they could still bake. So they started baking their speciality: pan dulce, Mexican sweet bread.

“When they realized they were stuck,” Brian Alvarado, the shop manager told The Independent. “They decided to keep themselves busy and help the community and made as many loaves of bread as they could.”

When Brian arrived, he was shocked by the amount of bread that the workers had baked.

“We didn’t count exactly how many loaves they made, but they used 4,400 pounds of flour,” he told the Independent.

They started taking loaves to emergency centers all over Houston.

Although one of the bakers experienced some damage to his home because of the floods, the others returned to dry properties, Mr Alvarado said.

The story has now made its way all over the internet and thousands of people have been deeply moved by the beautiful act of this bakery and its workers.

One lady on Facebook wrote, “Hats off to you. What an inspiration you guys are!”

These kindhearted people chose to turn their moment of sorrow and despair into a positive act of kindness!

Please consider sharing this story to honor all the compassionate and selfless people in Texas who went above and beyond during the horrific Hurricane Harvey.