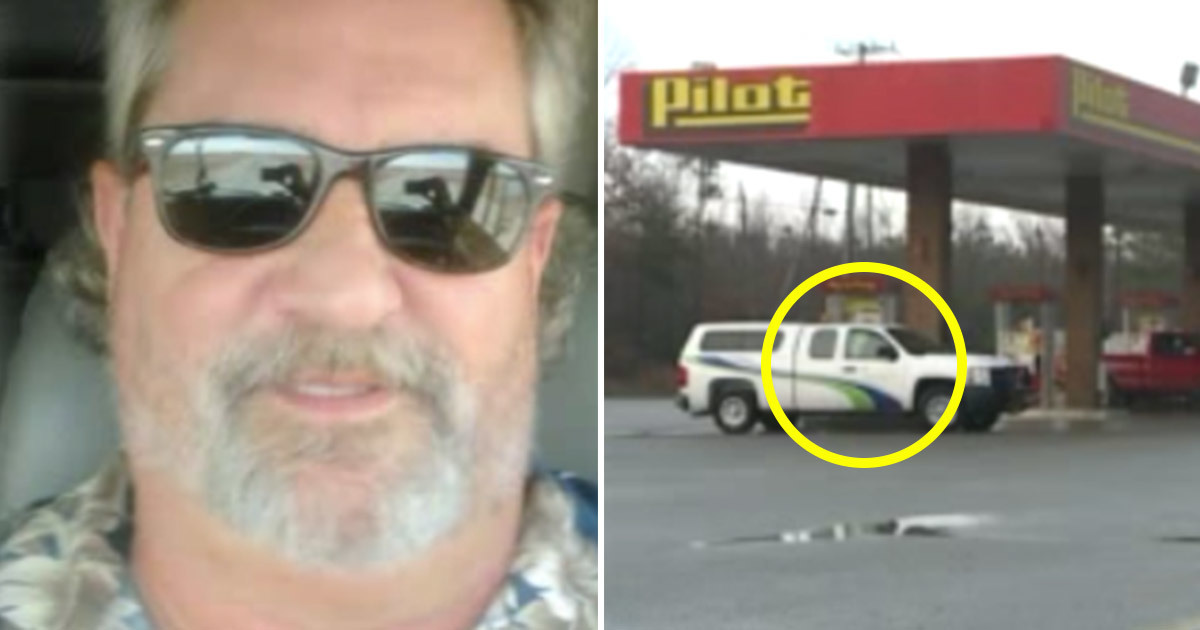 It was an ordinary working day for truck driver Kevin Kimmel. He stopped for a cup of coffee in a parking lot in New Kent, Virginia – when he suddenly noticed a strange detail in the car parked next to him.

Kevin Kimmel began to suspect something was strange when he noticed that a man knocked on the window of the car parked next to him, then paced back and forth nearby.

He then realized that a woman was sitting alone in the car and looking out the window – and that’s when a strange detail hit him. She was sitting behind big dark curtains.

“An older RV, black curtains and in my world that’s not natural,” Kevin Kimmel told WTVR.

Judging from the woman’s facial expressions, there was something wrong – and Kevin felt she could be in danger.

Instead of shrugging his shoulders and moving along, the truck driver decided to go with his gut feeling.

He grabbed his phone and dialed 911.

Within five minutes, four police cars were on scene – and it turned out that Kevin’s instincts were correct.

The woman in the car had been kidnapped and forced into prostitution.

The police apprehended the couple that were keeping the young woman hostage and they were arrested for trafficking.

Had it not been for Kevin’s heroic actions, this story could have had a very different ending.

Now, almost two years after the event, Kevin travels around the United States, speaking about human trafficking and sharing useful information on what a trucker can do to help of they suspect something while

“That person is alive today and two really bad people are where they’re supposed to be,” Kevin added. “Do the right thing, if you see something say something.”

Watch a video about this story below:

Paying attention and not fearing getting involved can save lives. Please share in order to remind others that paying attention can be an act of courage – and you can even possibly save a life!