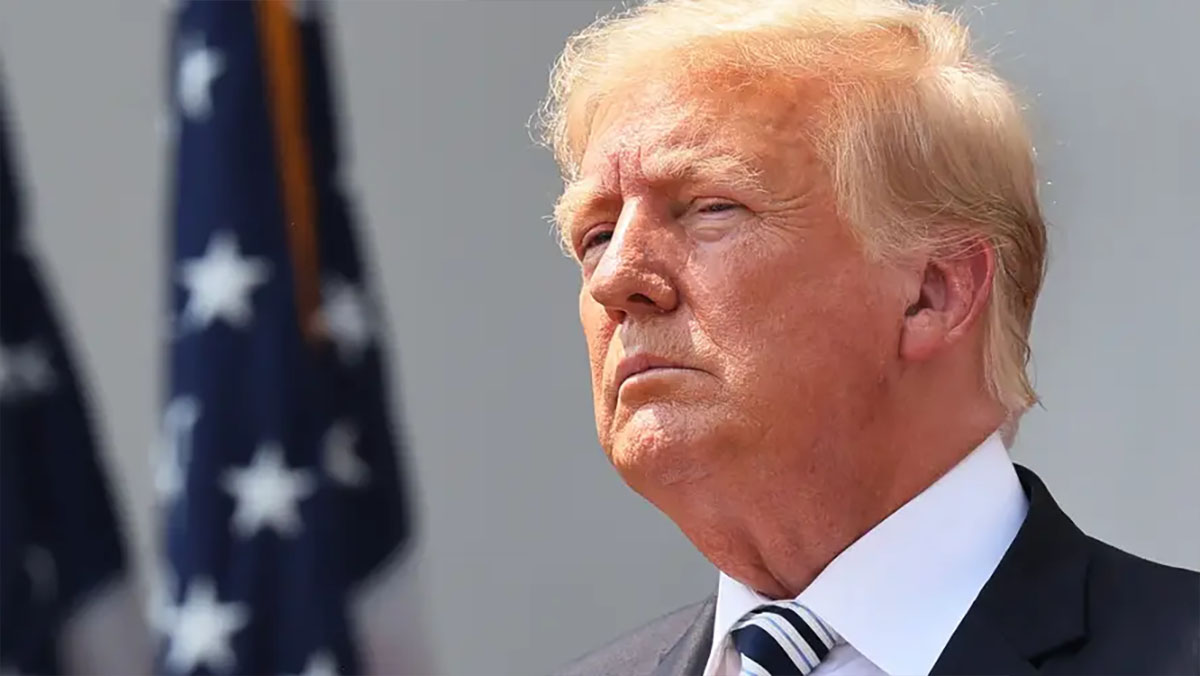 While Donald Trump has yet to formally announce whether he’ll be making a 2024 presidential bid, it seems there is much noise surrounding possible running mates for the former president, according to a new report.

Trump claims all potential running mates are “begging” to be on the ticket, he was reported to have told one advisor, as per the New York Post.

“They’re all begging me. They all come here [to Mar-a-Lago],” he reportedly said.

While most ousted presidents would quietly settle into the background it feels as though Trump never left. He has stayed at the forefront of most news channels despite being banned from social media.

Although 2024 seems a long way away, he’s already claimed the Republican presidential nomination, after all, his popularity has never waned despite two impeachments.

According to CNN, Trump is not just working on securing the best sidekick he’s also molding the GOP with attempts to oust those Republicans he considers disloyal.

“When he endorses candidates, they win,” Budowich told CNN in a statement.

If he does run again he’ll have to replace former Vice President Mike Pence after the two were reportedly at odds over the result of the 2020 election. Pence reportedly refused the president’s demands to overturn the election results.

According to Politico, citing interviews Trump will make his decision on a running mate based on the person’s unconditional loyalty, and support for Trump’s claim that the 2020 election was stolen by the Democrats.

“They’ll have to denounce what happened in 2020,” former Trump campaign staffer Michael Caputo told the outlet. “If they don’t, they’re disqualified.”

Trump fell back on claims that the election had been rigged in the Democrats’ favor, even suggesting the only reason he had lost was a behind-the-scenes conspiracy insistent on keeping him out of office

It seems Trump has his own ideas on who he wants in his party and will not be bound by any ideological considerations.

“With Trump, that’s not the issue. He is the party, basically. It’s so united behind him,” Trump pollster John McLaughlin told the outlet. “So his choice, if he runs, will come down to what he wants. It would be a much more personal decision this time.”

There has been much speculation on who Trump is likely to opt for as his running mate.

In June, Trump told Fox Business Network that he would “certainly consider” Florida Gov. Ron DeSantis, but he no longer seems the hot contender after a source told the outlet he may be too popular.

“Trump sees him as a competitor. And he’s not going to have someone with better [poll] numbers.”

Many names of potential candidates have come to the forefront including Sen. Tim Scott (R-SC) and former Secretary of State Mike Pompeo, both of whom have recently spoke with Trump at Mar-a-Lago.

If Trump opts to select a female running mate, former Ambassador to the United Nations Nikki Haley was once a strong candidate after rumors in 2019 that Trump was considering replacing Mike Pence with her.

Since then their relationship has been a rollercoaster with Haley at one point saying she was separating from the president and leading a post-Trump GOP and then saying in April, “I would not run if President Trump ran, and I would talk to him about it,” as per The Hill.

Other female contenders include Iowa Gov. Kim Reynolds and Sen. Marsha Blackburn (R-Tenn.), who have both been described as “tough as nails and conservative as hell.”

The only African American Republican senator, Sen. Tim Scott, is also in the running after Trump endorsed him during his re-election campaign in South Carolina and while discussing the Jan. 6 Capitol attack in an interview with Fox, the senator said, “The one person I don’t blame is President Trump.”

“Don’t sleep on Ric. Trump loves him, and unlike Pompeo or anyone else, he has no interest in running for president. That’s a big issue for Trump,” one adviser said.

Trump is expected to formally announce his decision following the 2022 midterms.

Who do you think would be the best running mate for Donald Trump? Post your thoughts in our comments section.