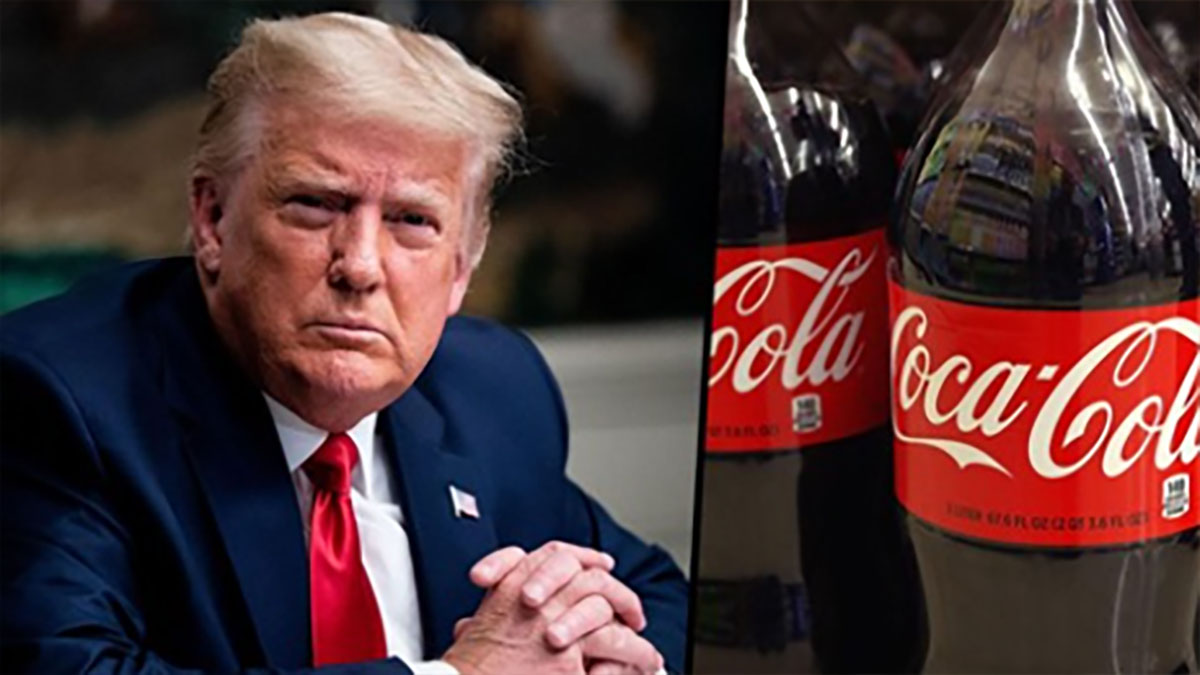 When President Joe Biden moved into the White House he made some swift changes, one of which was removing former President Trump’s red “Diet Coke button.”

The former president used the button to request cold sodas on demand, and according to some media reports when Trump pressed the button a butler would appear with a glass of the soda served on a silver platter.

According to the Washington Post Trump drank up to 12 cans of diet coke a day, and many couldn’t think about the then president sitting at his desk without imagining him pressing the button to order his Coca-Cola.

But now Trump’s supporters are seemingly turning their back on the iconic drink over reports that the company is forcing staff to go through racism training that teaches white workers to “be less white”, according to New York Post.

In light of the reports Trump supporters are now mocking the company and have rebranded it ‘Woka-Cola’.

A whistleblower leaked photos that shows some of the beverage brand’s online training modules instructing their employees to “try to be less white.”

The images were obtained by Karlyn Borysenko, an anti-critical race theory activist, who posted them on Twitter.

‘Challenging what it means to be racist’

In a tweet shared on Friday, February 19, Borysenko wrote: “BREAKING: Coca-Cola is forcing employees to complete online training telling them to ‘try to be less white.’ These images are from an internal whistleblower:”

It now seems the company is facing a backlash from Trump supporters who are less than impressed with the training slides and one Tweet urges people to “Don’t drink the poison.” referring to Coca-Cola.

One Twitter user wrote: “I’ll help them make their customer base less white,” while another tweeted, “Damnit I can’t keep track of all the companies I am boycotting.”

Conservative Brigitte Gabriel tweeted: “RT if you are done with @CocaCola products!!”

The American alt-right political activist Jack Posobiec also tweeted: “Coke’s popularity was because of their Americana marketing. This effect has been examined in many studies, which also show Pepsi doing better in taste tests. But now Coke just threw 100 years of marketing out the window.”

But it seems that it’s not just Coca-Cola that is allegedly using this training as it’s available to all through LinkedIn Learning.

In a follow up Tweet Borysenko said: “One thing you all should keep in mind is that Coke probably isn’t the only company using this training with their employees. It’s on LinkedIn Learning – any company can pay for it. What other companies are making their employees do it?”

What do you think about this training and subsequent boycott? Please post your comments below and share this story.