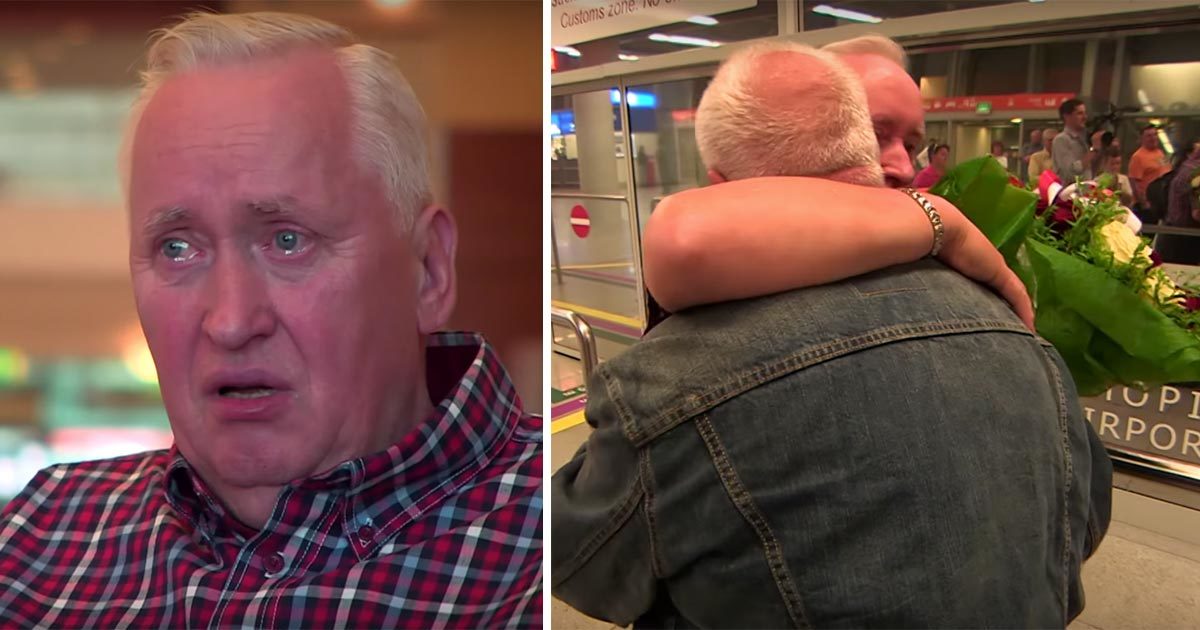 A year after the end of World War II, in 1946, twins George and Lucian were born in Germany to their Polish mother, who had recently been released from a labor camp. Shortly thereafter, however, the mother became ill and could no longer take care of her two boys. They were sent to Poland where they were adopted by two separate families. Each grew up without knowing that they had a twin brother. But both brothers report having constantly felt like something was missing in their lives.

Lucian spent his entire life in Poland without knowing that he had been adopted and had a twin.

At the age of 17, however, George discovered that he had a twin, and tried in vain to find his brother. Some time later, he gave up and moved to California in the US.

At last, it was Lucian who managed to bring about their reunion. He eventually learnt through their biological mother that he was adopted and that he had a brother somewhere in the world. With the help of the Red Cross, he managed to locate his lost twin brother George.

After 68 years apart the day came at last for the the two brothers to meet.

The clip below shows their incredibly heartwarming reunion. There’s some introduction to the story at first — to see the actual moment they meet, you can skip to 5:59min.

But make sure you have tissues nearby!