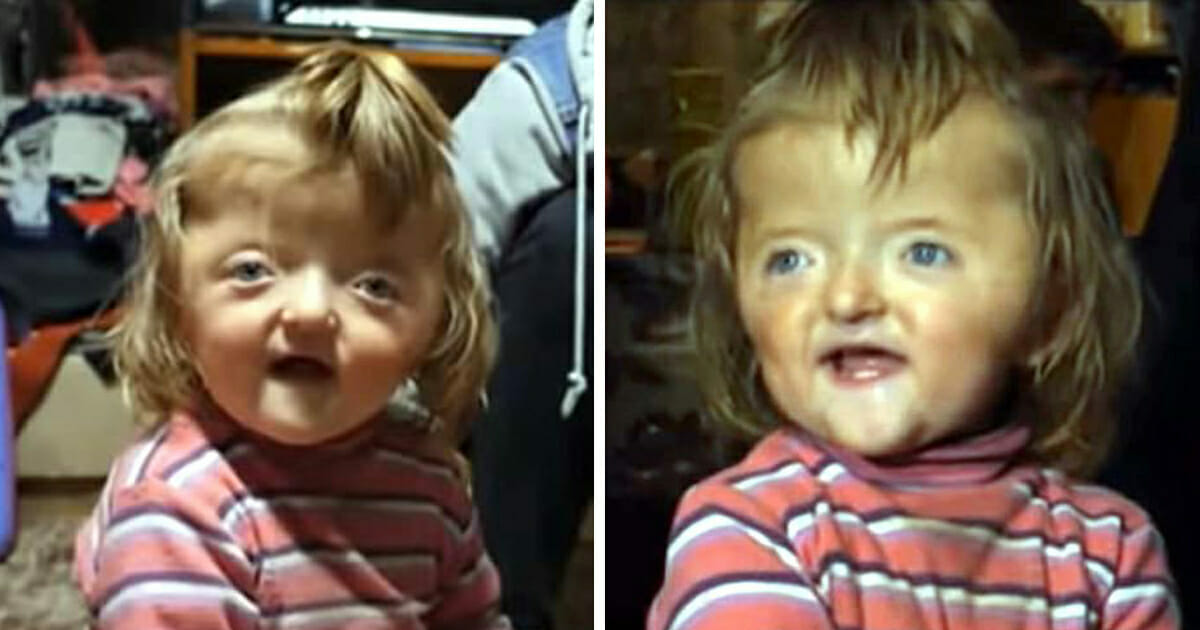 There should be no stopping a child getting access to a proper education and all the social opportunities that go with it.

But the parents of 2-year-old Sofya Zakharova, from Russia, was told she couldn’t attend her local school.

The reason they were given was that her deformed skull would “scare other children”.

Sofya lives in the Russian village of Alatany in the Bashkortostan region with her mom, her dad, Rasul, and both sets of grandparents.

Unfortunately, she was born with a deformed skull and fingers and toes that are fused together. Her parents were told that their daughter should get surgery before she applied for a school place.

They were told there was a chance that she could “scare other children”, according to The Daily Mail.

Educational psychologist Ekaterina Belan told The Metro that it was vital that Sofya starts school and experiences social interactions.

“The sooner she gets the experience of interactions, the easier it will be for her to cope with the conditions in which she lives and grows,” she said.

Sofya and her family live in an apartment with no water or heating because the stove is broken and the gas has been disconnected.

Picked up by by local charity

“They have such a catastrophe here,” says grandfather Sergei Mikhailov. “They said they would do the operation, but then were silent about this.”

Sofya’s case was picked up by by local charity Rainbow of Goodness, but the school still refused to allow Sofya to attend, according to the Metro newspaper.

Her mother said she was told: “First, you need to arrange an operation to she can go to nursery school like an ordinary child.”

Now prosecutors are looking into why Sofya has not been operated on and why the school refuses to give her a place.

Head of the Republic of Bashkortostan, where the family is from, Radiy Khabirov said: “I understand that if it were not for the intervention of the charitable foundation, there would have been no meetings on this and no relocation,”

“It’s already clear that the rights of the child and parents are violated, and there will now be an appropriate legal assessment.”

Find out more about Sofya’s story in the clip below.

This is clearly a violation of this child’s rights and I’m glad it’s being investigated.

Please share to wish Sofya and her family a remedy for this awful situation and one they deserve!