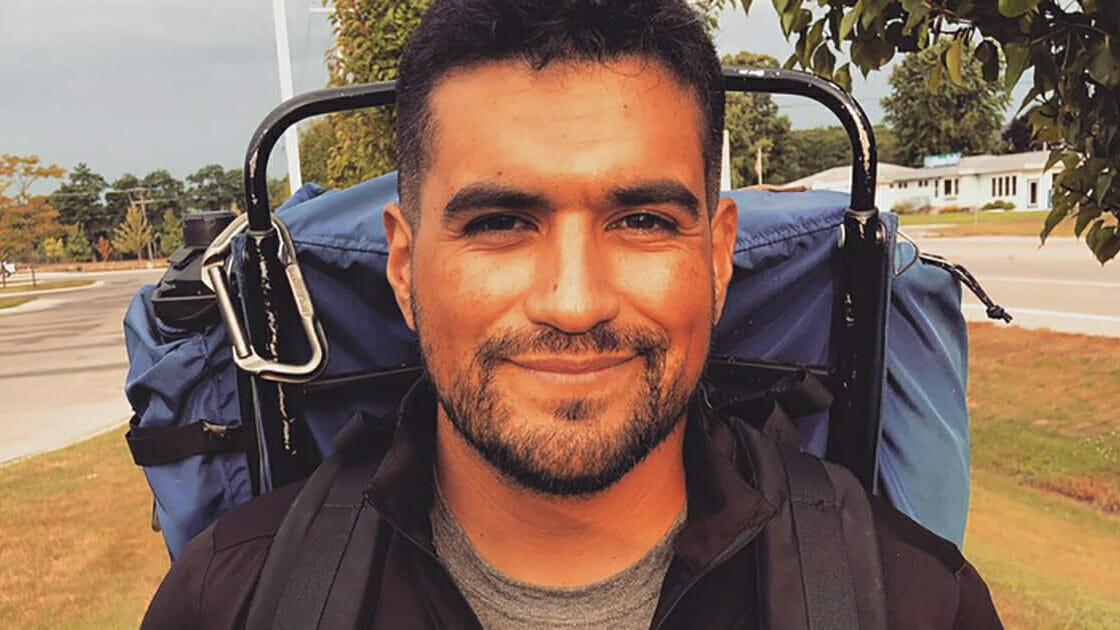 Travis Snyder served his country from 2012 to 2018 and decided to walk around Lake Michigan and bring awareness to an issue he describes as “an epidemic” that “could be considered a huge monster in society.”

He asked for nothing before embarking on his journey, just sold his car and posted updates on his Facebook page. Now his posts have been shared around the world and he has had the eyes of the media on him, helping to highlight his cause.

According to the U.S. Department of Veterans Affairs, an average of 20 veterans die every day from suicide.

After soldiers return home having lived through the horrors of war in Afghanistan and Iraq, around 20 percent suffer from either major depression or post-traumatic stress disorder (PTSD), says the National Veterans Foundation.

A study by the Substance Abuse and Mental Health Services Administration revealed that only half of those vets who need mental health treatment will receive these services.

Working with non-profit Mission 22, which helps veterans deal with PTSD, Travis completed his walk over 42 days attracting a lot of attention on the way. A group even joined him for the last mile of his walk.

He even found a kitten he named Gulliver during his walk. “As you can see, I made a new friend this morning. This furry little guy was left overnight in the thunderstorms. I took him along on today’s walk, ” he wrote on Facebook.

People showed up to offer him food, rides, overnight stays and company during his walk as Travis continued to spread awareness surrounding veteran suicide.

Despite finishing his walk Travis still intends to continue his mission, post information on resources to help those suffering and to raise awareness now his Facebook page has gone viral.

Start with the little things

Travis encourages people with simple suggestions on how they can help those suffering with depression adding that you don’t have to be a veteran to be part of the community he has created online through his mission.

“You don’t have to have all the answers, you don’t have to be a counselor or a Doctor. Just start with the little things; a wave, a smile, a simple ‘hello’ will go a long ways in not only saving the life of one who’s struggling, but also the life of those that would’ve been affected by that loss, that void,” he wrote on Facebook the day he completed his 6-week walk.

What a wonderful way to highlight such an important cause. There needs to be more resources to help veterans who have risked their lives to protect us.

Please share to show your support and to help Travis reach even more people.