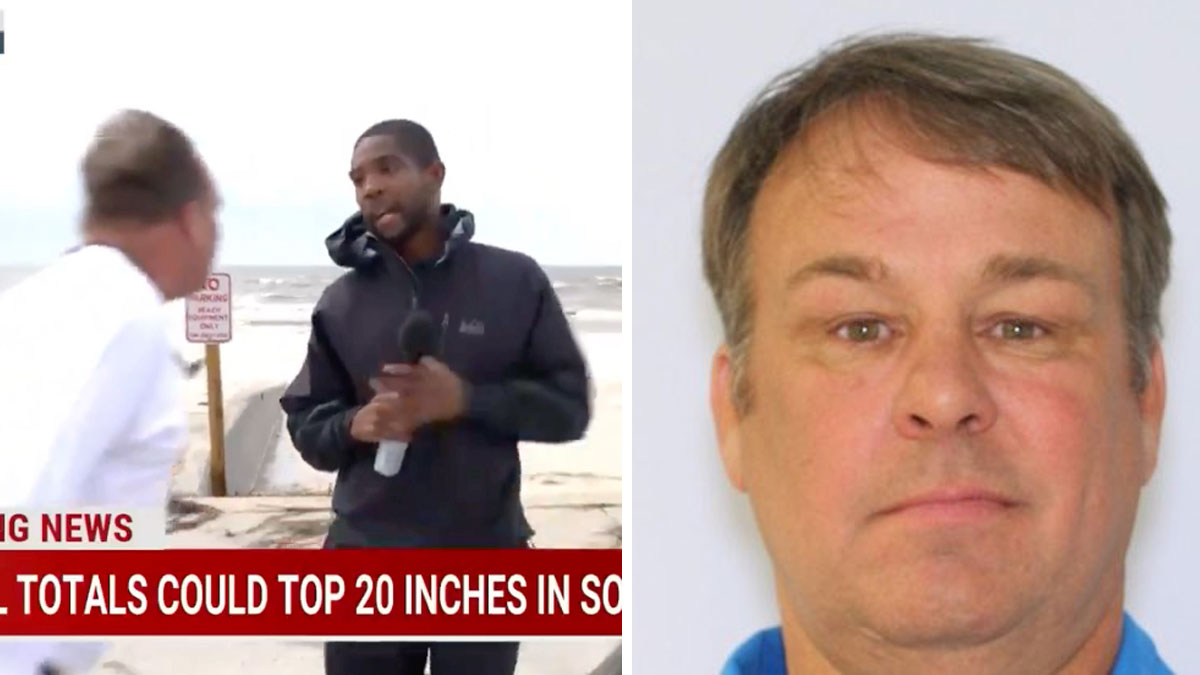 A man who went viral for his antics when he accosted an MSNBC reporter who was in the middle of a live report in Gulfport, Mississippi during Hurricane Ida was arrested Thursday.

Benjamin Dagley, 54, of Wooster, Ohio was arrested by the U.S. Marshal’s violent fugitive task force outside a shopping plaza in Dayton, Ohio.

The bizarre and frightening encounter occurred Monday when Shaquille Brewster was filming a live shot for MSNBC on the beach of Gulfport.

While on air, Dagely, who had been driving by, parked his truck, exited the vehicle, and then ran up to Brewster yelling about the “accuracy” of the reporting.

“Craig, I’m going to toss it back to you because we have a man who is upset right now,” Brewster calmly said as Dagley continued to yell at him.

The Gulfport police reported that Dagley assaulted Brewster after the cameras were turned off.

Brewster sent out a tweet after the assault and let viewers know he was okay.

Following the assault, police asked for the public’s help with identifying the man.

Thanks to the combined efforts of the public and law enforcement, Dagley was identified and captured.

“This violent fugitive was attempting to flee from his charges in Gulfport but the swift work of our task force members resulted in a timely arrest,” the U.S. Marshals said in their statement.

Dagley had already been charged with two counts of assault, one count of disturbance of the peace and one count of violation of emergency curfew in Gulfport.

Additionally, he was charged for violating his probation. In 2017 he nearly caused an environmental disaster when he drilled holes in tanks containing sodium cyanide, hydrochloric acid, yellow chromate, ferrous chloride and sulfuric acid at his former business, according to Cleveland.com.

Thank you to everyone who helped locate and capture this violent man.