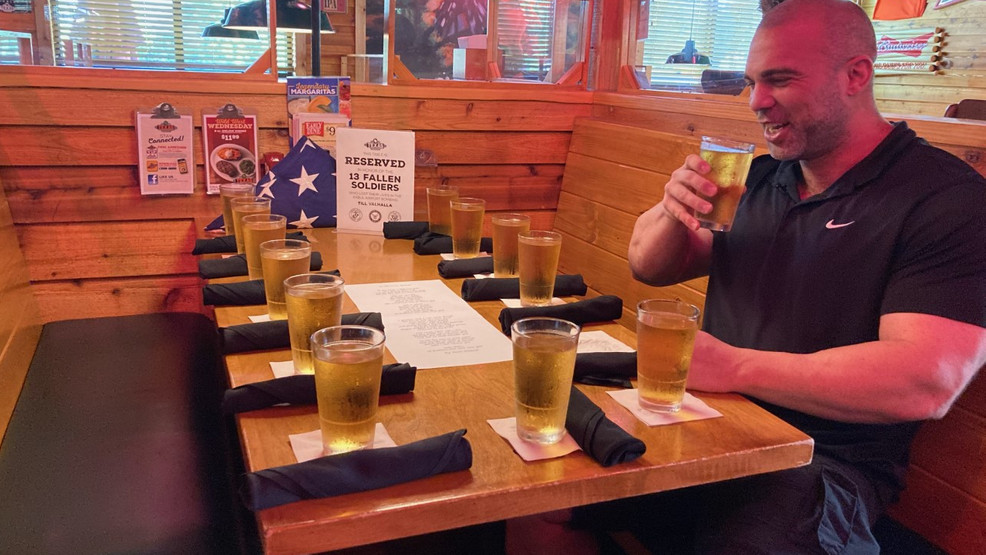 The U.S. withdrawal from Afghanistan was never going to be a simple, painless operation, but neither did anyone expect the sheer swiftness of the capitulation with regards the country they were leaving behind.

The world watched in shock and horror as it took the Taliban all of 17 days to take back control of the land they’d been forced out of when the U.S. invaded in the early 2000s.

Not only did the Taliban’s efficiency raise multiple questions as to the future of Afghanistan, but also as to the safety of American personnel stuck in the country amongst the thousands trying to flee.

Tensions came to an ugly head when suicide bombers detonated vests outside of Kabul airport on August 26, leaving almost 200 dead. Amongst that number were 13 U.S. service members, a further 18 of whom were injured.

Tributes have poured in for the 13 who lost their lives helping the evacuation effort from Afghanistan. One such tribute by a veteran in Port St. Lucie, Florida, has gone viral, after he was pictured sitting at an empty table set for the 13 troops.

Air Force veteran Jordan Vanderflier said he saw the news and wanted to pay homage to the fallen.

So Jordan reserved a table for 14 at the weekend. One place at the table was for him, and the rest were for the brave service members who died in Kabul.

“The initial reaction was let’s accommodate. So it was immediately all hands on deck, there were four of us scrambling. Pouring beers, getting the table set up,” said Rick Kirk, managing partner at Port St. Lucie’s Texas Roadhouse.

Jordan himself lost a good friend in Afghanistan 10 years ago, so felt personally affected by the tragic events of last week.

He said: “They deserved the true respect and recognition to be able to have something like this, you know, as a reminder of, ‘Hey, you’re at this restaurant right now because these guys are away from their families, you know, risking their lives for us every day.'”

Since Jordan’s visit to the restaurant at the weekend, Texas Roadhouse has kept a table set for the troops who lost their lives. It will remain for 13 days.

What’s more, a photo of Jordan sitting at his table went viral, prompting similar acts at other restaurants in Palm Beach County.

I don’t know about you, but I think this is a great way to remember our troops and ensure that they remain in the minds of all those they died to serve.

What do you think about Jordan’s gesture? Let us know in the comments box.