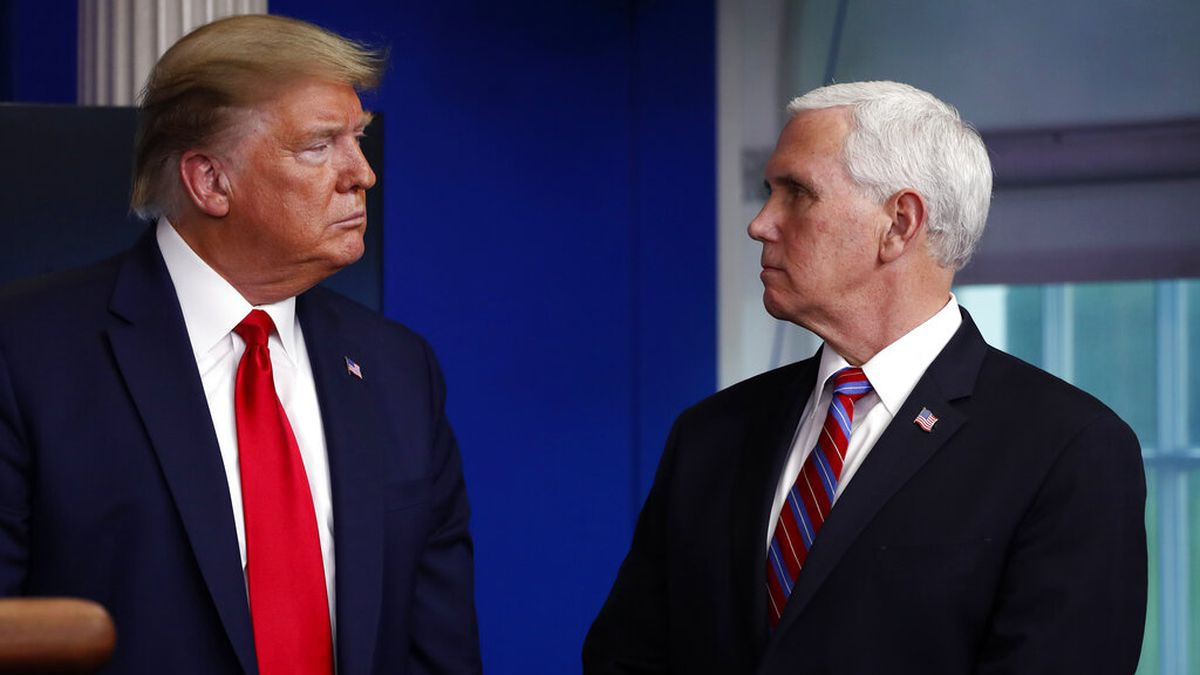 A number of top Republicans are not expected to attend Donald Trump’s farewell ceremony including Vice President Mike Pence as the rift between the two deepens.

Senate Majority Leader Mitch McConnell and Republican Congressman Kevin McCarthy are also among the list of top Republicans who will instead attend the inauguration of Joe Biden.

Despite being loyal to Trump during his four years in office Pence was at odds with the President over the violence which erupted at the Capitol on January 6. Angry chants to ‘hang Pence’ could be heard from the mob after Trump urged Pence to refuse to certify the results of the election, something he legally cannot do.

Senate leader Mitch McConnell said the mob which stormed the U.S. Capitol was “fed lies” and provoked by Trump in a speech on the Senate floor on Tuesday, January 19, as per the Courier Journal.

Following the horrific scenes at the capitol two weeks ago and the fallout that followed, Trump and his wife will not attend the president-elect’s inauguration. He won’t greet the incoming president on the steps of the White House but will instead break with tradition leaving to attend his own farewell ceremony.

Instead he will leave the White House before his send-off at Joint Base Andrews, where he will board Air Force One for his final time as president and depart for his home at his Mar-a-Lago resort in Florida as per Forbes.

He won’t attend Biden’s inauguration as previous U.S. presidents have.

Pence, McConnell and House Minority Leader Kevin McCarthy will attend Mass with Biden at the Cathedral of St. Matthew the Apostle in Washington DC. Pence will be attending Biden’s inauguration in the afternoon, snubbing his boss’s farewell ceremony.

As per CNN, following his second impeachment for incitement of insurrection, Trump has “been in a foul mood for several days and has lost interest in the performative parts of the presidency he once relished” as Republicans continue to distance themselves from him.

A Senate trial is still expected after the House of Representatives impeached Trump in the wake of the riot and charged him with inciting an insurrection. The move was backed by 10 House Republicans including high-ranking U.S. Republican Liz Cheney.

What do you think about top Republicans breaking rank to focus on events surrounding the incoming president? Feel free to post your comments below and don’t forget to share this article.