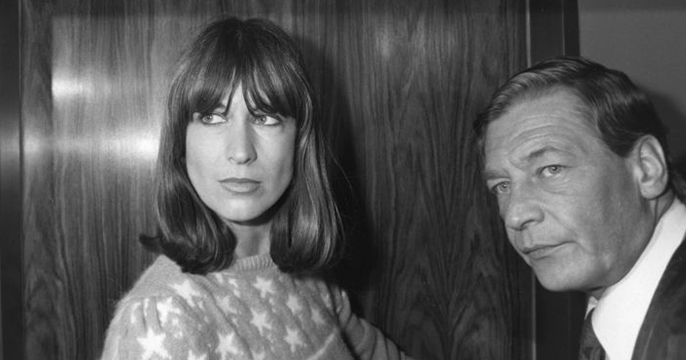 On March 6, 1981, Marianne Bachmeier entered a courtroom in Lübeck, Germany with purpose in every step.

Then, suddenly, she grabbed a loaded pistol from her purse and opened fire on 35-year-old sex offender Klaus Grabowski.

The man had been accused of the kidnapping, abuse and murder of Marianne’s 7-year-old daughter, Anna Bachmeier.

Seconds later, Grabowski took his last breath and died on the courtroom floor – after being hit by seven of Marianne’s bullets.

The vengeful mother was immediately arrested but showed no trace of remorse. 40 years later, ”Revenge mom” continues to live on in people’s minds – and her sentence yet divides a whole nation …

The loss of a child is the ultimate tragedy, often referred to as the worst experience a parent can endure.

On May 5, 1980, Marianne Bachmeier’s life was forever changed. In the ’80’s, Marianne was a struggling single mom who ran a pub in Lübeck, northern Germany.

Marianne’s own youth was marked by misery and several traumas. Her father had been a member of the Waffen-SS, one of the most infamous organizations in Nazi Germany.

Growing up, she had been raped several times by different men. At just 16 years old, Marianne fell pregnant. As a teenager, she couldn’t raise the baby alone and decided to give the infant up for adoption. When she was 18, Marianne became pregnant a second time – and once again left her baby to an adoption agency.

In 1973, Marianne gave birth to a third child, her daughter, Anna. Marianne was still a single mom, but raised Anna on her own.

According to sources, Anna was a “happy, open-minded child”, but unfortunately she and her family would soon suffer a terrible event.

In May, 1980, Anna and Marianne had an argument. The little girl decided to skip school and walked to a friend’s house instead. On her way there, though, Anna was kidnapped by 35-year-old Klaus Grabowski, a local butcher.

Grabowski kept Anna trapped in his apartment for hours, and abused the little girl before finally strangling her to death. After murdering Anna, the perpetrator packed her body into a box, which he stored in a hidden place on the bank of a canal.

Grabowski later returned to the location to bury the body of his victim, only to be arrested that same evening at his favorite pub in Lübeck after his fiancé turned him in to the police.

At the time, Grabowski was already a convicted sex offender who had previously been behind bars for sexual assaults on two girls.

During his stay in prison in 1976, he was voluntarily castrated. Two years later, he began hormone treatment to reverse the chemical castration so that he could have a love life with his fiancé.

Grabowski immediately confessed to Anna’s murder but denied having sexually abused the girl. During his trial, Grabowski went even further and claimed that Anna had tried to seduce and extort him.

In fact, Grabowski blamed his murder victim for his shameful act. He claimed that he only killed the little girl because she wanted to blackmail him. According to Grabowski, Anna threatened him and said that she wanted money – otherwise she would tell her mother that Grabowski had touched her in an inappropriate way.

Yet his strange and disturbing story drove Anna’s mother Marianne crazy, leaving her in a state of powerlessness, anger and fury. On March 6, 1981, on the third day of the trial, Marianne decided to take matters into her own hands.

Somehow she was able to smuggle a gun into the courtroom, bypassing the security checks and all the guards. Shortly after entering the hall, she pulled the loaded gun out of her handbag, aimed at her daughter’s killer, and emptied the entire magazine. Seven of eight bullets found their mark, and Grabowski immediately went down. He died on the spot.

Immediately after the shooting, Anna’s mother dropped her gun, a Beretta M1934. Her voice then filled the room:

According to two police officers at the scene, Marianne also called Grabowski a “pig” after she opened fire.

She was arrested by police in the courtroom and initially charged with murder. During her trial in 1982, Marianne claimed that she shot Grabowski in a dream state after visualizing her daughter in court.

But according to experts who testified at the trial, Marianne’s act required special practice with the gun, indicating that she had planned and prepared everything ahead of the shooting.

The mother was also examined by doctors and asked if she could give them a handwriting sample. In response, Marianne wrote: “I did it for you, Anna.” The sample was also decorated with seven hearts – which many interpreted as a tribute to each year of Anna’s life.

If convicted, Marianne was to face a lifetime of imprisonment.

The mother’s act of vigilantism received enormous media attention – not only in Germany but all over the world. Marianne was dubbed “Revenge mom”, and many thought she should be acquitted at the trial.

The grieving mom, who avenged the death of her beloved daughter, was widely praised and received a lot of encouragement and understanding – despite the vigilante justice she carried out.

In the beginning, Marianne was portrayed as a saint by the media. But then journalists started to dig up her past. Newspapers found out that Marianne gave up her first two children for adoption. The fact that she spent a lot of time in the bar she worked at was just one of the details that began to tarnish the picture of a loving and self-sacrificing mom.

In 1983, Marianne was convicted of premeditated manslaughter and unlawful possession of a firearm. She was sentenced to six years behind bars but was released after three years.

Her penalty divided the people, as shown by a survey from the Allensbach Institute. About 28 percent saw her six-year sentence as appropriate, with another 27 percent deeming it too heavy and a further 25 percent believing it to be too soft.

After serving her time behind bars, Marianne emigrated to Nigeria and married a German teacher. In 1990, she got divorced and moved to Sicily, Italy.

Unfortunately, Marianne was eventually diagnosed with pancreatic cancer and moved back to her motherland and hometown, Lübeck.

Her act of revenge continued to live in the memories of many Germans; newspapers still wrote about the incident well into the 1990s.

“I think there is a very big difference if I kill a little girl because I’m afraid I then have to go to prison for my life. And then also the ‘how’, so that I stand behind the girl and, strangle her which is taken literally from his statement: ‘I heard something come out of her nose, I was fixated, then I could not stand the sight of her body any longer,’” she said.

In an interview with Das Erste TV channel in 1995, Marianne confessed that she had shot Grabowski after careful consideration and to prevent him from spreading more lies about Anna.

On 17 September 1996, Marianne passed away at a hospital in Lübeck. She wanted to die in her previous home in Sicily but never got there.

Marianne was later buried next to her beloved daughter in a graveyard in Lübeck.

Marianne’s fate and case of vigilante justice is still debated. A large part of the population defended her act and saw it as a fair punishment for a sex offender who had already been convicted of child abuse on several occasions.

Others, however, thought that it was wrong of Marianne to take the law into her own hands. She should have left the verdict to the judge, the critics claimed.