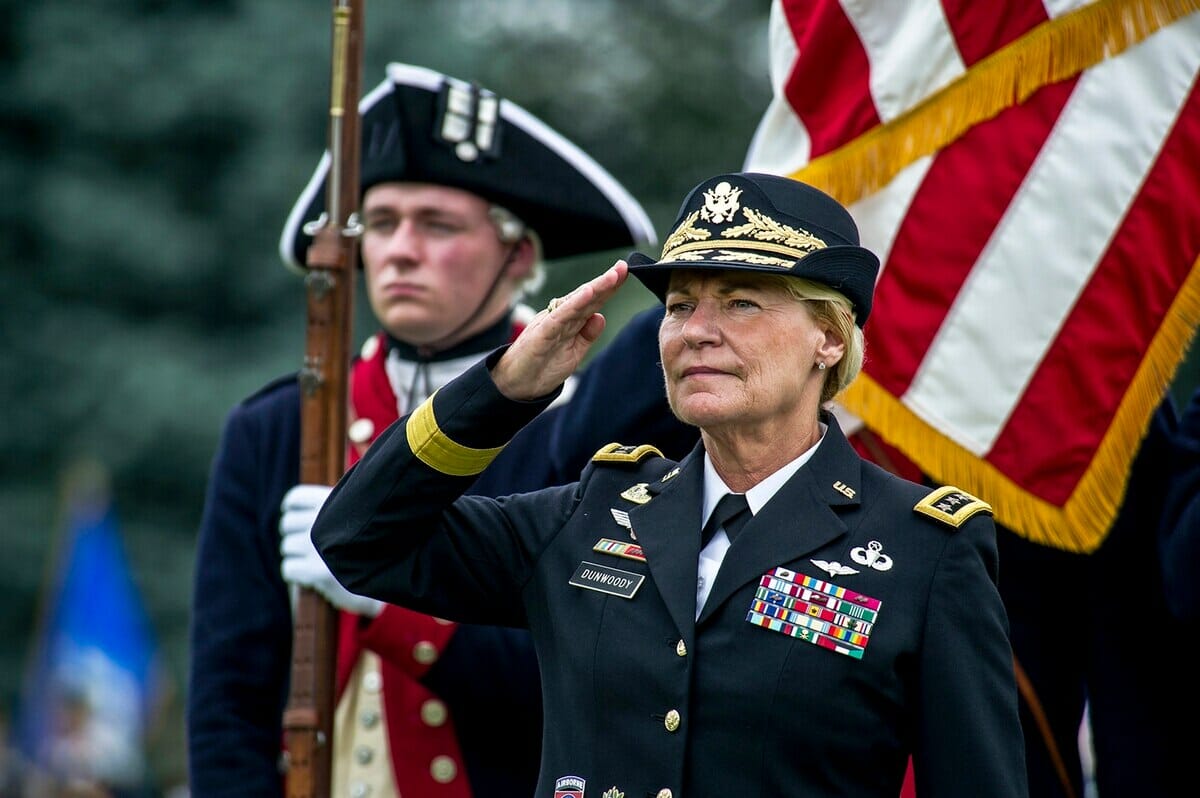 On October 10, the first ever woman to become a four-star general in the U.S. military was honored with an award at West Point.

Retired Army Gen. Ann Dunwood received the Thayer Award at a ceremony and the award was presented by West Point’s Association of Graduates.

Gen. Ann E. Dunwoody is the first woman in U.S. military and uniformed service history to achieve a four-star officer rank, receiving her fourth star on November 14, 2008 – the promotion ceremony was held at the Pentagon,

She ended up serving almost 38 years as an Army officer.

Dunwoody retired in 2012, but before that she was responsible for the Army Materiel Command, the largest global logistics command in the Army.

Last week, she received the Thayer Award at a ceremony at the U.S. Military Academy. The award is given to those whose service is in the national interest and reflects the academy’s motto “Duty, Honor, Country.”

In an interview with the Military Logistics Forum, Dunwoody said that she had four generations of West Pointers in her family.

”I grew up in the Army and came from a family who, since 1862, has defended our nation,” she said.

“My great grandfather, my grandfather, my father, my brother, my sister, my niece, and my husband are all veterans of this country’s wars. My father is a veteran of three wars and is one of the 25 million veterans living today who served the nation with such incredible courage.

“While I joined the Army right out of college, I planned to only stay in the Army to complete my two-year commitment, but it wasn’t too long before I realized that there are no other shoes [boots] I would rather fill than the ones I am wearing right now. As a soldier, you can continually serve. It is a calling to be a soldier and there is a great sense of pride and camaraderie in serving the greatest Army in the world.”

During her long and successful career, Dunwoody has been a great role model for many young women in the military.

And how did she do it?

”In the military, I had advocates, then there were detractors. They just don’t like you, maybe they think it’s a man’s Army and women don’t belong here. The key is how you deal with people. You don’t stoop to name-calling. You be professional, demonstrate you’re capable and sometimes you convert people. In the military, people want the best leader on the team. They want the best, and we have a profession that’s looking for and rewards that kind of behavior”, Dunwoody said in an interview with Army Times.

Gen. Ann E. Dunwoody, you’re a true American icon – thank you for your service and dedication to our beloved country!

Congratulations on being the FIRST LADY 4 STAR GENERAL, you are a great example of what you have accomplished for future service Women. GOD bless you.