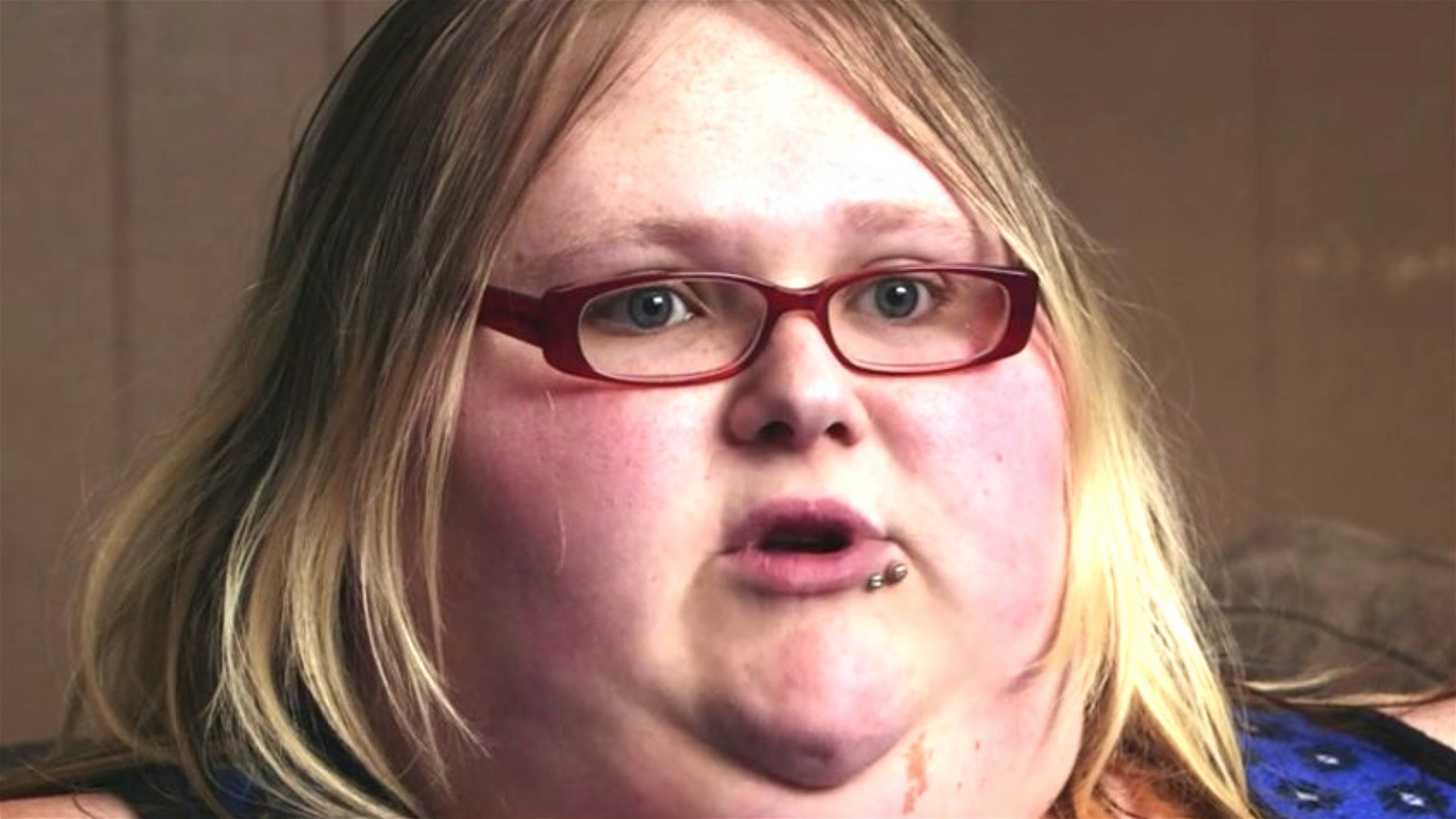 I’ve watched many seasons of the popular TLC show My 600-lb Life. Over the years, we’ve seen some incredibly inspiring journeys. Some participants tend to be forgotten over time, but others make a huge impact and plant themselves in your consciousness forever.

Personally, I will never, ever forget Nicole Lewis, who was on episode 9 of My 600-lb Life season 5. The 23-year-old mother of two could no longer fit in her bathroom and had to wash herself outside with a hose – it was heartbreaking to witness her struggle and pain.

At the beginning of the series, Nicole weighed over 700 pounds. No one knew if she would be able to change her life, or even survive long enough to have the chance to.

So, what does she look like today? Well, you’ll find out soon!

From Marion, Ohio, Nicole Lewis starred on the show’s fifth season back in 2017 and left a lasting impression on many viewers. Only 23 years old, she was heavily overweight, and came in far heavier what can be considered healthy for a woman of her age.

As with all people with weight issues, there were, of course, several reasons as to why Nicole ended up in a situation where she struggled. For example, Nicole had a very tough childhood, with absent parents who did not take responsibility. Even though her parents were sober and clean at times, hers was far from a happy upbringing.

”When I was little, me and my mom never really got along because she had a terrible temper and would explode on me for things that I just did not understand,” Nicole said.

At a young age, Nicole began to turn to food as a consolation. When her mother had her bad days, Nicole fled to her father at the garage, where he often stood and fiddled with something. Her dad often gave Nicole a snack when she arrived, and so that became a symbol of security and safety.

”Even as a toddler, I remember food was what made me happy,” she said on her episode of the show.

As Nicole got older and moved out, she lived a pretty ordinary life.

She had two beautiful children and lived with her fiancee Charlie. But in other ways, her life was hard – her extreme weight made it impossible for her to cope with everyday chores. For example, she could not fit through the bathroom door when she had to wash; instead, she had to stand on the porch and be showered with a hose. Shopping for food at the grocery store was also a big task for her.

Despite her weight-related problems, she understood she had to seek treatment for the sake of her kids. So Nicole tried to honor her responsibility as a mother, giving herself the best chance of seeing her children grow up and being there for them as long as possible.

That memorable shower scene was a requirement from the production – even if Nicole wanted to avoid it.

”When they came to my house, they were like, ‘Okay, we have to do a shower scene, we have to do real life stuff … for you to be a part of this process,” she explained in an interview with Rover Radio in 2017.

”I sat and thought about it for the longest time,” she continued. ”And it was either, me not let them do that, and me not get the help, and possibly not be around another year, or just to let it happen.”

Nicole weighed over 700lbs when she started the show. She left Ohio and traveled to Houston, Texas, to meet Dr. Nowzaradan and ask for his help. Dr. Now decided to put Nicole on a strict diet. He urged her to start moving more and cut down on calories and carbs before potential weight-loss surgery could be considered.

In Texas, under the guidance of Dr.Now, Nicole began to make little progress, and she steadily lost weight. But soon came a blow that would risk her entire weight journey.

In one episode of the series, Nicole finds out that she has been evicted from her home, and so is forced to move back to Ohio, away from Dr. Now.

However, she managed to keep her determination to be healthier. By the end of the series, Nicole had dropped half of her weight … more than 300 pounds! When she looks back on her incredible journey, she remembers her first episode of My 600 lb Life, where she was introduced to the audience and had hit rock bottom.

”I hate the episode because that was a point in my life where … I should not have existed other than for my children. I was an annoyance to my family, is what I felt,” she said.

Finally got a new job

After the series, Nicole continued to work on herself, and made yet more progress on her new, healthy journey. Finally, some years after the end of the program, she managed to land a job. Nicole, who had been unemployed for a long time, was thrilled:

“I worked so hard for this,” she gushed in another since-deleted post.

“[I] go in tomorrow for paperwork and all that jazz!” Congrats, Nicole!”

Overall, Nicole has been very active on social media since the show. Pictures from her Facebook reveal that she continued to lose weight and was happier than she had been in a long time.

“I may not be even close to where im suppose to be!” she wrote. “But This comparison shows me… that im sure as heck not where i began in 2016!.. Proud of how far iv come in this journey! I have been soo focused on how much weight iv gained,… when i should be focused on how much iv lost!. 2020 is my year!,” she wrote.

Niocle stayed in contact with Dr.Now, but was keen to distance herself from the reality show.

”I was embarrassed, sitting back and re-watching my episodes,” she revealed in a since-deleted or hidden post on her Facebook page.

Many “My 600-lb Life” stars end up breaking up with their partners when they get their body in order – but Nicole and her boyfriend Charlie are still together. They celebrated six years as a couple on August 22, 2019.

Although Nicole pointed out that Charlie is a good father and a good partner, the couple has had their problems over the years.

“Charlie’s here for me and stuff, but he’s kinda happy where he’s at in his life with his weight, and he doesn’t want to lose weight, so I’m kinda stuck doing everything on my own now,” she confessed in another removed Facebook post, according to The List.

Lately, a rather sad update regarding Nicole’s participation in the program came to light, when she sued “My 600-lb Life” because she felt that they did not live up to their commitments. According to the lawsuit filed in the spring of 2020, the production company never paid for medical costs in connection with the bypass surgery, which Nicole said the company would do.

If you want to see how Nicole looks today, after her incredible weight transformation, please take a look at the video below:

Today, it’s a little difficult to know how Nicole is doing. She seems to have deleted her Facebook page and there is not much information about her in the last year.

But we hope that she feels good and that her life continues in the positive direction she set it on after My 600-lb Life! She’s done very well and seems to be on the right track! Good for her!