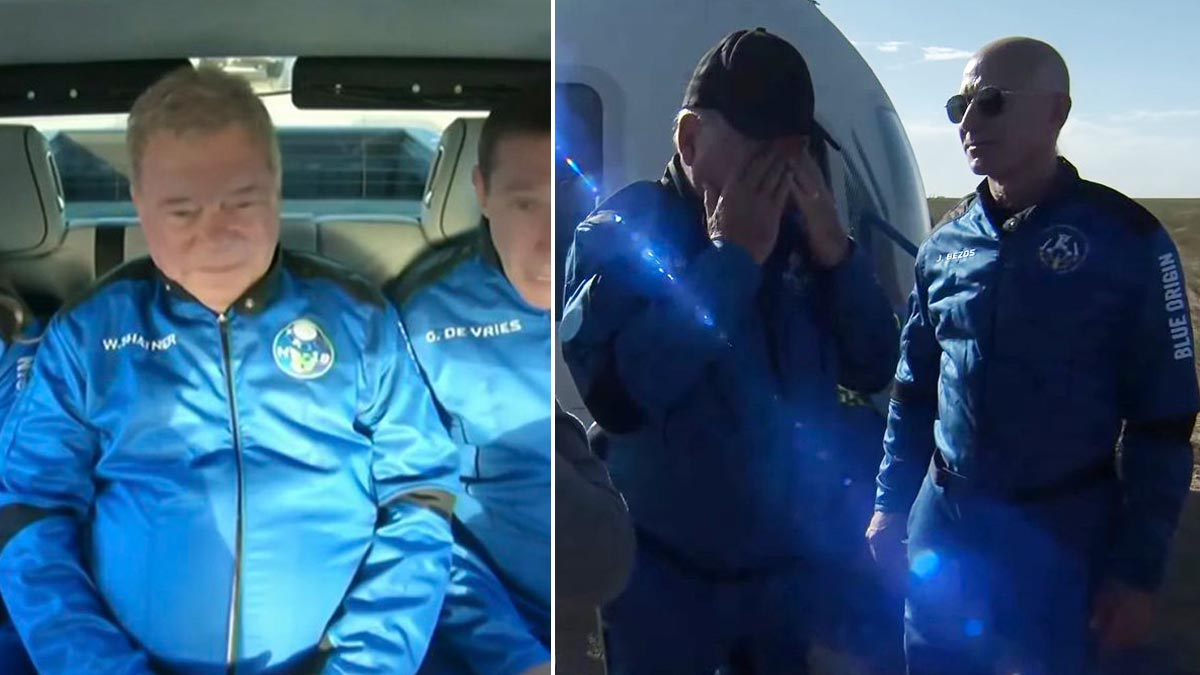 William Shatner, 90, became the oldest person to travel to space when he and three others blasted off to space Wednesday morning in Blue Origin’s New Shepherd 4.

This was Blue Origin’s second flight.

Its first was responsible for rocketing Wally Funk into space. At the time she was the oldest person to have traveled to space at 82 years old.

After a launch delay, Shatner and the rest of the crew finally lifted off at 10:50 a.m. ET in West Texas.

The rocket reached an altitude of more than 350,000 feet, which many consider the edge of space.

Not only did the crew experience a once in a lifetime view of the Earth, but they also experienced several minutes of weightlessness.

Altogether their trip to space lasted just over 10 minutes.

After returning to Earth, Shatner spoke about his experience.

While speaking to Jeff Bezos, who was at the landing site to greet the crew, Shatner became emotional.

The 90-year-old actor continued to describe his trip to space and what Earth looked like from the edge of space.

“I hope I never recover from this. I hope that I can maintain what I feel now. I don’t want to lose it.”

This was such an incredible moment to watch. Hearing William Shatner describe what it was like and seeing him get so emotional brought tears to my eyes.