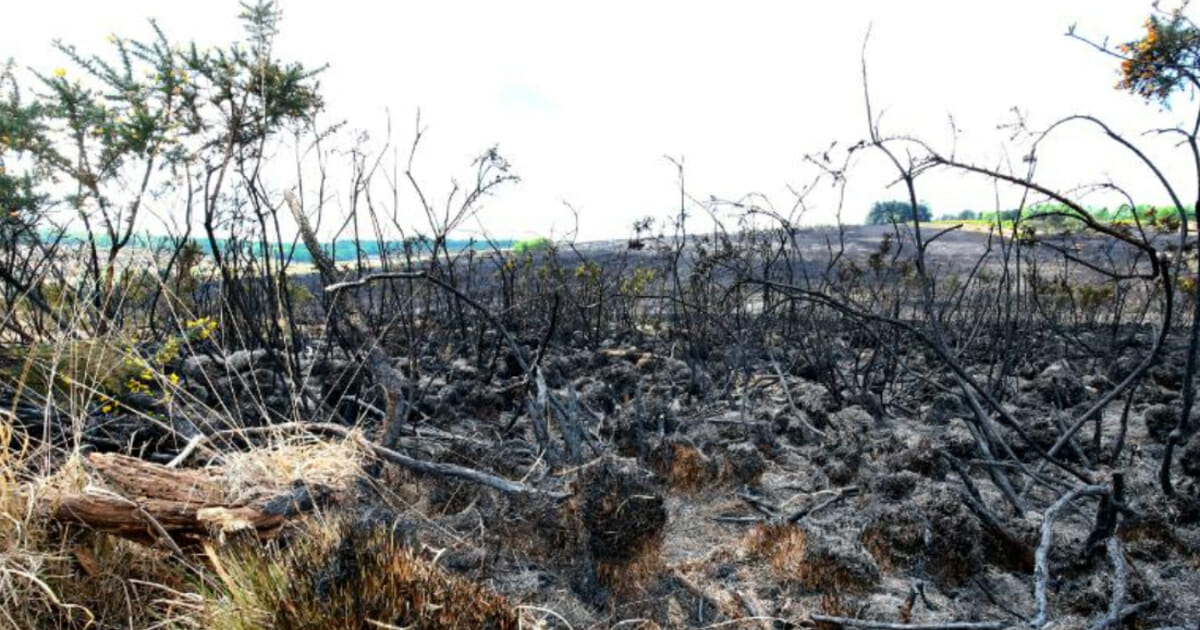 On April 28 a fire ripped through Ashdown Forest in Sussex, England. The fire burned overnight and affected roughly 37 acres of land, but that’s not the reason why it’s receiving international attention.

The Ashdown Forest served as inspiration for Winnie the Pooh’s Hundred Acre Wood.

"We didn't realize we were making memories, we just knew we were having fun." – Pooh Bear ?? • Last night a fire ripped through 50 acres of the real forest near us that provided the setting for the stories of Pooh Bear and his friends. ☹️ The good news is, that it is now under control THANKS to the amazing @eastsussexfrs and mother nature will surely be busy working her magic over the coming months to restore it back to its unspoilt beauty.? One of my very favourite places in the world… “in that enchanted place on the top of the Forest a little boy and his Bear will always be playing.” ♥️ #winniethepooh #hundredacrewoods • • • • • • #icu_britain #lovegreatbritain #photosofbritain #britishsnaps #instabritain #britishcountryside #capturingbritain_rural #visitengland #photosofengland #thisisengland #travelengland #myengland #prettylittleengland #topeuropephoto #besteuropephotos #tlpicks #postcardplaces #cornersofmyworld #itsamazingoutthere #igers_sussex #visitsussex #whplandscape #landscapeperfection #landscapecaptures #ig_landscapes #woodland #ashdownforest #whpgreatoutdoors

In a statement from the East Sussex Fire & Rescue Service, Andrew Gausden, the incident commander, stated that officials received numerous calls regarding the fire around 9:30 pm.

“It’s unusual to have a fire of this size at night,” Gausden told the BBC. “This seems to have caught hold before people noticed the fire.”

Several hours after crews responded to the fire, the flames were extinguished, though officials returned to the scene later for a closer inspection. They do not believe the fire was intentionally set.

A.A. Milne, author of Winnie the Pooh, lived near the forest and used the wooded area as inspiration for his series. Ashdown Forest, or the Hundred Acre Wood as it was known in the children’s series, was home to Pooh and his friends.

Fire crews say a blaze that broke out at Ashdown Forest in #Sussex last night "has been brought under control".

The forest was the inspiration for the Hundred Acre Wood, the fictional home of Winnie-The-Pooh.

While many acres were destroyed in the overnight fire, Chris Sutton, a forest ranger, said there is no reason to fret. It won’t be long before the forest bounces back.

“All is not lost–within four weeks we’ll have grass growing and in six months you probably won’t know too much has gone on here,” he told the BBC.

While this news is tragic, there is hope that the forest will recover in just a short amount of time. Pass this article on to let everyone know what’s happened in the Hundred Acre Wood.