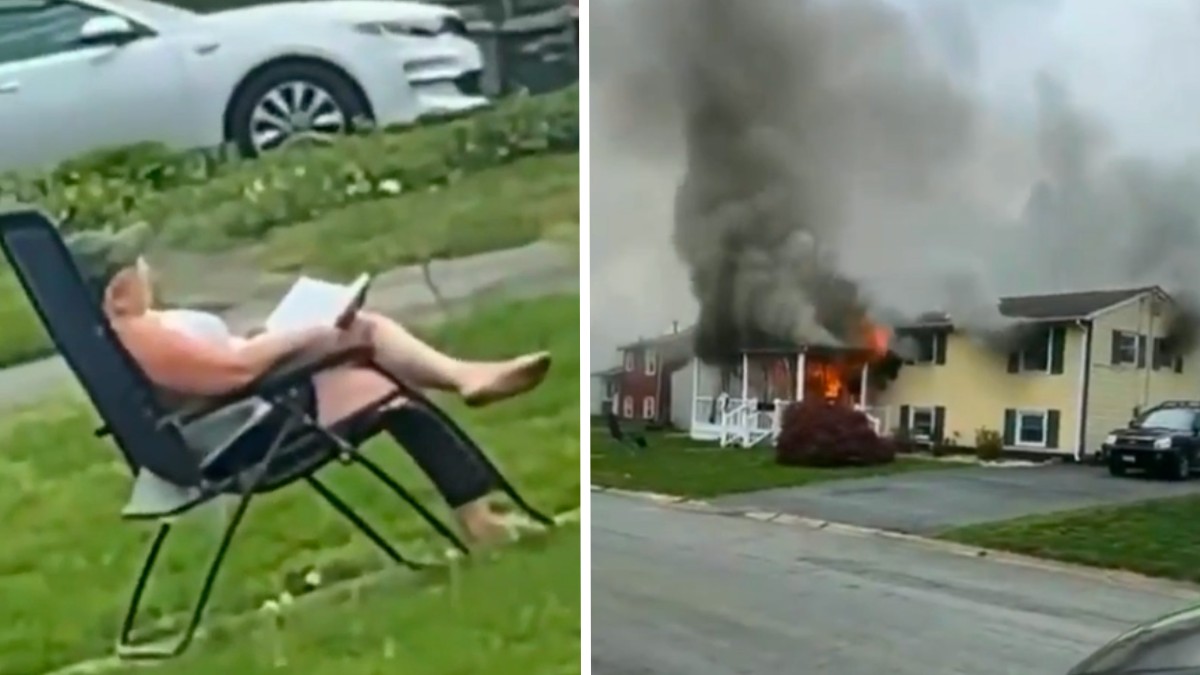 A Maryland woman has been charged with arson and attempted murder after she set fire to her home and then sat on her front lawn and watched it burn.

According to officials, Gail Metwally, 47, intentionally set multiple fires inside a home she shared with three other people, one who was at home at the time of the blaze, around 1:15 p.m. on April 29.

Firefighters were called to the scene in Elkton, Maryland after witnesses captured Metwally in action.

Video shot by witnesses show a fire burning inside the home while Metwally casually sits in a lawn chair in her front yard.

“She just f–king lit the trash can on fire!” an unidentified person can be heard saying in the video.

After admiring her work for some time, she gets up and leaves the scene.

At this point the fire has engulfed a large portion of the home, and the witnesses said they could hear someone inside the home. They rushed to help them escape.

By the time the firefighters arrived the entire front porch was on fire and dark smoke was billowing from all sides of the house.

According to Fox 29, officials located Metwally nearby and transported her to a State Police barrack.

Thankfully no one was injured in this bizarre crime, and thankfully there were witnesses to help the person who was still inside.