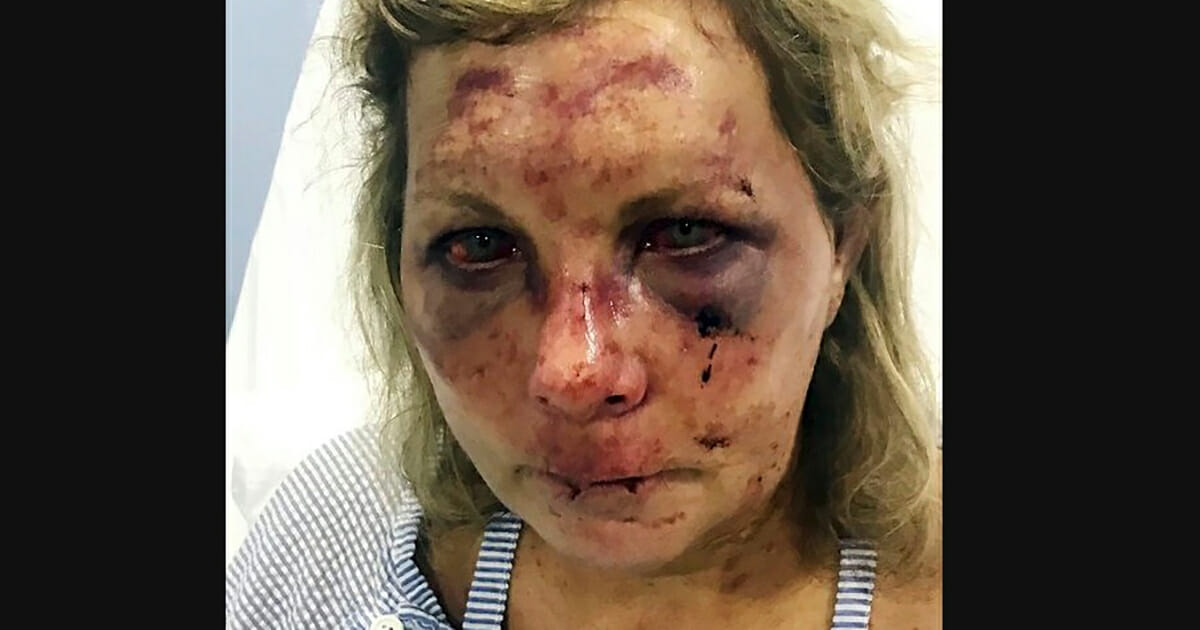 When Tammy Lawrence-Daley went on a January holiday with her husband and the couple’s best friends, she expected to be able to relax and enjoy all that the all-inclusive hotel had to offer.

Instead, it ended with her fighting for her life.

In May, Tammy revealed terrifying details of an alleged attack at a luxury hotel in the Dominican Republic.

She’s now decided to sue Majestic Resorts, the parent company of the Punta Cana resort, for “justice” and “accountability” in addition to compensation for “permanent, life-changing injuries,” according to a press release distributed by her lawyers.

According to Tammy, she was beaten and strangled multiple times into unconsciousness while staying at Majestic Elegance Punta Cana.

”How do you explain to your kids you were almost killed by some random stranger and that ‘Mommy is coming home, but I don’t look like myself’? How do you look into your parents eyes as they gaze upon your battered face telling them, ‘I’m okay, I’ll be okay,’” Tammy wrote on Facebook when she first revealed her story in a lengthy Facebook post made on May 29.

It was at the end of January that Tammy, her husband and another couple went on holiday to the Dominican Republic.

The couple looked forward to a week-long holiday at a luxury all-inclusive hotel in the city of Punta Cana, but on the second night things took a tragic turn.

After an evening with a lot of fun, the couples were returning to their rooms at 10:30 pm. Tammy tried to order room service, but didn’t get through so she decided to go down to the hotel lobby to buy some food.

”As I went through the rotunda between buildings, I noticed there wasn’t anyone in the hallway. Not majorly odd, but still eerily quiet. I took about 10 or so steps just swinging my wristlet back and forth, not a care in the world. That’s when I heard it. Heavy footsteps… one, two, three, four, then they sped up, and then before I could react I was plowed into from behind and immediately immobilized. His arms wrapped around me and he started pulling me immediately into an unlocked maintenance room…,” Tammy said.

Tammy posted several photos of herself on Facebook showing her beaten up face, swollen and bruised. According to published reports, Tammy suffered facial fractures and nerve damage. She had to spend five days in the hospital.

The Delaware woman has now taken legal action against the resort.

“Mrs. Lawrence-Daley and her team want Americans to know that they are being misled to believe that the Majestic Elegance Punta Cana did their job in handling this matter and that their facilities are safe,” Delaware News Journal. said, citing a statement by attorneys for Lawrence-Daley.

The resort, however, is skeptical toward the woman’s story.

”Mrs. Lawrence formally demanded a $2.2 million compensation agreement. After receiving no positive response, she disclosed her version of the case, 4 months after it happened,” Majestic Elegance Punta Cana Hotel claimed, according to Fox News.