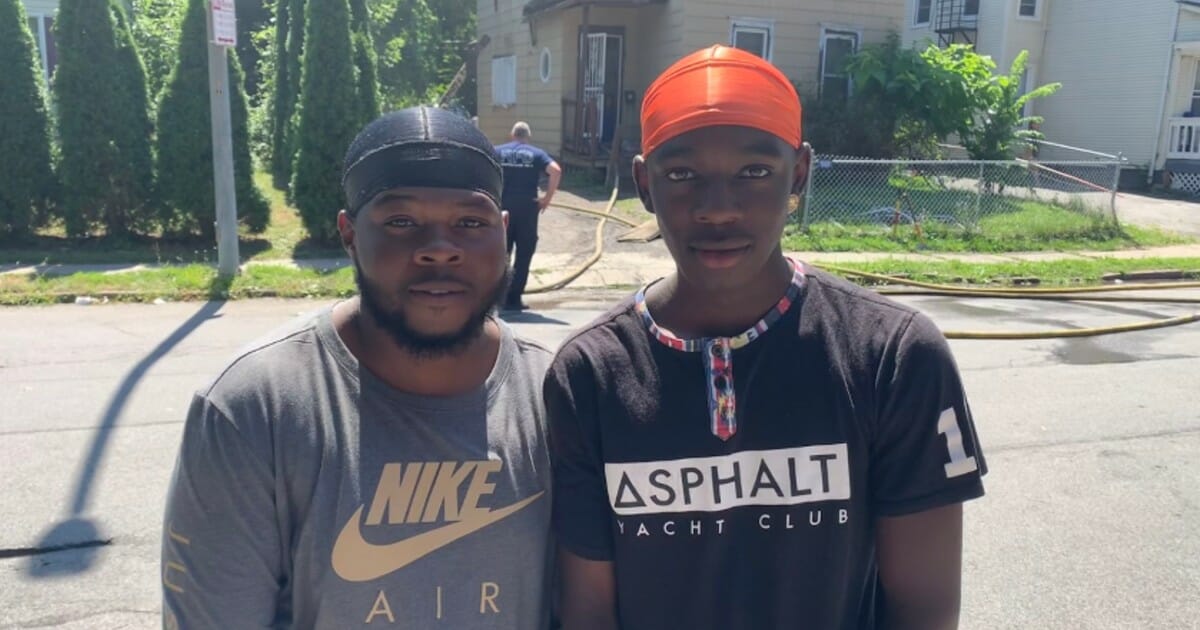 Darius Dillard and Nate Williams were hanging outside when smoke billowing out of the second floor window of a home across the street in Rochester, NY caught their attention.

The two young men didn’t hesitate. They jumped into action and ran across the street.

Darius and Nate kicked in the front door and found a family of five scrambling to collect their belongings as smoke filled their home.

An uncle called 911 as the young men rushed into the smoky home.

Darius said the downstairs floor of the home was clear of smoke, but upstairs it was difficult to see.

“… once it got in your lungs, it was hard, we could have passed out,” he said.

They attempted to put out the fire, but the smoke made it difficult for them to breathe and they followed the family of five out of the home.

Firefighters were able to put out the fire in minutes.

While fire crews commended Darius and Nate for saving the adult and four children and attempting to put out the fire, they cautioned others against doing the same.

“I think it’s awesome that they sprung into motion and tried to make sure there wasn’t anyone inside and got them out, they did something about it,” Jim Ryan, Rochester Fire Department’s deputy chief, said.

The young men have remained humble about their heroic actions, saying they were just trying to make sure everyone got out of the house. It didn’t matter to them that they didn’t know the people who lived in the home, they wanted to make sure they were safe.

“I didn’t know them from a can of paint. That’s the crazy thing about it. They just thanked me after. Me and my cousin,” Darius told Rochesterfirst.com.

These two fine gentlemen, Darius and Nate, ran into a burning home on Emerson St to try and save a family they didn’t know before @RFDPIO1 arrived. Why would they help strangers? Simply because they wouldn’t want it to happen to their family. More on this story on @News_8. pic.twitter.com/OefVsuQrnB

Even though they don’t think they’re heroes, I think these young men are heroes!

Let’s celebrate them by sharing this on Facebook and thanking them for saving their neighbors.