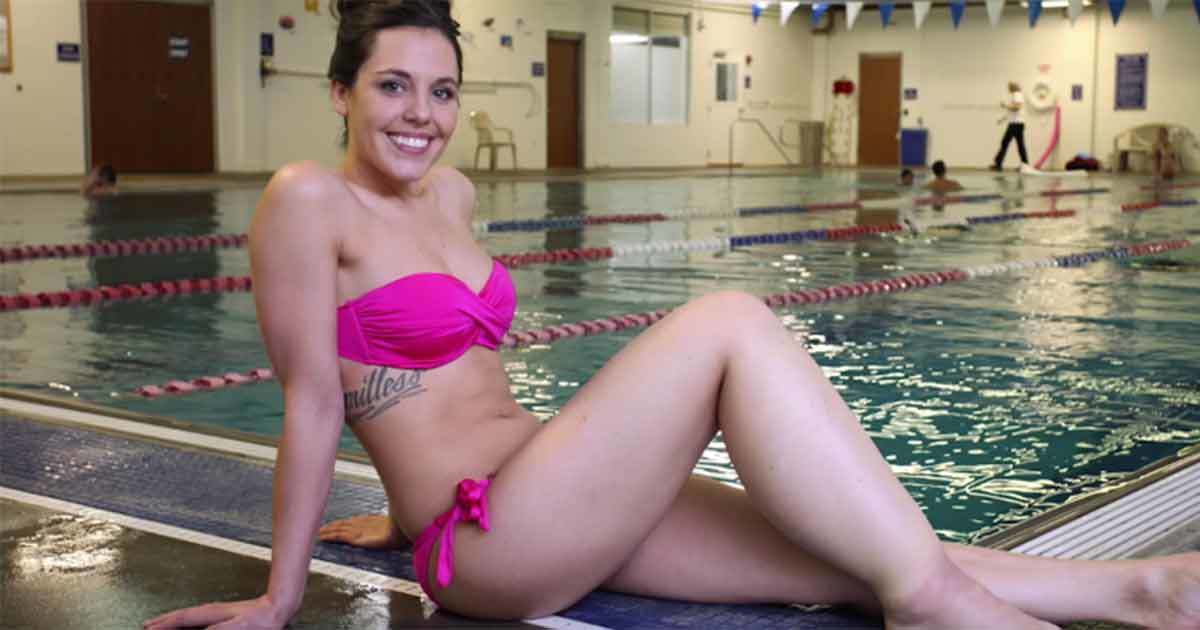 When Meagan Barnard started going through puberty, she developed lymphedema in her left leg. It’s hard enough for teenage girls and guys to go through puberty, but for Meagan, it was even worse. She was teased at school and given terrible nicknames like “Michelin Man,” so she did everything she could to hide her leg. Then, when Meagan was 24-years-old, her left leg swelled up to more than double the size of her right one. She refused to even show her leg to her boyfriend, who had no idea that she suffered from lymphedema. Then, something happened. After having felt unwell for several years, Meagan decided to “come out” with her lymphedema. And she’s even displayed her leg in a professional photoshoot.

Lymphedema refers to swelling that generally occurs in one of your arms or legs. It’s usually caused by the removal of, or damage to, the lymph nodes, according to the Mayo Clinic.

For Meagan Barnard, lymphedema came at age 15. She felt abnormal, lonely and suicidal, and refused to talk about it with her friends and family. Instead, she hid her swollen leg in baggy clothes and refused to wear dresses or skirts for over a decade. She was teased and someone in her school even yelled: “I didn’t know that the Michelin Man went to school here.”

Meagan felt so bad that on one occasion, she wrote a suicide note to her dad—she just didn’t think she could handle it anymore.

Meagan’s left leg holds up to three liters of extra fluid, and once when she was 24-years-old, it swelled up to more than double the size of her right one.

When she got older, she started dating a guy named Robert Neidenfeuhr. They’ve been together for two years, and it took six months before she would talk about her lymphedema. Instead, she concealed her leg with a pillow or loose clothes.

A few years ago, Meagan showed her legs for the first time in a decade. She decided to be open about her lymphedema in the hope that young girls who suffer from the same condition won’t have to deal with it in silence.

Now, Meagan Barnard has showed off her leg in glamor photos—and the results are so good that she’s even been asked to model more. By showing her body, Meagan wants to help girls accept themselves for who they are.

Please share if you also think that Meagan is an inspiring, strong and beautiful person!
Published by Newsner, please like