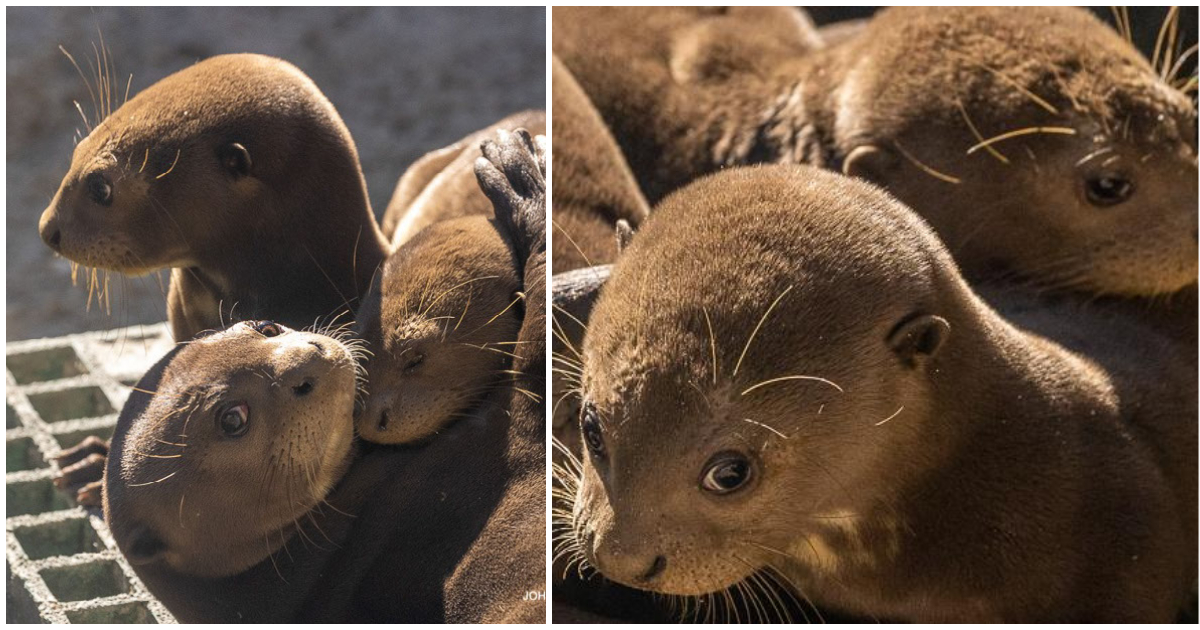 We always love to see newborn baby animals, but it’s extra special when they are part of an endangered species. Every new birth is a step towards repopulating the species and ensuring its survival.

Which is why it’s such great news that Jacksonville Zoo and Gardens, in Florida, recently welcomed to the world three giant otter pups!

The litter consists of two girls and one boy. They were born last Fall, but they’ve been kept behind-the-scenes for monitoring because the first few months are a critical time for otter pups.

But now, these rare baby otters have been revealed… and they’re pretty adorable:

According to the Jacksonville Zoo, the giant otter is the rarest mammal of the South American continent. They are listed as endangered by the IUCN Red List, with populations declining due to hunting and habitat loss.

The zoo is part of the Giant Otter Species Survival Plan, a conservation effort to help the species. This is only the second giant otter litter they’ve seen in their history.

The parents are 13-year-old Buddy, a rehabilitated otter who arrived fron Gyuana in 2011, and 9-year-old Sarave, who was arrived in 2018 from Zoo Miami.

According to News4Jax, Buddy was orphaned as a pup and is blind, but he’s the most genetically valuable animal of the Giant Otter Species Survival Plan.

“Buddy’s second litter with Sarave is a huge success for the captive population,” Dan Maloney, deputy zoo director for animal care, conservation and wellness, told News4Jax. “We were elated to celebrate the first pups and now we are even more excited to welcome their siblings.”

“This is not only Buddy’s and Sarave’s success story, but a win for conservation of this endangered species as we strive to maintain a healthy, and diverse population.”

What beautiful otters! We can’t wait to see these otters grow up and help bring awareness to this endangered species. Share this story!