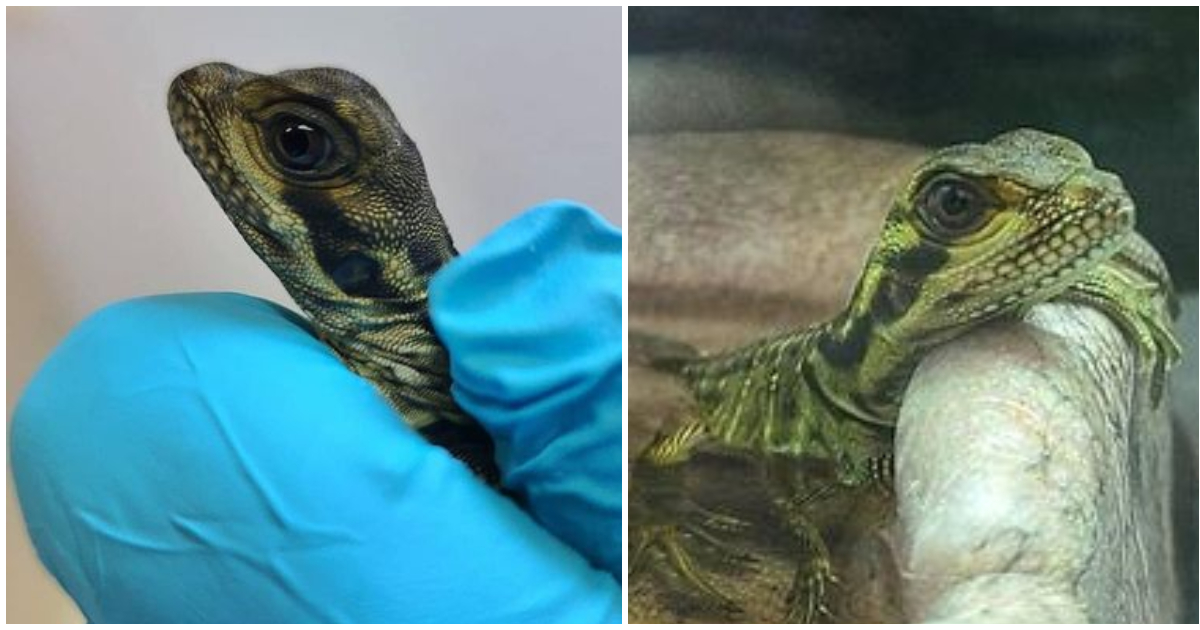 A baby dragon sounds like something you’d only find in a fantasy like Game of Thrones or Harry Potter.

But this is no fiction: one zoo recently hatched three baby dragons — maybe not the fire-breathing kind, but still rare enough that their birth is incredible in its own right.

The Philippine Sailfin Dragon is a rare species of lizard, found only in the Philippines and listed as a vulnerable species by IUCN due to habit loss.

There are only 12 zoos in the United States with these lizards… which makes it such exciting news that 3 babies were just born at Alabama’s Birmingham Zoo!

The zoo says they had been trying to incubate eggs from their female Philippine Sailfin Dragon, Naga, for years now, and finally had luck when the lizard buried her eggs a foot deep underground, allowing them to finish developing.

The zoo discovered the eggs, and watched as a tiny dragon hatched — something they described as a “once in a lifetime moment.”

“This tiny creature was fully developed and ready to go!” said Andy S, the Animal Care Professional in Reptiles who was holding the egg as it hatched.

The first dragon was dubbed “Tony,” and soon he had siblings: a few days later, “Ezekiel” and “Nat” were hatched after being placed in incubators.

The Birmingham Zoo writes that the lizards are currently just 15 grams, but will someday grow to over 3 feet and weigh 3 pounds.

And even as little guys, they’re already pretty mature for their age.

“Sailfin Dragons are precocial, meaning when hatched, they are highly developed and ready to fend for themselves – climbing, swimming, eating plants, and hunting everything from birds, fish, mammals, and even other reptiles!” the zoo wrote.

The births were welcome news for the zoo, who is trying to keep up a healthy population for this species.

“Tony, Ezekiel, and Nat will help keep the zoo population stable as we work to protect and conserve this incredible species!” the zoo wrote.

Wow, what adorable dragons! Congrats to the zoo on this rare birth!