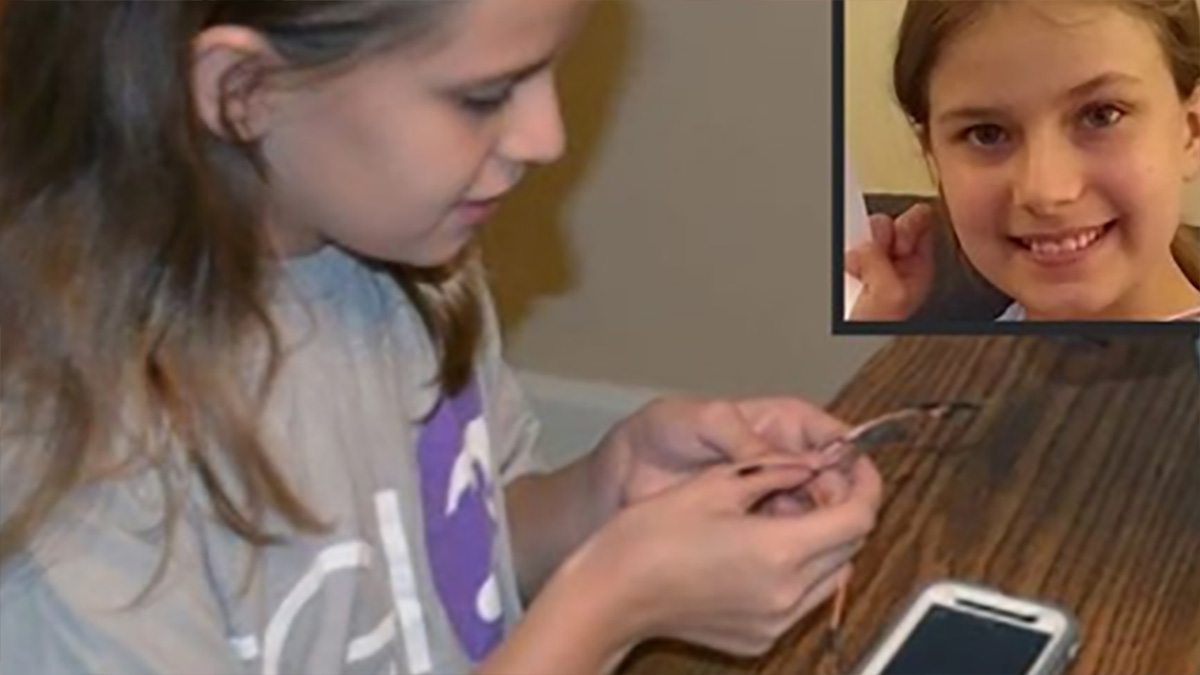 Despite numerous warnings and previous tragic stories, the number of children who die after been left in hot cars seems to rise every year.

On average 39 children under the age of 15 die each year from heatstroke after being left in a vehicle in the U.S., according to Injury Facts.

But 12-year-old Lydia Denton decided she wanted to do something about it.

“I got really emotional about it because it’s something that’s happening in the real world that I knew could be fixed,” Lydia, told Good Morning America.

“And no one has come up with a cheap way to fix it that people can afford.”

Lydia, who is a rising 7th grader from North Carolina, developed a smart seat device that detects when a child is in a seat and starts measuring the temperature of a car.

The pressure pad fits under the car seat cover, senses when the weight is over 5 lbs, which means when a child is sitting there and alerts parents and emergency officials when the temperature in the car gets to 102 degrees.

Her ingenious solution “Beat the Heat Car Seat” has secured her a $20,000 prize at this year’s CITGO Fueling Education Student Challenge.

Lydia shared the money with her 14-year-old brother and 10-year-old sister who helped her develop her device.

“Once I made the prototype, I called in my brother, who is really great at coding, and my sister, who’s a good peacemaker,” she told GMA. “When we would get frustrated, she would help bring us snacks and she helped us design it to make it better.”

Lydia also wants to use the money to get her much-needed device to the market, which she said should only cost around $50 to buy.

To invent such a crucial device at such a young age is a remarkable achievement and Lydia deserves her reward.

I can’t wait to see her invention on the market. Please share to pay tribute to this wonderful young lady.