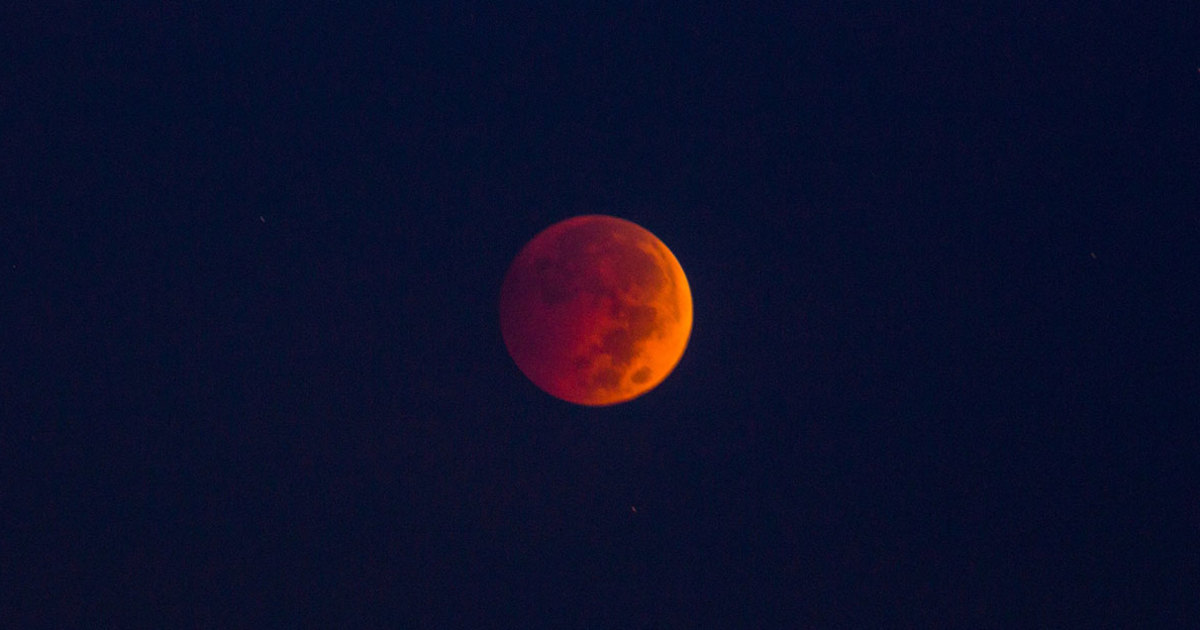 On Monday, September 28th, we will experience a blood moon and super moon. The phenomenon has not occurred since 1982, and won’t happen again before 2033. Here’s everything you need to know before the highly anticipated event.

According to NASA, an occurrence of both super moon and blood moon phenomena has since 1900 only happened five times. The years were 1910, 1928, 1946, 1964 and 1982. And if you happen to be a very long-term planner, you can try plugging October 8th, 2033 into your calendar: That’s when the next expected double phenomenon will take place.

The super moon will begins just after 9:00pm EDT, on Monday, September 28th, as previously reported here. A super moon is, simply put, when the moon is extra close to the Earth. When that’s the case, and it is a full moon, it’s called a ‘super moon’.

“The moon will be perceived as being larger than usual, although this is an illusion. In fact, the moon is only eight percent closer to the Earth compared to its usual average distance,” Peter Linde of the Swedish Astronomical Society told Newsner.

Then, just one hour later, the next cool phenomenon will begin: the blood moon. That’s when the Earth is between the moon and the sun, creating a total lunar eclipse.

This does not mean that the moon becomes invisible, it will remain visible. Due to the sun’s light filtering through into Earth’s atmosphere, the moon takes a glowing red hue, hence the term “blood moon.”

Here are the times to see the lunar eclipse in Eastern Daylight time (EDT):

And you can find the hours of the phenomena for you location by visiting this site.

Blood moons are usually spectacular and it is easy to view with the naked eye. And unlike the eclipse, it’s safe to watch it without eye protection.

Now, I’m just crossing my fingers that we’ll have a clear night the day of!