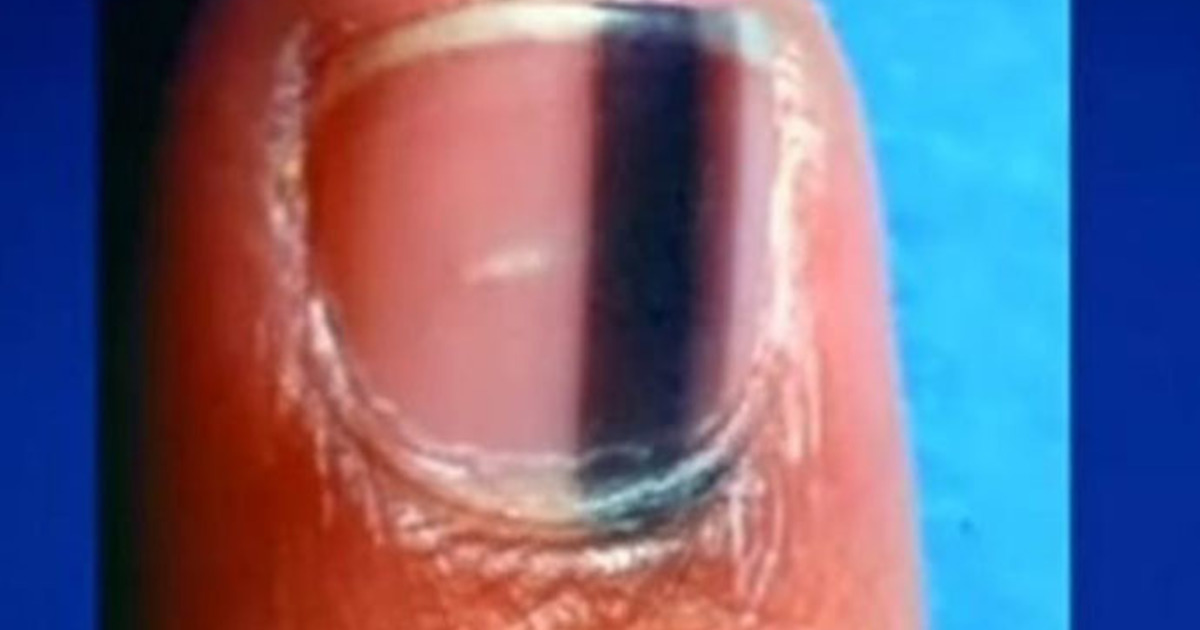 Skin cancer comes in different forms, but malignant melanoma is the most well known.

In the United States alone, the disease caused about 10,130 deaths in 2016, according to the American Cancer Society.

Malignant melanoma occurs most often on the chest, back, and legs. But it can also occur on other places, as a British named Melanie Williams discovered. The mother of three noticed a blue mark under her thumbnail and assumed it was fungus…

Two years ago, Melanie Williams noticed a strange black mark under one of her thumbnails.

At first, the mother of three thought it was probably fungus. But when anti-fungal medicine didn’t help, she went to the hospital, writes The Mirror.

After several examinations, Melanie’s doctor gave her a shocking diagnosis: the mark on her nail was cancerous tumor called acral lentiginous melanoma. This rare type of skin cancer occurs under the nails and is easily confused with a nail fungus called onychomycosis.

A few days later, Melanie went on Facebook to warn others and spread knowledge about this type of cancer.

“See that on my thumb? Do you know what it is? It’s skin cancer. This grew from nothing in a matter of weeks,” she wrote in a post that was shared by more than 100,000 people.

Melanie was lucky that her cancer was discovered early on, even if she had to have surgery to remove a piece of her thumb.

Since misdiagnosis is common, people should be on the lookout for brown, black, or dark blue discoloration under their nails.

A brown top-to-bottom stripe under the nail can indicate cancer, but tumors can also grow under the nail plate, according to the Melanoma Research Foundation.

If your nail looks like the picture above, or if you suspect that you may have malignant melanoma, see a dermatologist immediately.

The idea is definitely not to scare people unnecessarily, but I hope that everyone can share this information so that together we can help to draw attention to this rare type of skin cancer.

If only one person sees this and is saved, it will be worth it.