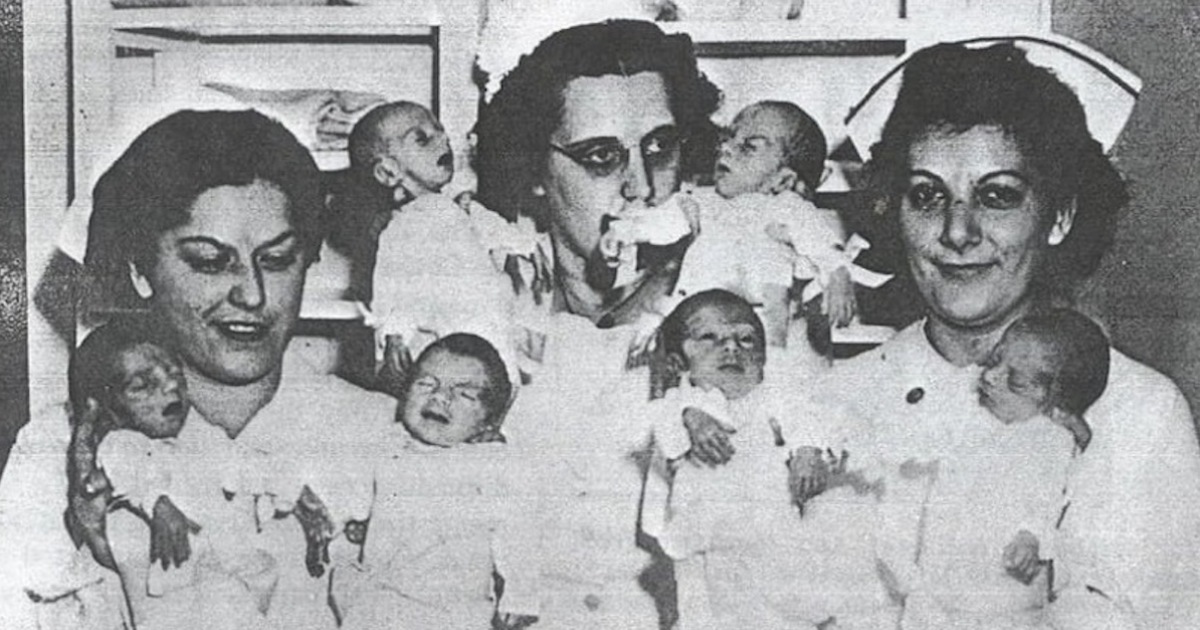 Despite all the research done and all the medical advances over the years, premature babies still face a very tough beginning in life. Thanks to improved medical care, most children who are born prematurely survive today with no permanent damage. But still, preemies’ organs are not fully developed, so in the first days of life, these little ones need a lot of help getting started. For babies born in the beginning of the last century, conditions were quite different. Back then, healthcare was not as developed, and before 1970, over 90 percent of all children under one kilogram died. Most preemies died because they were simply too weak. Their brokenhearted parents could do nothing as their children were handed over to nursing staffs that in many cases had no chance of saving their little ones. But premature babies born in New York during the 1920s were different. A ray of hope shined forth from there that would eventually transform the care of premature babies forever. And the new way of caring for premature babies didn’t come from a university or a laboratory, but a place where no preemie would be allowed to go today. Please read on to find out how a sympathetic doctor with an unusual idea and a famous tourist attraction came together to transform healthcare at its core.
Share
Tweet

From the 1920s into the 1940s, New York parents of prematurely born babies had a surprising and unusual opportunity to save the lives of their children.They could put their preemies on public display.

Doctor Martin Couney came up the strange idea. He was assisted by a team of nurse, who sometimes picked up the babies from their primitive incubators to show curious onlookers.

Dr. Couney had previously traveled widely to show off his self-designed incubator at fairs and other events. He insisted that the incubators were the only way to save the lives of these young children.

Eventually, Dr. Couneys installed a permanent show at Coney Island. Visitors paid 25 cents to look at the little creatures. Many people found it hard to grasp what they were seeing—they didn’t think the kids were real.

Look closely at the right side of the photo below and you can see a sign advertising the infants.

All proceeds went to the babies’ medical care and food. The children’s parents didn’t have to pay anything and were allowed to visit their children at any time.`

The babies lived in incubators like the one pictured below. The design was inspired by poultry incubators, which is why incubators were originally known as “child hatcheries.”

Thanks to Dr. Martin Couney and all of the nurses, the exhibit eventually saved the lives of between 6,500 of the preemies 8,500 that were displayed. Incredible!

Many hospitals were suspicious of Couneys’ methods, mainly because he put the infants on public display. Some people were also worried that the premature babies would grow up to become “abnormal” adults. But Dr. Couney insisted that they were just like everyone else.

He also believed that all children, regardless of ethnicity or economic status, deserved care. He always stood up for his methods, but above all, he stood up for the children.

Dr. Couney’s work also bore fruit beyond his exhibit. Around 1940, hospitals began making use of incubators and they were soon standard issue at most medical facilities around the United States. In 1943, Dr. Couney shut down his show at Coney Island.

“We think this is a spectacle. We could never do this today. But at the time, he was a leader. And I think we owe a lot of the very basic principles of neonatology to this gentleman,” Dr. Richard Schanler, director of neonatal services at Cohen Children’s Medical Center of New York, told the AP.

Healthcare wouldn’t be where it is today if it weren’t for the countless forgotten health professionals that have come before. They are the real heroes!

If you think that more people should know about Martin Couneys’ work to change the lives of premature babies, please share this incredible story with your family and your friends.