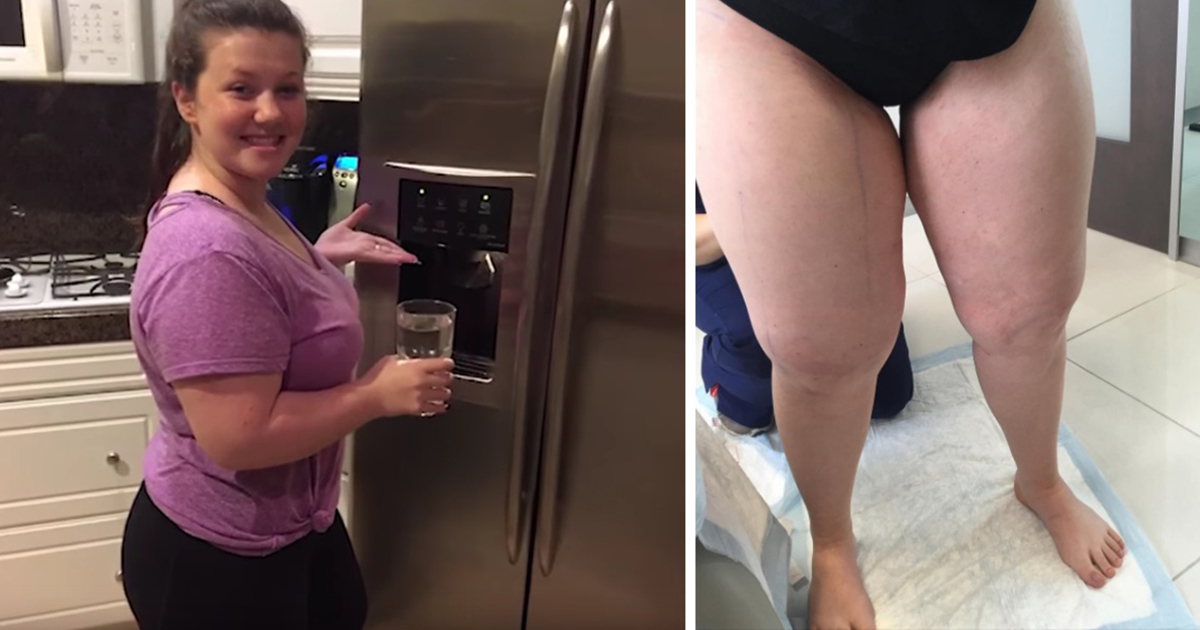 When she turned 10, Emily inexplicably started gaining weight. And although she played more sports than most of her classmates, she just kept getting heavier and heavier.

At the beginning of high school, Emily weighed about 30 pounds (15 kg) more than her classmates. Working out every day didn’t help.

Emily could only watch as she gained weight—but she was determined to do something about it. When she turned 14, she started exercising twice a day and went on a diet.

Still, Emily only lost a little weight, and the problem persisted.

Eventually, Emily’s legs grew so disproportionately large that it was painful just to stand up.

Then after years of suffering with leg pain, Emily finally found a doctor who had an idea about what the problem could be. He took a look at Emily’s lower body and realized that she had a rare disease that only affects women.

Emily was diagnosed with lipedema, a relatively unknown disease that primarily affects women.

The symptoms are similar to lymphedema, but liquid and fat collections are symmetrical and usually affect both legs.

The disease has three stages: First, The skin in the affected area is soft and smooth. Swelling increases during the day, but typically resolves with rest and elevation.

In the second stage, lumps form on the hips, inner thighs, knees, and ankles. Swelling increases during the day, but usually reduces at rest.

In the third stage, the swelling is always present, and there is an overhang of fat and skin.

According to Lipoedema UK, the disease affects 11 percent of all women.

Most often, the disease, which is hereditary, is associated with hormonal changes, such as during puberty, pregnancy, and menopause.

The legs become swollen when the body’s circulatory system, the lymphatic system, is unable to remove fluid from the leg tissue.

The fat tissue then collects in the legs and is difficult to get rid of.

There’s currently no cure for the disease, and the only solution is liposuction.

Some devices, such as compression stockings, relieve the symptoms, as do exercise and a strict diet.

Emily chose have lipocuction on her thighs, which hopefully will help her in the future.

Watch Emily explain more about the disease and her operation in the video below:

Want to learn more about this disease? Check out Lipoedema UK.

And please share this article so that together we can increase knowledge about this relatively unknown disease.

Hopefully it will help someone out there!