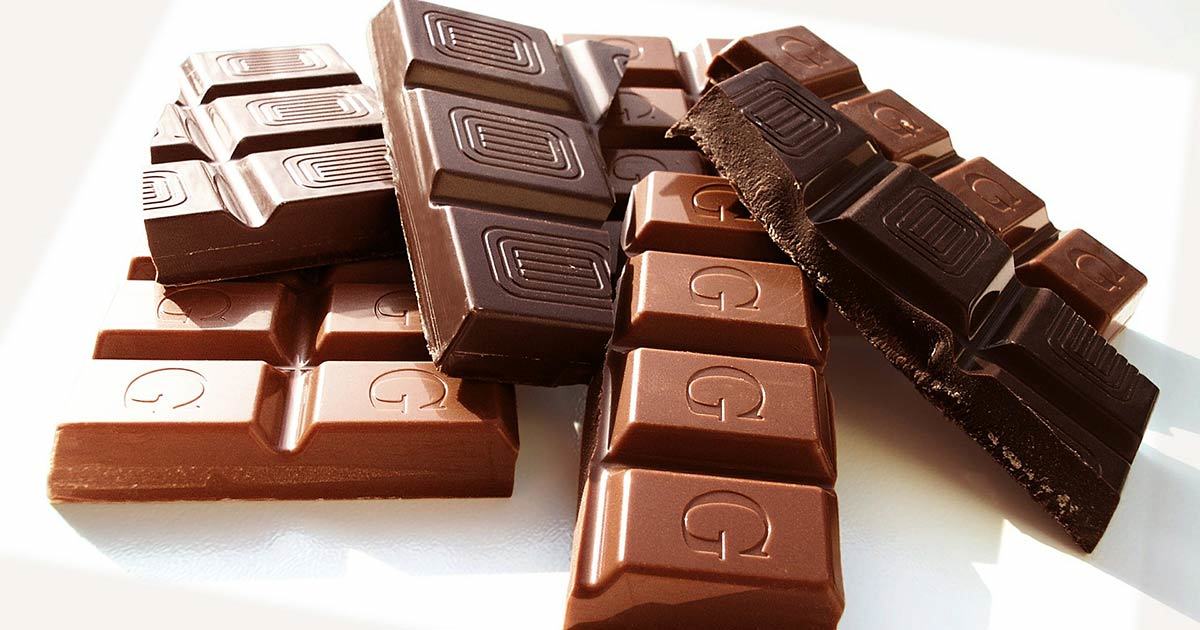 Like many, many others I know, chocolate is something I can never get enough of. I do try to do things in moderation, but with chocolate, I find that task can sometimes be daunting. Here’s some great news, though. There are reasons, 13 of them to be exact, that you should treat yourself to a piece of chocolate today. As in right now. And yes, I will do the same.

1. It’s good for your heart

According to several studies, dark chocolate protects against cardiovascular disease. A study at San Diego State University revealed that people who ate 50 grams of dark chocolate every day for two weeks had lower blood sugar levels and lower levels of bad cholesterol, compared to a control group that did not eat chocolate. A separate study out of Australia examined 2,000 people and revealed that a daily dose of dark chocolate can prevent heart attacks.
Source: EurekAlert

3. Chocolate may protect the skin against UV radiation as well as improve it

A German study involving women revealed that dark chocolate, which contains flavonoids, can act as sunscreen and protect the skin against UV radiation.
Source: The Journal of Nutrition

5. Kind to your blood sugar levels

Cocoa contains antioxidants and several types of minerals and vitamins such as magnesium, sodium, iron, zinc and calcium. Why take a vitamin pill when you can have a bite of chocolate?

8. Can help with chronic fatigue

Chocolate can actually have a significant impact on reducing symptoms for people who suffer from chronic fatigue, according to this study by British researchers.
Source: Hull York Medical School.

There are desserts – and then there are desserts. But few are equally as elegant as a perfect, smooth chocolate mousse. Chocolate mousse can beautifully complement any meal, and make it feel very luxurious. The cherry on top? The divine dessert is not so difficult to make yourself.
Source: Huffington Post.

Numerous health benefits have already been associated to dark chocolate. But if you’re not a huge fan (like me) and prefer a velvety smooth milk chocolate, don’t fret. According to this study from Karolinska Institutet, both types of chocolate reduce the risk of stroke. The more you eat the better, with every 50 grams you eat a week reducing stroke risk by 14%. It does not matter if you eat dark chocolate or milk chocolate.

According to the US study Chocolate Happiness Undergoing More Pleasantness people who ate chocolate were more likely to be happy than people who did not. So that a chocolate chip cookie can help you through a tough day is not so surprising.

12. You can dip almost everything in chocolate

A classic example is fruit, such as strawberries or raspberries but why not double dip with brownies, or use nuts or marshmallows. But to be fair, there are a few things we wouldn’t recommend. The Huffington Post tested the chocolate dipping bacon, dried meat, onions, fish, watermelon and pickles. But it was not a success.
Source: Huffington Post.

This final reason requires no scientific studies or advanced laboratory experiments. The evidence is in the bite: chocolate is simply delicious!

We at Newsner love chocolate. Like if you do too.