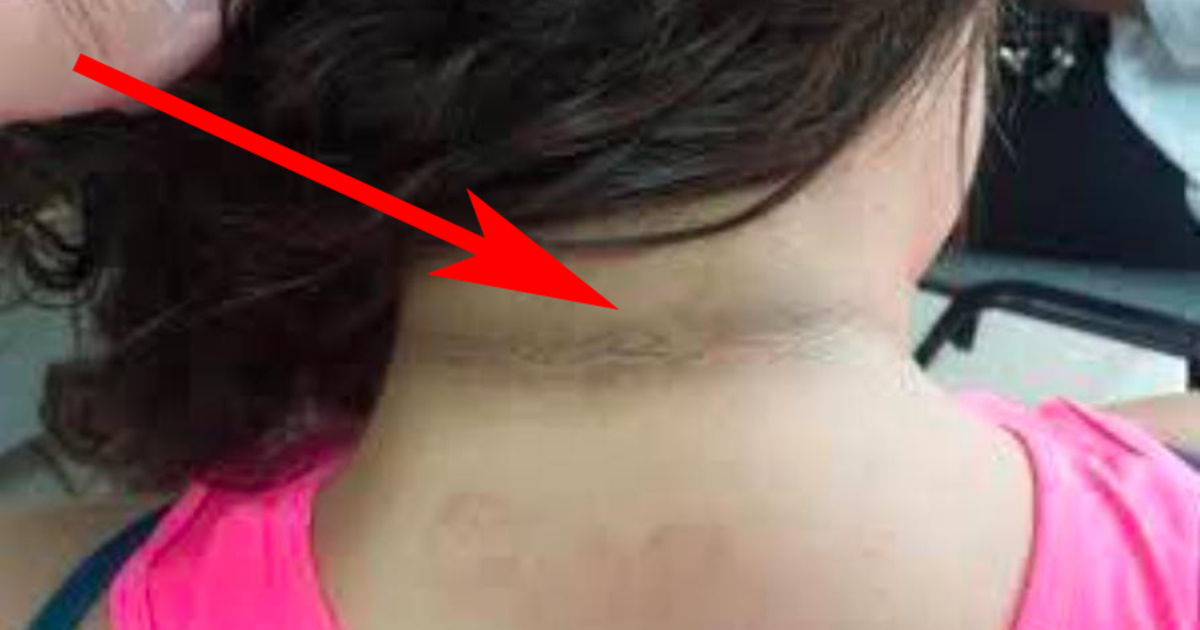 Pantera Myhill, 14, was constantly thirsty and started to get a lot of headaches. Then she discovered a dark ring around her neck that resembled dirt. It proved to be a disease.

It started when the teenage girl began to have mood swings, headaches, and was constantly thirsty. Then, she discovered a dark ring that looked like dirt around her neck.

Her mother became worried and took her to a doctor. That’s when they received the news: Pantera had type 2 diabetes.

Similar dark circles can be found elsewhere on the body, mainly around skin folds. As in the armpits or groin, for example. But these ‘rings’ are not actually dirt and can’t be washed away. One reason behind this this kind of pigmentation change is excess insulin or hypoglycemia, thus blood sugar. But it can also be a sign of another disease, so in the incidence of appearance of such rings, one should always consult with a doctor.

In Pantera’s case, the rings were in fact caused by type 2 diabetes, and the young woman now takes insulin every day and monitors their blood sugar twice a day.

Type 2 diabetes indicates that the body has a hard time controlling blood sugar levels on its own. It is the most common type of diabetes and often occurs in adulthood. There is a strong link between this type of diabetes and obesity. Symptoms of the disease may be fatigue, thirst, blurred vision, itching in the genital area, and urinating more frequently. Exercise and a healthy diet can help lower blood glucose levels. One of the serious risks of type 2 diabetes are arteries blocking faster – which can lead to heart attack and stroke.

Now, Pantera’s mother is asking all parents to pay close attention to their children for any of these signs, even if there’s no prevalence of the disease within the family. She asks them to think about what food they give their children.