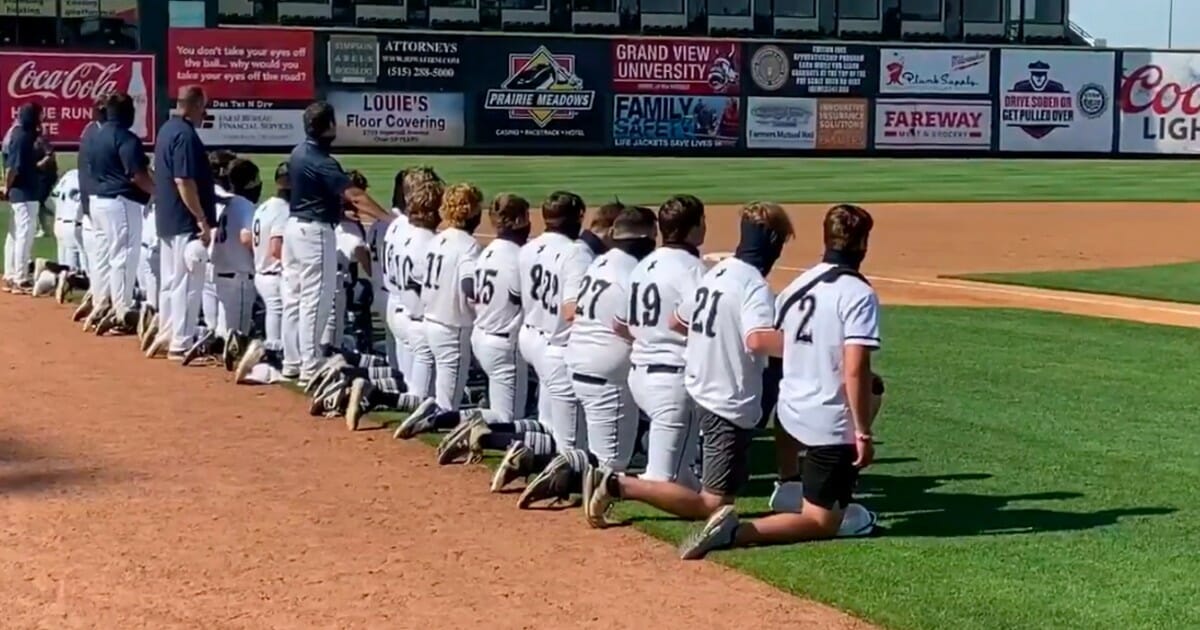 Prior to the start of their first game of the season, the entire Roosevelt High School varsity baseball team took a knee during the playing of the national anthem.

“No disrespect to the flag. It’s simply to bring attention to the issues at hand, and I think we did the right thing,” Alex Pendergast, a senior on the team, told WHO.

The team reportedly discussed the decision prior to opening day and agreed they would all knee.

When the team took the field in Iowa, the first state to allow high school sports, every member of the team knelt, and while their coaching staff remained standing behind them, Tracy Johnson, the activities manager, said he supported their decision.

“It made me feel good because our kids are in it together,” Johnson said. “We want those kids to be able to express themselves, and it was neat for us to see all of our kids do that.”

Athletes have been taking knees since Colin Kaepernick began taking a knee during the playing of “The Star-Spangled Banner” in 2016.

“I am not going to stand up to show pride in a flag for a country that oppresses black people and people of color,” he told NFL Media in August 2016.

The peaceful demonstration has since become a hot topic of debate.

The team of young men were proud for standing up for something they all believed in.

“It shows how we are together as a team and have a strong core,” Jayden Singleton, another senior on the team said.

It’s great that these young men came together and agreed upon a way to address the current issues.