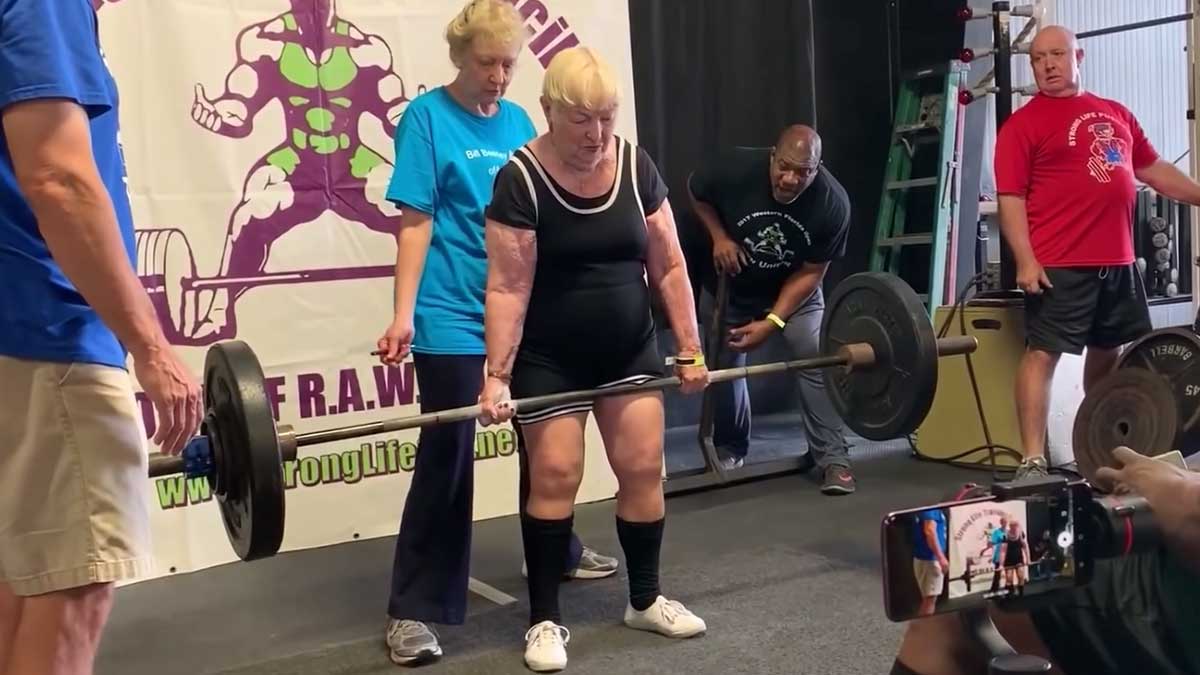 Has anyone ever said you were too old to accomplish one of your dreams?

If so, you can direct them to Edith Murway-Traina, and say if she can do it, so can you.

The great-great-grandmother, who turned 100 years old on August 8, is officially the world’s oldest competitive powerlifter. The record will be published in next year’s Guinness Book of World Records.

Edith, who lives in Tampa, Florida, unwillingly joined a gym nine years ago.

She said she initially went “kicking and screaming,” but when she saw others working out she thought she might as well too.

And before long she was winning trophy after trophy.

According to Guinness, the former dance teacher lifts anywhere from 40-150 pounds.

Besides the trophies, which Edith says she has run out of room for, she lives for the applause.

“I love to hear the applause,” she told The Post. “What better [thing] is there than feeling like you accomplished something and to hear everyone applaud and make you feel like you’ve done something powerful and important?”

Over the past year she had to take a break from the gym due to the pandemic, but she’s back now and getting ready for her next competition in November.

It will be her first competition since she competed at the age of 98.

She admits that while it would be nice to add another trophy to her collection, she lives her life one day at a time, and she’s grateful for that opportunity.

“There’s nothing more that I can ask for than to open my eyes in the morning and know God gave me another day.” she said. “You can’t ask for more than that.”

You go, Edith! You are an inspiration to many people both young and old.

We will be cheering you on when you compete in November!