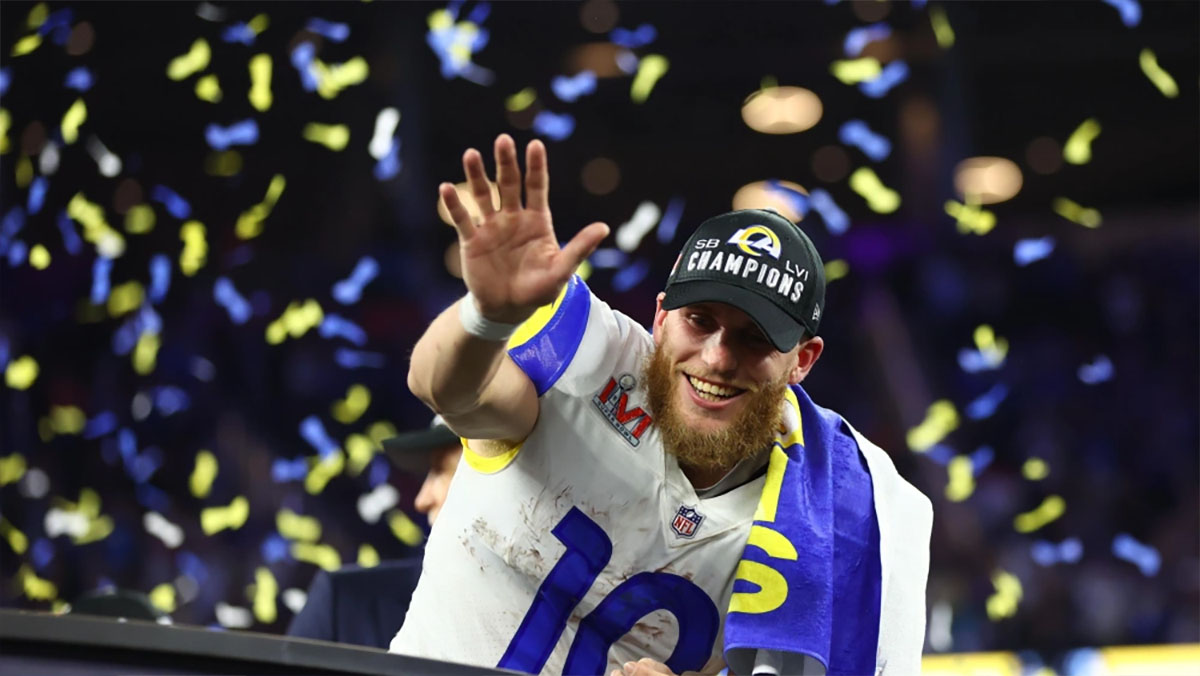 As the breakout star of this year’s Super Bowl Cooper Kupp grappled with an onslaught of media attention, he refused to acknowledge his own heroics.

The Los Angeles Rams won the Super Bowl in front of a home crowd at SoFi Stadium on Sunday, defeating the Cincinnati Bengals 23-20.

Kupp, the Rams wide receiver, was named MVP of Super Bowl LVI after he caught eight passes, two for touchdowns, totaling 92 yards, and also ran for seven yards, according to Sports Spectrum.

“He’s been such a special player, not only this year, but really since we drafted him five years ago,” Rams coach Sean McVay said, as per ESPN. “Love Cooper Kupp.”

As the media rushed to get a comment from the man of the hour Kupp had other areas he wanted to focus on away from his incredible performance.

“It just comes down to this team, how we’ve prepared, the way we’ve loved on each other, trusted each other,” he said.  “I don’t know, I don’t feel deserving of this. God is just so good. I’m just so thankful for the guys I get to be around, for the coaches, for my family.”

Kupp then shared with reporters a vision he’d had from God.

“In 2019 we walked off the field that last time after losing to the Patriots; I wasn’t able to be a part of that thing,” he said.

But before Sunday night he had only shared this vision with his wife.

“I shared that with my wife because I couldn’t tell anyone else obviously what that was, but from the moment this postseason started, there was just a belief, every game, that it was written already,” he said.

“It was written already and I just got to play free, knowing that I got to play from victory, not for victory. I got to play in a place where I was validated not from anything that happened on the field but because of my worth in God and my Father,” he said.

Kupp had also credited his wife with his success as she has worked full time so her husband can focus on his career and supported him all the way.

The newly-crowned NFL star was asked to elaborate on his vision adding: “It was just walking off the field. It was as clear as day,” he said, according to Sports Spectrum.

“I walked off the field, I turned around before walking back through the tunnel and it just hit me. It was as clear as I can see you guys here right now. Pretty incredible.”

Kupp also channeled his faith in the week leading up to the game.

“I think the thing that He has taught me is that you will find that you are most fulfilled, you will find the most joy, when you are rooted in your purpose, and specifically rooted in His purpose for you,” he told reporters.  “That, to me, has been one of the best things about this year.”

Kupp said his faith is his biggest motivation.

“My motivation coming in every single day is to run the race in such a way as to honor God and the passions and the talents that He’s given me,” he said. “When I’m rooted in that, I am in a great place. I am able to play freely.”

Such a wonderful moment and an inspiration to all of us with a dream. Please share.