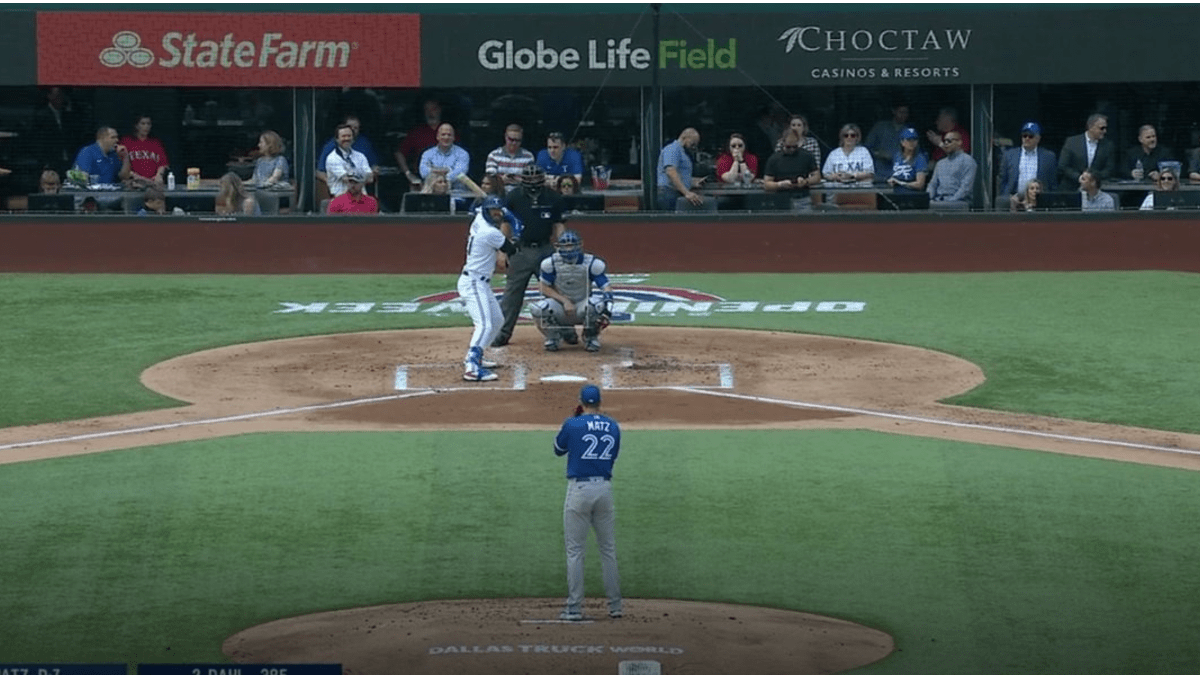 The Texas Rangers played their home opener Monday and along with welcoming the Toronto Blue Jays, they also welcomed a crowd of more than 38,000 people.

Perhaps the most who have been in attendance at any event since before the pandemic.

If you’ve watched sports at any point over the past year, you’re probably familiar with the cardboard cutout.

Cardboard cutouts, whether they be of diehard fans, beloved pets, past coaches, recognizable celebrities, or legendary players, have graced the stands of sports games ever since the pandemic began.

Now that restrictions have begun to ease and vaccinations are picking up speed, fans are being welcomed back.

In March, Texas Gov. Greg Abbott announced that all businesses in his state could operate at 100 percent capacity and there would no longer be a mask mandate.

That same day the Texas Rangers announced they would have a full-capacity crowd.

“We’re very confident we won’t be a super-spreader event,” Rangers CEO Neil Leibman said after the controversial announcement. “With all the protocols that we’re following, we’ll be extremely responsible and provide a very comfortable environment for somebody to enjoy the game without worrying we’re going to be a spreader event.”

The Rangers’ website states that masks are required except when fans are “actively eating or drinking at their ticketed seats.” Social distancing will be enforced and hand sanitizing stations will be available throughout the stadium.

Following opening day, certain sections of the stadium will feature “distanced seating” which will provide more space between seats.

Despite the rules and precautions listed online, photos, videos, and fan accounts tell a different story from Opening Day.

What are your thoughts about allowing full capacity at outdoor sports events? Would your opinion change if masks were required and enforced?