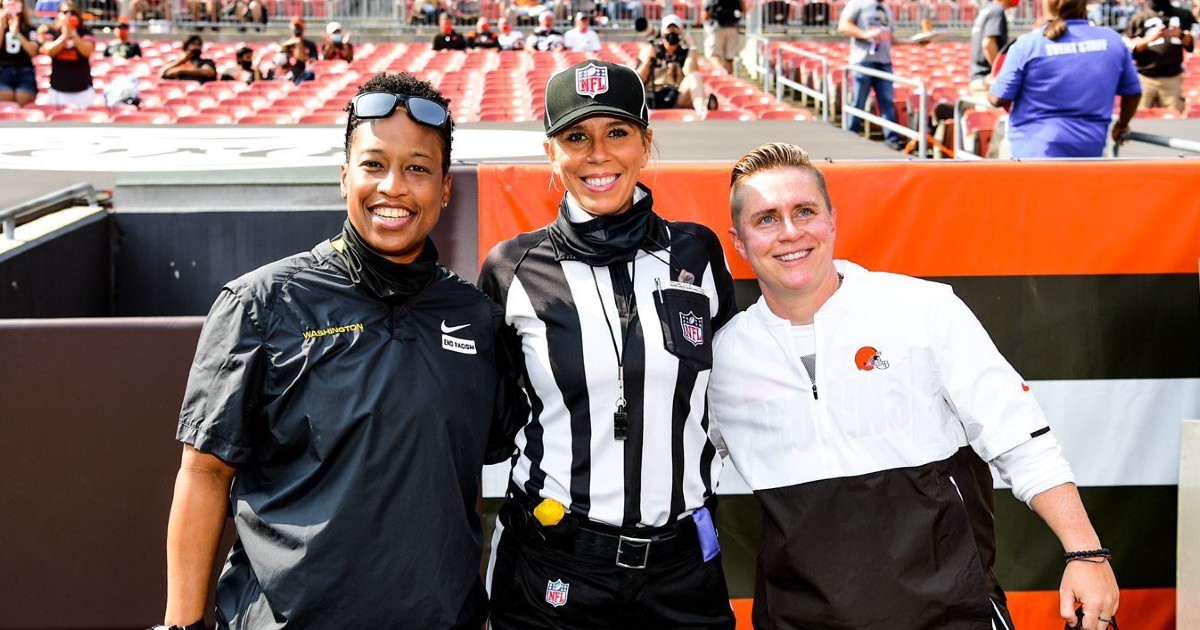 On Sunday, for the first time in the NFL’s 100-year history, three women worked a regular season game.

Each team had a woman coaching on their sideline, and there was a woman officiating the game. The historic moment occurred during the Cleveland Browns and Washington Football Team game in Cleveland.

“It’s kind of incredible,” Brownson told FOX Sports a few days before the historic game. “And Jen can attest to this as well. When you think back on where these journeys started for all of us, and then you get to a point now where we’re looking at walking out on the field on Sunday and there being female representation in almost every category – it’s unbelievable. It’s the stuff we’ve dreamed about for so long.”

According to CNN, both Thomas and Brownson previously made history simply by doing their jobs as women in sports.

And while their appearances are paving the way for younger generations, they still face discrimination.

But like all women, they are stronger than the comment sections, where the harsher critics are often found. And they believe representation matters.

“I think representation has been everything for me,” King said. “Essentially, we’re doing something that we never saw when we were little kids. That we never even thought about. And just to be a part of it is pretty cool.”

This is yet another step in the right direction for women. There is no reason why women can’t have a spot next to men on the football field.

Share this if you want to see more women in sports.