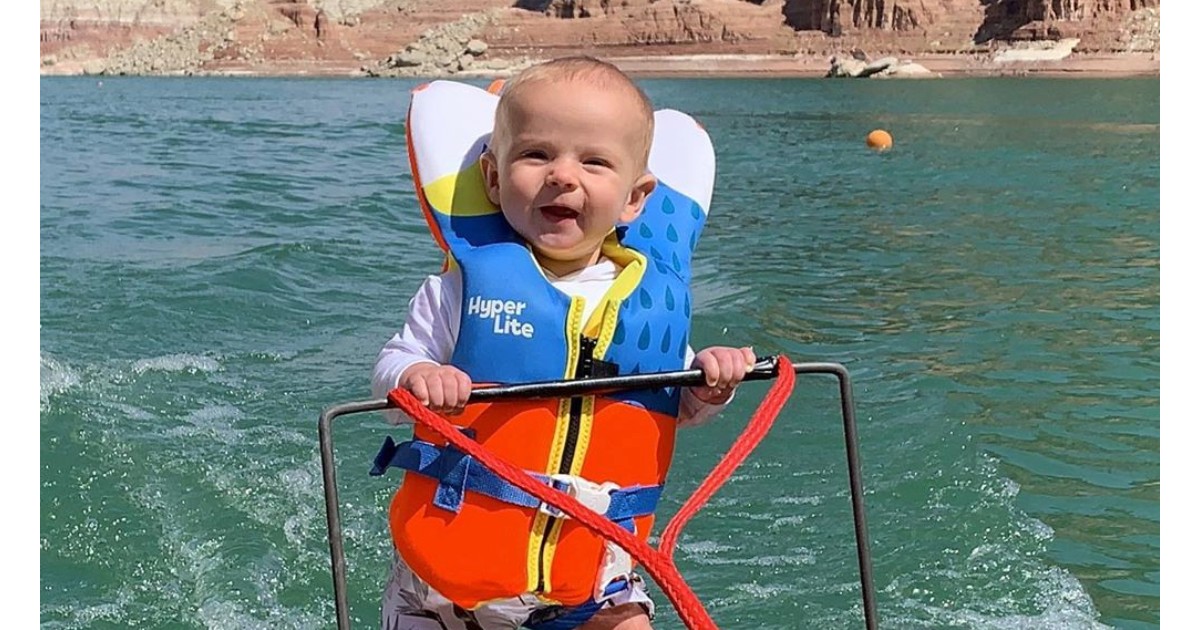 An adorable, yet slightly concerning video is going viral due to safety concerns for the child in the video.

The video, which was shared by Casey Humphreys, shows his 6-month-old son waterskiing in Lake Powell. While Casey is next to his son, the boy appears to be in the water by himself.

At six months old most children can recognize familiar faces, respond to their own name, reach for objects, and begin to sit without support. Children will also begin to stand while holding on to something.

Of course there are some who exceed these milestones and others who take a little longer to achieve them.

For Rich Humphreys, it appears as though he’s far surpassed them.

The 6-month-old’s parents Casey and Mindi told Good Morning America they worked with their son by enrolling him in infant swimming classes and practicing on land in order to get him acquainted with the water.

“We talked to his pediatrician and before we water-skied, he was super impressed by how far along Rich and he’s really well developed for his age,” Mindi said. “He said it’s fine and to not worry.”

Although they took many precautions prior to the stunt and the boat pulling Rich was reportedly only going 5mph and had a dozen people, including doctors and nurses, onboard, some took issue.

But the Humphreyses didn’t seem to mind. In fact, they saw the criticism as people caring for their child.

I really feel like the majority of criticism comes from people caring and people just being concerned and wanting the best for our child, so honestly we appreciate that.”

This isn’t the first time an infant has gone viral for waterskiing. In 2016, a 6-month-old made waves when a video of her waterskiing went viral.

What do you think about this stunt? Is it appropriate for a 6-month-old to go waterskiing?