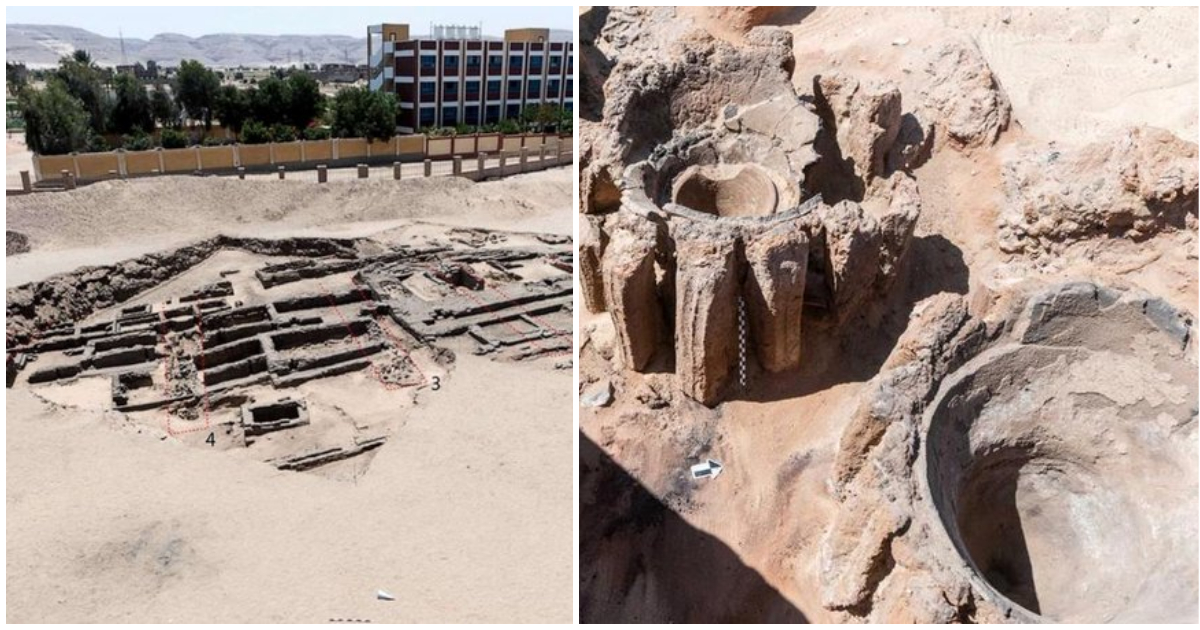 Human civilization has been going strong for thousands of years, and if there’s one thing we have in common with our ancient ancestors, it’s that we still love to kick back with a cold one.

Beer, today still the drink of choice for most bar hoppers and football game watchers, has in fact been around since the earliest civilizations. For as long as man has been harvesting grains, he’s been fermenting it into beer.

But these aren’t ancient homebrewers we’re talking about. It turns out ancient civilizations had their very own breweries. And recently, researchers discovered a 5,000-year-old site in Egypt believed to be the world’s oldest brewery.

According to the BBC, a team of archaeologists discovered the site in Abydos, Egypt. The site dates back to the era of King Narmer, the first pharoah of a unified ancient Egypt, who reigned 5,000 years ago.

While it doesn’t look like much today, this place was once the Anheuser-Busch of the ancient world, putting out beer in mass quantities. The archaeologists believe it to be “the oldest high-production brewery in the world.”

The site consists of eight 65-foot areas, each with 40 pots arranged in two rows. Grains and water were mixed and heated in large clay basins to produce the beer.

And you know they were making the good stuff, because this wasn’t just any beer, this was beer literally fit for a king.

According to AP, archaeologists believe that beer was used sacrificial rites in ancient Egypt, and this particular brewery was likely built to supply for nearby royal rituals.

“[The brewery] may have been built in this place specifically to supply the royal rituals that were taking place inside the funeral facilities of the kings of Egypt,” said archaeologist and mission co-head Matthew Adams of New York University, according to BBC.

No word on if the brewery also offered tasting tours.

We’ve come a long way in the past 5,000 years when it comes to beer production, but our love for beer remains the same.