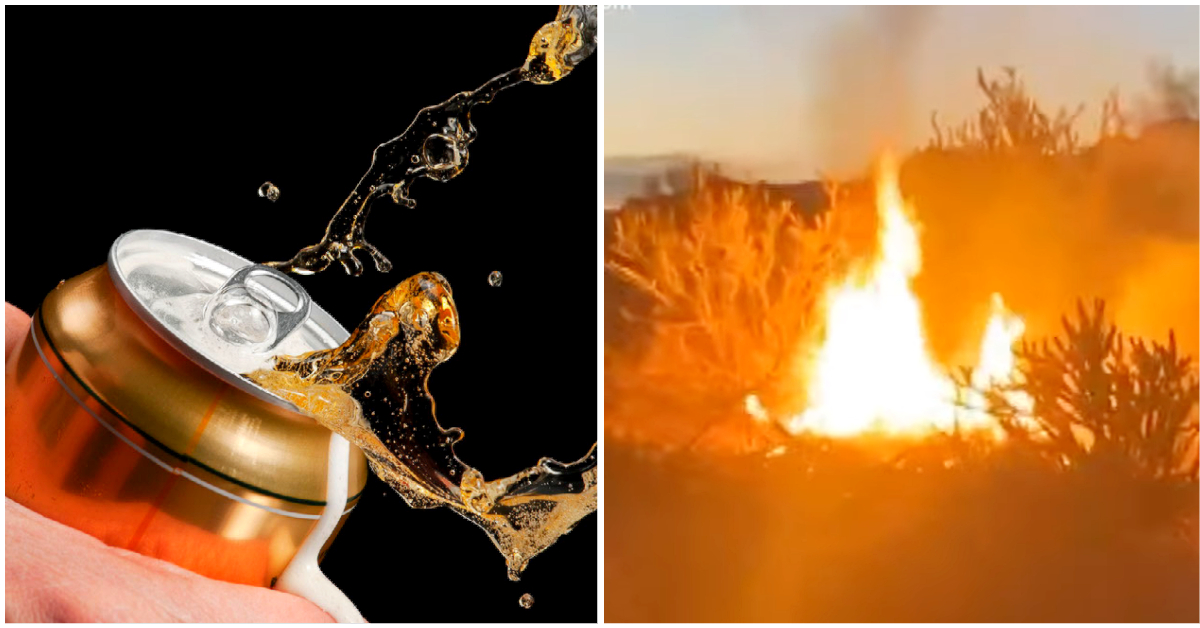 Beer: is there anything it can’t do? It’s the perfect drink for relaxing after a hard day’s work, catching up with friends or working up the confidence to hit the dance floor.

But sometimes beer can actually save the day. That’s what one group learned recently, after they used a case full of cold ones to avert a serious disaster.

Early Monday morning, teen couple Evelyn Williams and Gabe Corrillo were driving to work in Phoenix, Arizona when they noticed something burning in the desert. A fire had broken out, and was quickly spreading.

The teens pulled over and got out of their car, hoping to stop the fire’s spread. They were worried that it could soon reach homes nearby.

They called 911, but it didn’t seem like help was coming. No one was at the sheriff’s station down the road, and they couldn’t reach any firefighters, seemingly because it was the early hours of Memorial Day.

Instead, they improvised, trying to quell the flames by kicking and tossing sand into it. But it was little use, as the fire had already gotten too big.

Then suddenly, a stranger came along to help them — and had the perfect solution to their problem: a cooler full of beer.

According to KPNX, the man started taking cans from his 20-pack, shaking them and pouring them over the fire.

Though under the drinking age, the teens started grabbing beers, and the three were able to successfully extinguish the remaining fire with just some cold ones.

While we usually don’t condone pouring beer anywhere other than your mouth, we”ll make an exception in this case. It was a worthy sacrifice.

As Homer Simpson once said, “To alcohol: the cause of, and solution to, all of life’s problems.” Never underestimate the power of beer to save the day.

Share this story to spread the word about beer’s miraculous power.