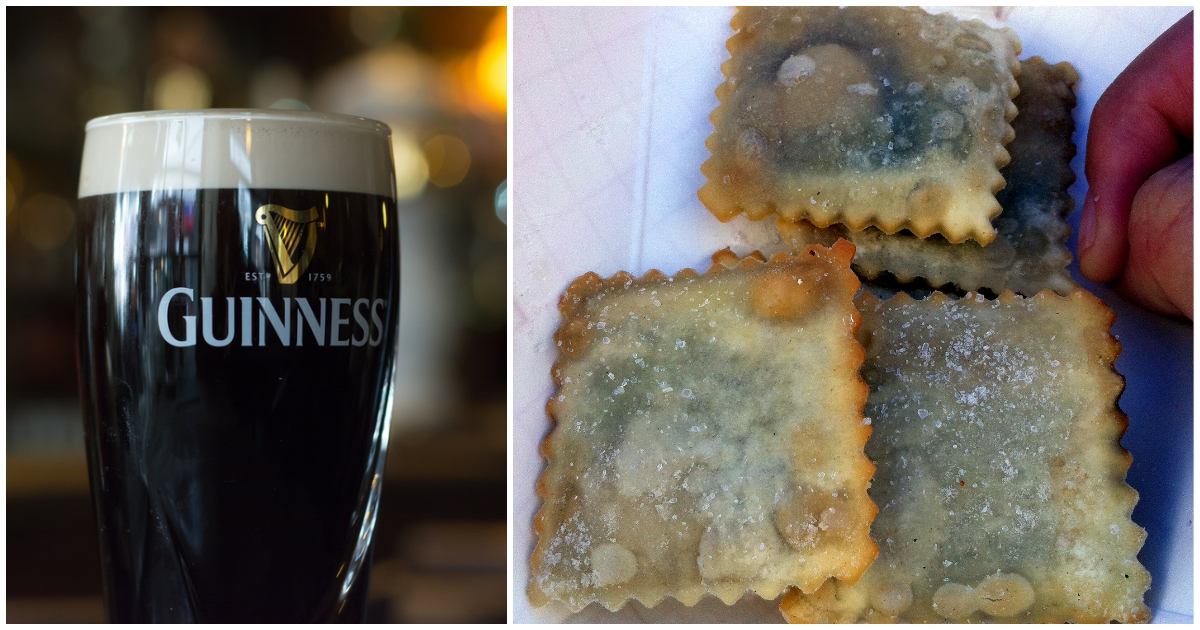 Anyone who’s been to a state fair knows there’s no snack that can’t be improved with a deep fryer. Twinkies, Oreos… fry it up and serve it on a stick, and we’re there for it.

But what about beer? Could the already greatest thing on earth be made even better with a deep frying?

Leave it up to the Lone Star State to answer that question. Yes, deep-fried beer is a real thing, thanks to a man from Texas.

This unbelievable concoction is the creation of Mark Zable, an amateur chef who spent two years dabbling with the recipe.

After much trial-and-error and a few burns, he finally figured out how to deep fry a liquid. He believes he’s the first person to do so.

“Fried beer’s exactly like it sounds,” Mark told NPR. “I’ve taken dough, put beer in it and deep fried it.”

The end result looks something like a ravioli, but filled with liquid beer:

It’s hard to get the full effect from just the photo, which just looks like odd ravioli, but by all accounts it’s an enjoyably tasty meal.

“It tastes great,” Mark said. “Tastes just like eating a pretzel with a beer.”

He debuted his creation at the Texas State Fair in 2010: “One bite and the escaping beer serves as a dipping sauce,” the fair’s site describes.

While he was sure to keep quiet about the secret recipe, he told The Star that the primary ingredients were salty pretzel dough and Guinness.

So for anyone who loves washing down some pub pretzels with a cold one, this snack might be the bite-sized treat of your dreams.

“It tastes like you took a bite of hot pretzel dough and then took a drink of beer,” Mark said.

In the Texas State Fair competition, the fried beer took home “Most Creative,” although it was beat out for “Best Taste” by “Texas Fried Fritos Pie.”

(We would’ve gained a lot of weight at this fair. If only we had a time machine.)

It isn’t clear if Mark is still serving up his deep fried beer anywhere else, and we’re a little afraid to attempt to make it ourselves, but this is definitely something we’d like to try—we gotta have beer in all its forms.

Do you want to try deep-fried beer? Share this story with your thoughts on this very unique creation.