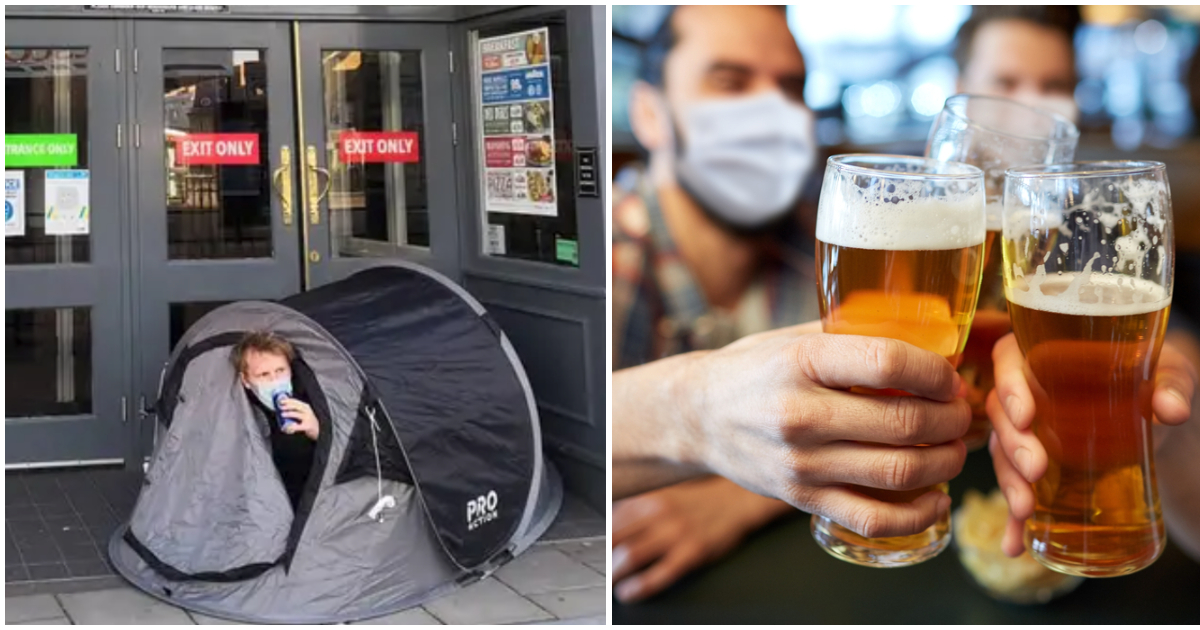 For more than a year, the coronavirus pandemic has changed all of our lives in countless ways. But for a certain type of person, the absolute worst part was that the bars were closed.

Lockdowns and social distancing regulations made it difficult to grab a beer with our buddies, with many drinking establishments closed altogether. It’s been especially hard for people in the UK, who are famously passionate about their pub culture and who have endured a lengthy lockdown.

But now, easing restrictions means that the pubs have finally reopened — and locals did not hesitate, not wasting a moment before getting back to their favorite spots.

As part of the government’s reopening timeline, pub beer gardens were officially allowed to reopen at midnight on April 12. And according to reports, locals actually camped outside pubs, as one would for hot concert tickets, just to be among the first to grab a beer after the lockdown.

TikTok user Scott Lowe was one of them, camping across from his favorite pub, excitedly waiting for it to finally reopen.

According to LADbible, a man named Urwin also sent up a tent outside the local Pilgrim’s Progress.

He says that the pub isn’t taking reservations for their beer garden, and it’s that crucial for him to grab the first pint.

Others didn’t go as far as to camp out, but still made it a top priority, celebrating the reopening on day one.

Steve Zacharanda waited outside his pub The Wellington from 10 am, telling Metro that he had been “dreaming of that first pint of Guinness for months.”

“I opened my eyes this morning and the first thing I thought of was pubs. And I smiled,” he said. “I’ve not been able to have a draught pint in Brum since November. I’ve not had the joy of laughing at a friend’s joke with a pint in my hand this year.”

With COVID-19 still a threat, pubs are far from back to normal. The reopening applies to outdoor beer gardens — many of these day-one drinkers reportedly braved freezing weather — and customers must remain seated while drinking in groups of no more than six.

Still, it’s a big step towards returning to normalcy, one that it’s clear people are eager to embrace.

“There will be no darts or barstool prophecies but there will be human beings I can enjoy being with,” Steve told Metro.

Welcome back, pubs. We’ve missed you 🍻

Share this story with someone who would camp out for a beer.